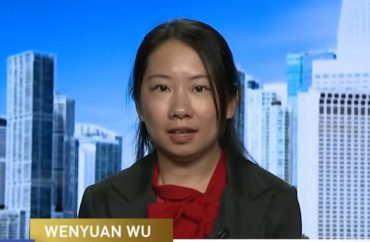 In most cases, measures to abolish racial preferences in the public sphere were passed by popular votes on the ballot.

A closer look at the civil rights campaigns against affirmative action reveals an untold story: Americans of African and Asian descent, rather than white supremacists presented by the media and academia, are increasingly spearheading these movements.

Nearly two years ago, the Department of Education’s Office for Civil Rights restored a policy notice dating back to the George W. Bush administration. It instructs all schools receiving federal financial assistance to strictly observe relevant Supreme Court rulings on the use of race in college admissions. Soon after, the Justice Department rescinded seven policy documents that promoted racial balancing in postsecondary education.

Disapproving public attitudes toward racial preferences also align with evidence of the policy’s practical failures. Richard Kahlenberg’s 2014 critique argues that the academic achievement gap by income is twice that by race. A New York Times analysis from August 2017 shows that blacks and Hispanics are more underrepresented at selective colleges than 35 years ago.

Slowly but steadily, affirmative action programs centered on rigid racial lines are losing their appeal in the American public. Their fateful decline, however, is often attributed to actions of white conservatives.

A 2019 Brookings Institution study cites statistical evidence correlating affirmative action bans with percentage changes in white students attending state flagship universities. At a recent Inside Higher Ed conference on college admissions, I was challenged to answer to my “perceived” role in aiding and abetting a white supremacist agenda against race-conscious measures.

These arguments, however eloquent, overlook the limitations of statistical models and oversimplify the complex history of citizen-led campaigns against race-based affirmative action.

Since the mid 1990s, black civil rights activists and organizations, represented by Ward Connerly and his American Civil Rights Institute, have been an integral part of various coalitions to defeat racial preferences.

They campaigned tirelessly through public advocacy and legislature lobbying in California, Washington, Michigan, Oklahoma, Nebraska, Arizona, and Colorado. Most recently, Connerly and the ACRI have been instrumental in advancing Idaho’s legislative ban on affirmative action – and they are not alone.

His rhetoric against shallow equity and fights for constitutionally mandated equality are shared by prominent black intellectuals such as Thomas Sowell, John McWhorter and Shelby Steele. The ACRI’s mission to protect equal rights for all Americans is echoed by black civil rights groups including the Woodson Center, Project 21 and 1776 Unites.

MORE: Education reformer runs for Congress to fight socialism he left in China

These prominent voices are grounded in public opinion: According to the 2019 Pew survey, 62 percent of black respondents argue that race or ethnicity should not be a factor in college admissions.

In 1994, Chinese-American lawyer and civil rights activist Lee Cheng brought a lawsuit against the San Francisco Unified School District to end its cap on Chinese students at Lowell High School. In 2014, Asian-American grassroot organizations collaborated with national nonprofits such as the 80-20 National Asian American PAC and my organization to push back SCA5, a California constitutional amendment to challenge Proposition 209, the state’s affirmative action ban.

Beginning in 2015, my organization, the Asian American Coalition for Education, has led civil rights complaints to pursue elite colleges such as Harvard, Yale and Princeton for their anti-Asian biases. We supported and coordinated various local efforts against racial balancing in K-12 education in New York City, Maryland, Washington State and Connecticut as well.

Convergences between black and Asian campaigns

Notably, black and Asian civil rights movements have found important points of convergence. As early as 1996, a small group of Asian-American organizations in California worked in parallel with Connerly’s California Civil Right Initiative to pass Proposition 209.

The nascent alignment has turned into alliances in recent years. Last year, the ACRI cooperated with the American Coalition for Equality, Let People Vote and Asian American Rights Association to reject legislative attempts (I-1000, R-88) to bring back race-based affirmative action to Washington state. In February, the ACRI also joined my organization, along with another 289 groups, in a joint friend-of-the-court brief protesting Harvard’s uses of racial quotas, racial stereotypes and higher standards against Asian-American applicants.

The powerful defense of an ineffective and disastrous social policy accentuates the need for a cross-race alliance united by a shared vision to uphold America’s founding principles of equality and individual liberty. Such a new consensus will also encourage productive exchanges of intellectual ideas and civil capacity-building to thwart the social monopolization and appropriation of minority thoughts and actions by radical politics.

Wenyuan Wu is director of administration for the Asian American Coalition for Education. She has a PhD in international studies from the University of Miami.