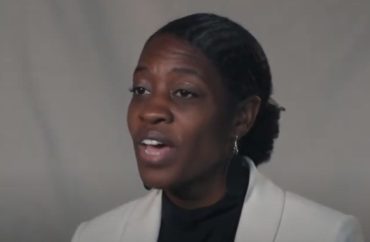 Woman who regrets her teenage abortion was supposed to speak

Two months after Emory University School of Medicine deans reportedly pressured a pro-life student group to postpone an event on the black abortion rate, the group has yet to nail down a date – or even confirm the event will happen.

The invited speaker for the webinar “Is Abortion a Black Issue?” is a black woman, Toni McFadden (above), and Emory Medical Students for Life includes at least one black leader.

Yet a black feminist coalition accused the pro-life group of racism and sexism by even broaching the issue of race and abortion, and demanded the administration shut down the Nov. 2 event.

A month before The Emory Wheel reported on the dispute, Breitbart News said it had obtained the Oct. 29 letter to the Emory Med community demanding the cancellation of the event.

Eley told the Wheel that the school supports “freedom of expression for all our students.” He did not address the administration’s reported role in the event’s indefinite postponement, saying the pro-life group “made the decision to postpone it” after “hearing the concerns voiced by fellow students.” 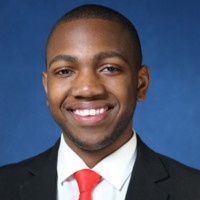 The College Fix has been unable to find contact information for Emory Medical Students for Life except for Malik Nelson (left), who is described by the Wheel as a member of the group’s leadership. He has not responded to a query via LinkedIn, the only contact method The Fix could find.

A spokesperson for Students for Life of America told The Fix Dec. 17 that it was “working with the school to find a good time for this.”

In a text Monday night, she said that nothing had changed, but confirmed that the delay was not due to “a conflict on [McFadden’s] end.” She wasn’t sure if the student group needed administrative permission even to host an online-only event.

Emory Med has steadfastly denied that it pressured the pro-life group to reschedule the event. It told The Fix in a Dec. 10 email that the students “made the decision to postpone it,” citing the same statement Eley gave the Wheel.

Laura Diamond, assistant vice president of communications and public affairs, declined to answer whether the event was more likely to be held in person once COVID-19 restrictions are lifted and campus is open to student events.

“We have nothing to add beyond” the statement attributed to Eley, she said Dec. 15. The Fix has subsequently asked whether the student group needs administrative permission for an online-only event.

McFadden joined SFLA this summer as its “minority outreach and healthy relationships director.” She has given presentations under the title “Relationships Matter” for at least a year and a half, offering to speak to groups as young as middle school students.

While her program is intended to “educate the youth on the degradation of sex in our culture” and equip them for relationships that “honor their spouse in the future,” she also talks explicitly about the abortion rate among African Americans.

“It’s time to wake up to the genocide facing the black community,” McFadden said in a June video for SFLA. “Planned Parenthood is lying to us. We have always been their target from day one.”

She said the abortion provider’s founder, Margaret Sanger, saw blacks as “an inferior race, scum and human weeds that needed to be exterminated,” and that Sanger’s legacy continues at the organization today. (At least one black student group has acknowledged the “racist roots” of the organization.)

But McFadden’s personal history is the crux of her qualification to speak on the black abortion rate. The married mother of four wrote about her own abortion as a high school senior for the pro-life group Live Action last year. She converted to Christianity in college and soon started working at a pregnancy resource center.

It’s not clear when Emory Med’s pro-life group was created, but in September a fellow medical student implied that she listened to a conference call announcing the group’s formation.

“Members on the call also openly expressed anti-contraceptive and transphobic viewpoints,” Chloe Donegan tweeted. She criticized the idea that abortion is analogous to racial violence. Another Emory Med student claimed: “Racist remarks were also not denounced” on the call.

The Oct. 29 letter to the administration was issued by “Black women at Emory University School of Medicine,” according to Breitbart. It characterized the letter as claiming that “pro-life groups target the lives and livelihood of Black women and thus have no right to speak.”

(None of the groups appears to have posted the letter on social media. Neither Breitbart nor the Wheel has posted its obtained materials.)

‘Free speech has always, and continues to be, used to protect whiteness’

The letter seeks to lump pro-life students with the “misinformation and anti-science rhetoric” around the COVID-19 pandemic, which “can cause serious and sometimes fatal consequences,” according to the Wheel.

The administration’s failure to respond to the “unfounded and harmful claims” of pro-life students would mar the “uncorrupted” medical education that students receive.

“The malevolent falsehoods professed by pro-life groups such as Emory Medical Students for Life, that claim to be scientific, empirically based, secular, and apolitical, have failed on all fronts, and as a result have both directly and indirectly targeted the lives and livelihood of Black women,” the letter declares, according to Breitbart:

Free speech has always, and continues to be, used to protect whiteness and white supremacist narratives. It has always been used against Black and brown communities to silence them and to punish them for speaking truth to power.

It’s not clear what the signatories consider “malevolent falsehoods.” The Wheel article notes that the letter refers to articles on the Students for Life of America website that doubt the mantra of “safe sex” and argue that abortion-inducing birth control leads to more abortion.

“How can Medical Students for Life purport to be advocates and protectors of human life when they so egregiously seek to deprive women, especially Black women, of essential health care services?” the letter says.

The signatories promise that they will “not allow anyone in our sphere of influence, including Emory Medical Students for Life, to perpetuate this sadistic, unjust, and detrimental behavior” toward black people.

Yet the Wheel paraphrased the letter as also asking the administration to “issue a statement that expresses support for freedom of speech.” Quoting the letter, it said this statement must be “balanced with information sharing that is evidence-based and truthful.”

It’s not clear if the letter ever acknowledged that McFadden herself is black or that she has publicly spoken about her abortion. The Wheel reported that the students who organized the letter cited the “lack of Black female leadership” in Emory Med Students for Life as prompting their outrage.

The organizers accused the pro-life student leadership of having “publicly condoned and excused sexual assault,” but apparently did not elaborate.

The Wheel editorial, which also denounced the “anti-choice” students, mentioned McFadden by name but never disclosed that she is black or herself had an abortion, implicitly denying the validity of her lived experience as a black woman.

It did not tell readers about McFadden’s argument that Planned Parenthood has targeted the black community with “genocide” since its founding. (The Wheel news article, which came later, discloses McFadden’s race but not her abortion.)

The editors sought to connect “systemic racism” to “the fight for abortion rights and health care equity.”

By posing the question of whether abortion is a black issue, the pro-life group is “implying that these womens’ disproportionately high abortion rates are their own fault,” and hence “neglecting America’s history of severe medical racism.”

Pro-life students should instead “address health care inequities that disproportionately harm Black women,” including “the systemic barriers stacked against them,” the editorial said.