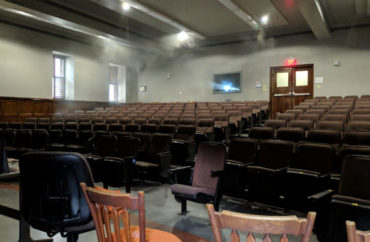 AUSTIN – Ryan Bomberger knows what it’s like to face opposition on campus.

The black pro-life activist was shouted down at Harvard Law School and called a “fucking piece of shit.” Student government leaders at an elite Christian college accused Bomberger, who was conceived in rape and adopted, of making people of color on campus feel “unsafe.”

And now he knows what it’s like to be smoked out of his own speaking engagement.

Rather than ignore the event, attend and ask pointed questions, or stage a peaceful protest, an unknown protester set off a smoke bomb during Bomberger’s appearance at the University of Texas-Austin Monday night.

The smoke bomb triggered the fire alarm in the building where the Young Conservatives of Texas were hosting the event. After the attendees were evacuated, the event went forward with no issue in another building. 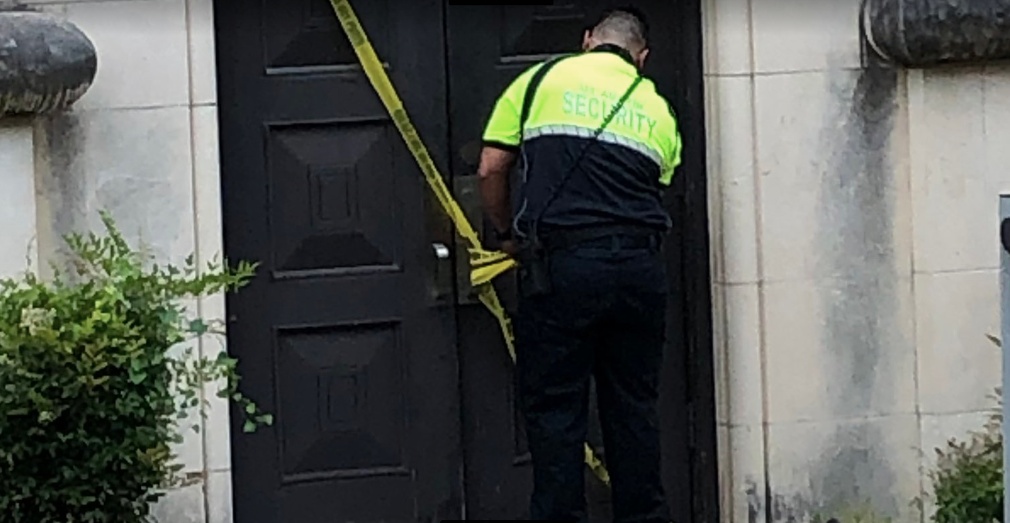 No group has taken credit for the act and no suspect has been apprehended so far, though campus police confirmed a criminal investigation is underway.

“All members of the university community and their guests must be able to express their views without interference,”  UT-Austin spokesperson J.B. Bird told Campus Reform. “Attempts to disrupt speakers not only violate university rules but also go against the values of free expression that are vital to our campus.”

The timing of the disruption was fitting. On the same day, the Texas House of Representatives approved a bill that would require colleges to punish members of the campus community who use the heckler’s veto.

“This is why we need” HB 2100, bill sponsor Rep. Briscoe Cain tweeted Monday night, retweeting the YCT post on the disruption.

Two years ago, Cain himself was deplatformed by an historically black university in response to the heckler’s veto, even though its law school had approved the Federalist Society chapter event.

‘A cowardly act’ by the opposition

“The attack on prolifers at UT Austin … failed,” Bomberger responded in a blog post for his nonprofit Radiance Foundation.

“There was nearly an hour of Q&A, giving anyone across the ideological spectrum an opportunity to challenge and be challenged in a civil and constructive way,” he wrote. “That’s how freedom works.”

The forceful disruption of its events is par for the course for the Young Conservatives of Texas.

At a rally supporting the nomination of Brett Kavanaugh to the Supreme Court, one of its members was assaulted. One had a sign ripped out of her hand, which was then chewed and torn through by a protester.

Other members have been doxxed by Antifa for participating in political advocacy. A week after University Democrats President Andrew Herrera directed his group to silently protest a YCT demonstration in November, he called for YCT to be shut down.

“Throughout my years in YCT, I’ve dealt with protestors and hecklers of all sorts,” Ashley Vaughan, former chair and current junior vice chair, told The College Fix in an email.

“I’ve spent hours discussing and debating with my fellow students about issues such as affirmative action, the right to life, and many others,” she said:

While we do face backlash, in my experience students have been willing to engage with us, but not this time. The use of a smoke bomb was a cowardly act that leads me to believe the opposition was unwilling to defend their beliefs and instead turned to lawless tactics.

Someone just set off a smoke bomb at our Pro-life event with @ryanbomberger and @TexasYCT.

You know you’re a coward when the only way you can combat facts is with violence.

These people are scum of the Earth. #intolerance #liberalbigotry

“Today’s act of petty sabotage shows the inability of far-left activists to engage in the civil dialogue needed to ensure a healthy environment of free speech on college campuses,” Sharma said. He called on Republican Gov. Greg Abbott and elected officials below him to “protect campus free speech in every way possible,” from passing HB 2100 to nominating regents who will “prioritize students’ rights.”

The legislation would require universities to develop policies to protect the First Amendment rights of students on campus. They would have to include “disciplinary sanctions for students or student groups or organizations who unduly interfere with the expressive activities of others on campus.”

HB 2100 shares many provisions with a bill signed into Oklahoma law the same day the Texas bill passed the House.

“College campuses should be bastions of free speech where reflective thought and constructive debate hone young minds in the marketplace of ideas,” sponsor Cain said in a House Republican Caucus press release on the bill.

“Though the U.S. and Texas Constitutions both expressly affirm the right to speak freely, institutions of higher education have increasingly worked to limit the fundamental liberty of expression” for students, student organizations and invited guest speakers, he said.