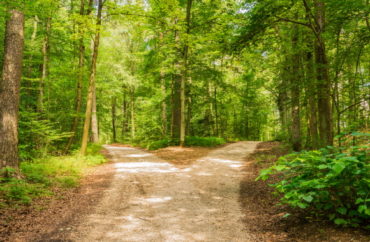 Over at the James G. Martin Center, teacher and writer Josh Herring makes a philosophical case for the value of the traditional four-year liberal arts degree.

He acknowledges many people doubt the value of such an education, and for good reasons: soaring costs, cheaper alternatives, administrative bloat, the dominance of woke culture and the lack of obvious market value.

Despite these pitfalls, Herring writes, the college experience can be a treasure worth the price.

Inspired by philosopher Soren Kierkegaard’s “Either/Or,” he mounts the case by outlining two opposing archetypes of college life — not real lives, but models with traits exaggerated for emphasis — the Aesthetic and the Ethical. The former is all too common and gives college a bad rap. The latter is hard but can make it all worthwhile.

The student pursuing the Aesthetic life ignores the call to make moral choices and take responsibility for her life. On today’s college campus, perhaps she dabbles in easy courses and low-stakes activism and indulges in party culture and the luxury creature comforts of her coddling campus. She doesn’t study deeply, so she doesn’t develop the habits to face the moral demands of a life lived with integrity.

The Ethical student, in contrast, goes to college, at least in part, to transform herself into a better human being.

“The task of college,” Herring writes, “is to produce within the student an awareness of the possibilities and the necessities of self-formation. Transformation occurs in the realization of the choice between different ways of life, and the determination to form the self through choosing.”

Whether her major is English, math, science or philosophy, the student pursuing the Ethical path “encounters professors who challenge, texts that perplex, and questions that require answers.”

This trains her to make just and prudent decisions throughout her life. This is crucial, because life will surely give her moral emergencies and force her to make hard choices.

The alternative to taking this path is not to escape ethical choices, but to lose the capacity to make them responsibly and reflectively. This is what the Aesthete risks, Herring said. He quotes Kierkegaard: “So many live out their lives in quiet lostness; they outlive themselves, not in the sense that life’s content successively unfolds and is now possessed in this unfolding, but they live, as it were, away from themselves and vanish like shadows.”

Those who pursue a serious education, Herring stated, may escape this fate. They will have developed the habits to choose where their lives go, instead of passively accepting their circumstances, and to do this with integrity.

College is the right place for developing these habits, Herring wrote, because it can’t be done quickly or without support: “It requires a prolonged season of sustained study guided by those who have gone before the student on this path of transformation.”

If students ought to pursue the Ethical path, the college should live up to their needs by becoming “places where that kind of transforming work occurs.” This can’t happen, Herring wrote, in a university climate where most faculty are adjuncts, or all classes meet online.

“Professors, office hours, and rigorous academic expectations all contribute to shaping the student into who he or she is becoming,” he stated.

This is a high bar, but it is the best way, Herring stated, for expensive, elite four-year colleges to justify their existence.

Even more, perhaps many of the liberal arts college’s wrong turns and failures can be traced to the abandonment of this mission for a misplaced goal — career security, student safety, or social transformation — that it was never equipped or designed to guarantee.

So, Herring asks, “Where does the academy go from here?”

“By articulating how college can summon students to see more deeply into reality and transform the student into a person who accepts the seriousness of self-formation, colleges can reinvigorate their calling and attract students who long for a sense of meaning and purpose,” he stated.

“Such students see collegiate study as the route to determining who they become.”

MORE: The Value of a Liberal Arts Education