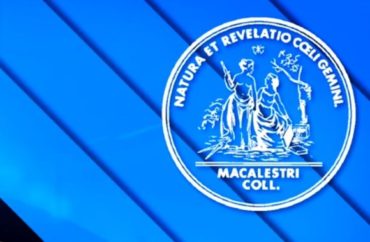 A private liberal arts college in Minnesota has stripped the name of its founder and first president from a campus building due to his “racist and dehumanizing” language about Native Americans.

The mid-November decision by the Macalester College Board of Trustees means the name Edward Duffield Neill will no longer grace its humanities building.

The decision was made after an uproar among students who researched Neill’s original writings and stances on settler colonization, assimilation and similar topics.

The university’s student-run newspaper, The Mac Weekly, has detailed some of Neill’s writings.

“In his ‘History of Freeborn County,’ Neill wrote that, ‘The white race, some two hundred years ago, had entered upon the material conquest of the American continent… came in contact with a race of savages with many of the traits peculiar to a common humanity, yet, with these, exhibiting all, or nearly all, the vices of the most barbarous savage races,” the Weekly reported.

“Later in the same passage, he wrote, ‘The white man was at once acknowledged, the Indian being judge, superior to the savage race with which he had come in contact… The inferior race must either recede before the superior, or sink into the common mass, and, like the raindrops falling upon the bosom of the ocean, lose all traces of distinction.”

Tokosang Lokule, a student at Macalester College and a member of the student group Black Liberation Affairs Committee, told The College Fix via email that “walking in Neill Hall really got me and other students mad knowing that this man stood for white supremacy.”

Tokosang said she feels that “by Macalester and other colleges taking action in renaming buildings, they are taking a step in the right direction.”

The Proud Indigenous People for Education at Macalester College, which helped lead the charge to get Neill’s name removed, did not respond to The College Fix’s requests for comment.

Neill was a well-known Presbyterian pastor, served as the first superintendent of public instruction for Minnesota and the University of Minnesota’s first chancellor, then went on to found Macalester College and serve as its president from 1874 to 1885.

In October 2013, the board voted to change the name of its humanities building to Neill Hall in an effort to remove confusion, as most of the humanities departments are not housed in the building, as well as “to honor the founder and first president of the college,” according to a statement by Jerry Crawford, board chair, and Brian Rosenberg, the current president.

“Now that those writings have been discovered, however, they cannot be ignored or dismissed,” the statement continued.

“All on the Board are keenly aware of the complexity surrounding the question of renaming buildings and of judging figures in the past by the standards of the present,” Crawford and Rosenberg wrote. “We are aware that even people who do good things can also do bad things, and that history is complicated. But we believe, too, that abhorrent beliefs and writings that stand out even within an historical context should not be overlooked, and that continuing to honor Neill as if these beliefs and writings were not unearthed would be wrong.”

The board will now work to determine a way to “acknowledge both the accomplishments and the racism of the Reverend Edward Duffield Neill,” as well as to form a committee to recommend new names for the building.

This is not the only instance where campus leaders have changed names of buildings.

At the State University of New York New Paltz in March of this year, six campus buildings names were changed because they were named after slave owners. The buildings were named named after New Paltz founders who fled Europe from the French Monarchs’ religious persecution to the New World, subsequently establishing the town in exodus during the 17th century.

Yet earlier this year, the University of Minnesota voted against renaming four campus buildings linked with racism.