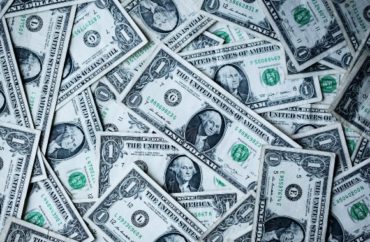 Cornell University recently announced that the university has received a $5 million grant from the Mellon Foundation to study the link between migration and racism.

The grant will support efforts by the university’s Migrations: A Global Grand Challenge project to “respond to historical and ongoing nativist and racialized violence in the U.S. by turning the university into a living laboratory,” according to a news release. The research endeavor is titled “Cross-Border Movements: Racism, Dispossession, and Migration.”

The migrations project is an interdisciplinary undertaking of Global Cornell to study the movement of “all living things,” according to its website. “Education—through multidisciplinary research, teaching, and engagement—can prepare future leaders, scientists, policymakers, entrepreneurs, and community members to thrive in a world on the move.”

The grant is part of the Mellon Foundation’s Just Futures Initiatives recent funding round totaling $72 million.

“Receiving this Mellon grant will allow us to continue to build on strengths in the study of racism, dispossession, and migration,” Gerard Arching, professor in Africana Studies and one of the project’s co-organizers, told The College Fix via email. “I am excited by the opportunities that we’ll now have to bring professors and students together to examine and propose solutions for urgent local and world problems such as these.”

Arching said that the project will take three years to complete but did not provide any other information on metrics for his project.

The project will focus on three separate areas, according to university officials. The three interdisciplinary themes are “Authority, Governance and Racial Justice,” “Climate, Dispossession, and Natural and Built Environment,” and “Trafficking, Displacement and the Right to Stay Home.”

The Fix reached out to Cornell University for more information on the metrics for the projects, but Laura Washington, a spokesperson, deferred questions to Shannon Gleeson, another spokesperson.

Gleeson did not respond to multiple emailed requests for comment in the past week on what the university hoped it would accomplish with the research.

“Working with students and community members, the goal is to transform the university, amplifying the diversity of voices embedded on our campus, with a focus on the often-fraught experience of mobility,” Wendy Wolford, a professor and vice provost, said in the school’s statement.

She did not respond to multiple emailed requests for comment in the past week on how students would benefit from the grant.

Researchers will also develop a “pedagogy beyond borders” that will allow the project to extend beyond the campus. University officials said there will be a “partnership with farmworker communities in upstate New York, upstate and downstate refugee communities, racial justice activist groups on and off campus, and border communities in Buffalo, New York, and El Paso, Texas.”

“Faculty will partner with experts on campus and from historically Black colleges and universities and tribal colleges to design online, open-access mobile courses,” the news release said.

The New York university has received grants from the Mellon Foundation before, including a $500,000 grant in 2014. The funding went to efforts for Cornell to “expand its digital liberal arts efforts” and create a “summer research institute” according to the university statement.