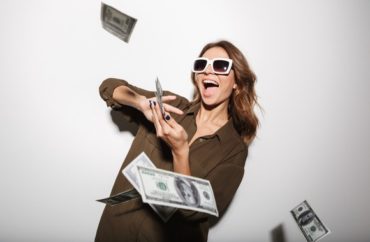 Follows a trend of pouring money into anti-racism projects

The Mellon Foundation recently announced that 16 projects would receive up to $5 million as part of its Just Futures Initiative.

The funds will “support multidisciplinary and multi-institutional collaborative teams producing solutions-based work that contributes to  public understanding of the nation’s racist past and can lead to the creation of socially just futures,” according to a January 13 news release from the organization.

The recipients include Brown University for research on “Reimaging New England Histories: Historical Injustice, Sovereignty and Freedom” and the University of Michigan for “Research for Indigenous Social Action and Equity Center: Undoing Inequality.”

“The COVID-19 pandemic has surfaced deep inequities and vulnerabilities that have disproportionately impacted communities of color,” the nonprofit organization explained. “The Mellon Foundation sees the humanities playing an important role in envisioning the future by helping to shed light on the past, make meaning of the present, and analyze the conditions required for socially just futures.”

Just Futures is a new initiative launched in August by the foundation.  The initiative will create “new forms of knowledge” which will include “curricula, public forums, museum exhibitions, publications, podcasts, and more.”

“[T]hese visionary thinkers and changemakers will help us understand the past, make meaning of the present, and analyze the conditions required for socially just futures,” the foundation said.

The College Fix has covered the popularity of pouring money into anti-racism projects post-George Floyd’s death. In the past year, universities including Loyola University Maryland, Temple University and Shippensburg University.

Likewise, the University of Michigan announced $260,000 in grants for projects to combat racism. Penn State announced $1 million for research into “systemic racism.”

Oftentimes the university releases a press release trumpeting their role in fighting racism and then doesn’t answer questions about what will be accomplished and what the metrics for success are.

Or in the case of a collaborator with Ibram Kendi, the professor may just ignore direct questions about allegations that the anti-racism proponent fails to follow through on his promises.

The Fix will continue to investigate the actual results and benefits of funding into anti-racism and racial justice projects.

It’s important to hold universities accountable when they take in and spend millions on institutes and projects that win them media coverage.