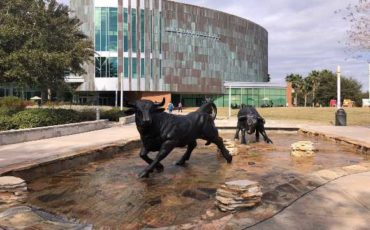 State ‘sovereign immunity’ does not exempt the public university from litigation

A class action lawsuit alleging the University of South Florida failed to offer refunds for services it did not provide during the COVID-19 shutdown can proceed despite a challenge, a state appeals court ruled June 1.

Doctoral student Valerie Marie Moore had filed the suit in March 2021, Florida Politics reported. She argued in her initial motion that USF officials did not refund any fees students paid for on-campus services after it moved most classes online due to COVID-19.

Moore sought damages on behalf of all USF students who paid fees for on-campus services in 2020 and 2021 but did receive them, alleging breach of contract, Florida Politics reported.

USF had appealed a trial court’s rejection of its motion to dismiss the case in which it asserted the defense of “sovereign immunity,” according to Jurist.

The U.S. Constitution prohibits some lawsuits against individual states. “Sovereign immunity” has referred to the states’ exemption from litigation afforded by the the Constitution, according to an article on the Foundation for Individual Rights’ website.

USF claimed that as a public university it should be legally regarded as an extension of the “sovereign” state of Florida and thus enjoy “sovereign immunity” from lawsuits.

However, in his ruling, Judge Darryl Casanueva of Florida’s Second District Court of Appeal stated that “when the state enters into a contract authorized by general law, the defense of sovereign immunity will not shield it from litigation.”

Judge ruled that student could sue FSU for breach of contract

Judge Casanueva described FSU’s promise to provide services as contractual, noting that when Florida law authorizes a “state entity” such as a university to enter into a contract, “it clearly intends that the contract be valid and binding on both parties.” He also noted that the “terms and conditions” of the student registration included “a promise by USF to provide any specific services in exchange for the fees it charged students.”

This means that USF cannot evade the suit on the grounds it proposed, so Judge Casanueva rejected its appeal, upholding a circuit judge’s denial of the sovereign immunity defense. The case will move forward.

However, Casanueva stated in his decision that the ruling was “without prejudice to USF’s right to again raise the defense of sovereign immunity if supported by the facts.”

The USF lawsuit is one of many that have been brought against universities in Florida and other states following early pandemic shutdowns, according to WUSF Public Media.

MORE: Why I filed a lawsuit against university COVID vaccine mandate