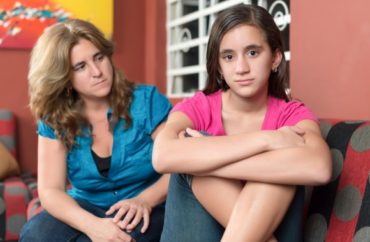 Shifting  from pottery to STEM, with some help from non-profits

When the COVID pandemic struck, art teachers were in a bind. Learning in K-12 public schools was retooled for remote learning but it could be difficult to adapt art lessons because most children did not have artistic resources such as clay or pastels on hand.

In Florida, a nonprofit organization called Code/Art made the best of a bad situation by training art teachers to code, The 74 reported. Code/Art demonstrated the possibilities of using code to create digital art. This made it possible for many students to continue art education from home.

Although Code/Art developed a program to further all children’s art education from home, it is particularly focused on girls.

Code/Art’s mission, according to its website, is to increase the “number of girls studying computer science by delighting and inspiring them with the creative possibilities of computer programming.” By inspiring them to code through art, the organization hopes change the currently the male dominant world of software developers.

When people think of coders, the stereotype is of a geeky male who might be interested in Minecraft and Star Trek. Since such interests do not apply to most girls, many girls believe coding is not for them.

Code/Art hopes to prove to girls that you do not have to be a geek to like coding. By appealing to the arts, Code/Art is tailoring its coding program to more female-centric interests.

A cottage industry in education

Other nonprofit organizations such as Girls Who Code and CODE, also seek to tailor their coding programs to girls interests.

Girls Who Code explains in a report titled “Cracking the Gender Code” that it is necessary to engage, “Young women by describing computing courses – and potential careers in the field – in ways that capture women’s strong interest in problem-solving, especially around real-world and social issues.”

CODE agrees but also points out the necessity of strong role models.

“Research shows that around age 12 both boys and girls have a similar level of interest in computer science. This difference is that women are half as likely to be encouraged to explore it. That’s especially important considering that students who are told by a parent or a teacher that they’d be good at the subject are up to 3x more likely to be interested in learning [computer science] in the future,” CODE states on its website.

All of these organizations are putting great effort toward transforming the currently male dominated world of coding. However, will future development of the industry render that emphasis almost beside the point?

“We’re going to miss out on technology that’s going to give us a wider range of solutions if we don’t have a more diverse workforce,” Code/Art’s founder Amy Renshaw told The 74.

The purpose of Code/Art, Girls Who Code, and CODE is to inspire girls to code in order to teach them valuable skills and level the gender gap. Girls Who Code claims they can do this for “all entry level tech jobs by 2030.” Yet by that point, these jobs will most likely be quite commonplace.

According to the Bureau of Labor Statistics, the job outlook for software developers, aka coders, will increase by a staggering 22 percent in the next decade.

That is a major increase compared with other jobs outlooks. If that comes to fruition, not only are there going to be a higher demand for software developers, but coding is going to become a common and required skill.

“Most parents say computer science learning is at least as important to a student’s future success as required courses such as math, science, history and English,” said one Gallup Poll from 2015.

Nearly 84 percent of parents – including parents of girls as well as of boys – say learning computer science is just as important if not more important than the core four.

If coding becomes as vital a skill to possess as reading, writing, history, and math, then the demand for it will likely force it out of its current geeky male enclave. And Code/Art curriculum will have given some artsy students of both genders a leg up.