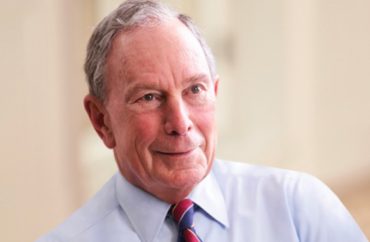 Michael Bloomberg’s latest commentary in the Wall Street Journal paints a picture of higher education that in reality does not exist, or at least is hard to find.

Bloomberg, while commenting on Florida’s Stop WOKE Act, painted a picture of higher education as one where ideas are openly debated back and forth and colleges promote vigorous discussion.

“Free inquiry and discourse—including professing ideas and beliefs—lie at the heart of higher education and democratic society,” Bloomberg wrote. He correctly notes that campus speakers are chased off or banned from campus – but appears to have his head in the sand when it comes to what goes on in college classrooms.

In both the sciences and humanities, rigorous debates based on facts, data and reason allow ideas and theories to be evaluated and amended, adopted and discarded, in ways that promote understanding, advance knowledge and teach responsible citizenship.

Higher education is rooted in intellectual exploration. Colleges that don’t expose students to challenging and uncomfortable ideas fail their pupils. The same applies to governments that attempt to block professors from offering their insights or forcing them to teach material as though all theories—like evolution and creationism—should be given equal weight.

Higher education should be rooted in intellectual exploration. Yes. But it is not. Note as well that he slips in there that governments should not require professors to give “equal weight” to “all theories.”

A trip to Bloomberg’s fantasy land

In the portrait he paints, college classrooms and faculty lounges are overflowing with free debate and expression.

The political science departments are evenly divided, with the Marxist professor saying that the government should seize the means of production, the libertarian free-market Ayn Rand disciple calling for limited government intrusion and the Catholic political theorist arguing for labor and management to cooperate in pursuit of the common good. Oh boy, what a wonderful place, the free exchange of ideas flourishing as great academic minds battle it out in a congenial fashion over strong tea. What a sight to behold.

Then they all go off to their separate classes, where students freely debate whether men can become women, whether children are harmed or benefited with having two parents of the same sex or whether environmental regulations help or harm society.

What a beautiful place, where the students exchange copies of their favorite philosophical works, with hardcore atheists agreeing to check out a book by St. Thomas Aquinas and socialist students borrow copies of Milton Friedman’s “Capitalism and Freedom” from the campus Turning Point USA club members. What a great place, this college is, “rooted in intellectual exploration.”

That sure would be great if it was real.

In reality of course, professors are punished and investigated for refusing to use a gender-confused student’s “preferred pronouns”, a law school dean calls for a “major sanction” against a professor for comments on the assimilation of immigrants and a Constitutional scholar is pushed out for offering legal advice to the president of the United States.

This echo chamber starts at the top.

Higher education is not currently a place that allows “rigorous debates based on facts, data and reason,” to flourish. It’s the opposite.