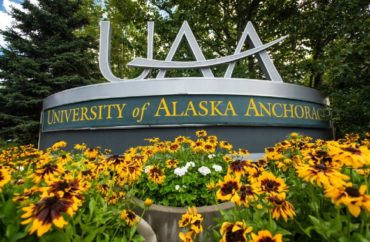 Democrat professors outnumber Republican ones 14 to 1 across 14 departments at the University of Alaska-Anchorage, the largest college in the state, according to a College Fix analysis of professors’ political affiliations.

The Fix analysis looked primarily at humanities departments as well as the justice and social work programs.

The Fix looked up the political affiliation of 96 professors and found 27 Democrats and two Republicans. Alaska is considered a reliable Republican state, with two GOP U.S. Senators, but one Democratic congresswoman, Mary Peltola, who recently won a special election.

Republican presidential candidates have won Alaska’s electoral votes in every election starting in 1968.

Forty-five professors could not be found in the state voter registration system, seven were registered as “nonpartisan,” and 15 were “undeclared.”

The Fix looked the professors up by name and primarily used the city of Anchorage as the presumed registration for citizens. Due to the location of the university, it is presumed that most professors would live in Anchorage.

Nonpartisan voters can vote in elections where candidates do not run under a political party, according to Ballotpedia.

The Fix contacted the two Republican professors and asked for confirmation on their affiliation and comment on the political situation on campus. One responded but asked not to be identified by name.

The respondent said that the political affiliation data found by The Fix is “believable” but professors “are not as crazy as some faculties in the lower-48, probably due to the taming effect of our state’s conservative population. Faculty here know where they are.”

“[In my opinion], the left has killed the liberal arts,” the professor said when asked for any additional comments “They’ve replaced serious study of serious books with propaganda, intellectually light curriculum and grade inflation. Faculty in the liberal arts can’t give a persuasive defense of the liberal arts anymore.”

University of Alaska public relations Director Austin Osborne did not respond to a request for comment on the findings sent in the past week. The Fix also asked if the university undertakes any specific recruiting efforts to identify talented conservative scholars to hire.

The Fix has found varying degrees of affiliation gaps through a number of investigative reports leading up to the 2022 midterm election. A recent report from the University of Oklahoma also found a 14 to 1 ratio of Democrats to Republicans.

Democratic professors at Ohio State University outnumber Republicans 7 to 1 while the ratio of Democrats to Republicans at the University of Nebraska-Omaha is 5 to 1, according to a Fix analysis.

The Fix has chosen not to publish a breakdown or spreadsheet of professors’ political affiliation to protect the two identified Republican academics.