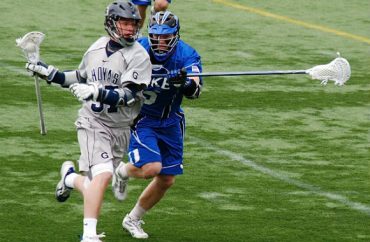 The lawyer that defended Duke University lacrosse players against gang-rape allegations 10 years ago is now suing the school on behalf of an alleged gang-rape victim.

Another twist: Bob Ekstrand’s lawsuit implies that Duke mishandled the allegations by the plaintiff, a former female student, because one of the accused students was related to a Duke official with “plenary authority” over sexual-assault reports.

The lawsuit particularly targets the psychologist, Celia Irvine, hired by Duke to investigate the plaintiff’s claims.

It’s not the first time Irvine has been accused of botching a rape investigation. Two years earlier, a male student filed a due-process lawsuit against Duke for expelling him based on Irvine’s “incompetent” investigation into rape allegations against him.

MORE: Destroy your emails before accused students can sue

Ekstrand provided a copy of the plaintiff’s lawsuit to The College Fix but declined to comment on it.

His wife Samantha, like her husband a Duke law graduate, is an assistant coach on the women’s lacrosse team.

The Aug. 1 Title IX lawsuit alleges that students Colby Leachman and Brian Self perpetrated a “drug-facilitated rape” against the plaintiff, and that the male students were reported to the administration as using the same “modus operandi” against “other, similarly isolated and incapacitated women” around the same time. The plaintiff was not informed by Duke of the other reports, according to the suit.

Leachman is the stepson of then-Provost Peter Lange. Leachman lied to police about the existence of a video recording of “a portion” of the sexual incident, but admitted to recording it after the police obtained the video from his phone, according to the suit. It cited a campus police investigator who said Leachman’s admitted conduct was a state felony.

He was placed on probation despite Duke “routinely” expelling and suspending students for “less egregious” violations of its sexual misconduct policy.

The suit says that “all” Duke employees involved in reviewing the university’s probation sanction against Leachman were “subordinates” of his stepfather, then-Provost Lange.

The suit portrays psychologist Irvine, a veteran of the New York Police Department, as a sort of fixer for Duke.

It says Irvine’s investigative report “concealed the evidence of drug-facilitated sexual assaults committed by the same students who assaulted the Plaintiff,” and portrayed the plaintiff’s “drug-induced conduct as consent” to the sexual acts.

Her report was intended to “fabricate a basis” for Duke to avoid handing down harsher sanctions against Leachman that would “remedy the hostile educational environment” the student allegedly created, the suit claims.

MORE: Where are Duke’s Hateful 88 now?

This isn’t the first time Irvine has been faulted in litigation for an allegedly shoddy investigation on behalf of Duke.

She was named as a defendant in litigation by Duke soccer player Lewis McLeod after he was expelled on allegations of sexually assaulting a female student.

Irvine served as the investigator in the case, but she didn’t interview “neutral witnesses” who could testify to the accuser’s level of intoxication – the basis of her finding that McLeod raped the student, according to a review of the case by Prof. KC Johnson, who co-wrote a book on the Duke lacrosse rape case. McLeod was not allowed to call witnesses or even cross-examine Irvine about her findings, because the investigator didn’t testify, nor did most of the students she did interview, Johnson wrote at Minding the Campus. The accused student’s lawyers termed it “indirect double hearsay.”

According to a Duke Chronicle overview of campus sexual-assault allegations last week, McLeod’s trial against Duke has been rescheduled twice and no new date has been set.

Both the plaintiff’s and McLeod lawsuits against Duke claim that Irvine has no known experience in criminal investigations and is not licensed to conduct legal investigations in North Carolina.

An earlier post by Johnson for Minding the Campus notes that “Irvine’s work with the NYPD focused not on criminal investigation or sexual assault but instead psychological evaluations and treatment.”

In February 2015, Irvine received “a cease-and-desist notice from the North Carolina Department of Public Safety, which informed her that she is not properly licensed to conduct ‘private protective services activities,’” according to WRAL.

On Aug. 11, the Department of Education opened a second Title IX investigation against Duke, though it’s not clear whether it’s related to the plaintiff’s lawsuit filed 10 days before, according to the Chronicle.

The university did not respond to a request for comment by The Fix. Spokesman Michael Schoenfeld told the Chronicle the school doesn’t comment on pending litigation but that it follows “a careful process when a sexual misconduct allegation is made, one that ensures we are responsive, thorough and fair as federal law and our own policies require.”

According to the Chronicle, Duke imposes a lower evidence threshold for sexual assault cases – “preponderance” – than for academic-dishonesty cases, which must be proven by “clear and convincing” evidence.

MORE: The Duke lacrosse rape accuser is back in court