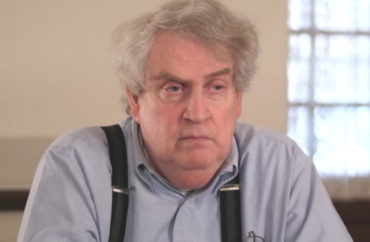 Professor John McAdams named his personal blog the “Marquette Warrior.” It’s a fitting title, as it perfectly describes the kind of man and scholar he was.

McAdams, who spent nearly a half-century teaching political science at Marquette University and famously won back his job through the courts after the school tried to fire him for defending free speech, died on April 15. He was 75.

As news of his passing spread, friends and fans remembered McAdams as a scholar who refused to back down from a fight and helped create a precedent for standing firm in the face of academic adversity.

McAdams is known for many things, including as a “globally recognized scholar on the assassination of President John F. Kennedy,” the Milwaukee Journal Sentinel reports.

He was also an advisor and supporter of young conservatives who came up through the ranks of Marquette University. He recently helped students found a conservative media outlet on campus called the Eagle Free Press.

“His advice and support was vital to the development of our brand and direction. He offered unconditional guidance, being available to us at anytime of day and doing more than we ever asked for or thought we needed,” the Press’ editorial board wrote.

Ethan Hollenberger, a founding member of the Marquette University Young Americans for Freedom chapter, wrote in a post remembering the professor that he “was always there to defend and support us with his logic, his wit, and his fearless blog.”

McAdams was such a crusader for truth and justice that I can’t keep all of his various battles straight in my head. Luckily, his blog posts are all archived. When a loud-mouthed leftist Marquette theologian backed out from a YAF sponsored-debate with the great Mike Adams, McAdams blogged. When the 9/11: Never Forget Project was making news, McAdams blogged. When Marquette welcomed to campus with open arms the Communist and domestic terrorist Angela Davis, but threw up every conceivable barrier to keep Ben Shapiro from speaking, McAdams blogged. And last summer, when liberals tried to cancel an incoming freshman because of her support for Donald Trump, McAdams blogged.

Most notably, McAdams was known for his relentless and fearless fight with Marquette University that spanned four years, from 2014 to 2018.

As The College Fix previously reported, the Catholic university suspended him indefinitely without pay in 2014 for writing a blog post that criticized a fellow instructor by name.

The instructor had told her philosophy class that “everyone agrees on” gay marriage, and when a student challenged her after class, she told him he was not allowed to express his disagreement in class.

McAdams was ordered to write a letter admitting “guilt” for his blog post, and the university also purchased advertisements on Google denouncing McAdams.

In 2018, the Wisconsin Supreme Court reversed a lower court’s ruling that sided with Marquette in its battle against McAdams’s academic freedom. McAdams returned to the classroom 2019.

“I don’t apologize for telling the truth,” McAdams told Fox6Now. “I hope they take the fact that you can speak out and you can tell the truth even if university bureaucrats don’t like it if you are willing to stick to your guns.”

In 2017, even before he won his court battle, McAdams was honored by the Bradley Foundation with its $10,000 Jeane Jordan Kirkpatrick Award for Academic Freedom. It’s named after the former U.S. ambassador to the United Nations, and recognizes those who’ve shown the same “dedication to free speech and American exceptionalism.”