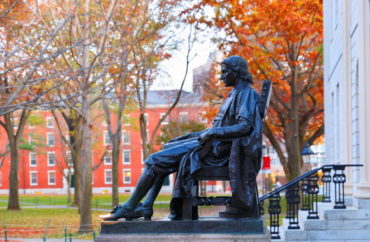 Harvard University is the best college in the world, or so George Kurzon thought.

But Kurzon, who graduated from the Ivy League university in 1951, recently discovered his alma mater ranked in the bottom 20 percent on the Foundation for Individual Rights and Expression’s 2021 free speech rankings — then dropped even lower in 2022 to the bottom 17 percent.

“A university is of little value if it does not defend and promote freedom of speech, thought and expression,” he told The College Fix in a telephone interview.

Kurzon decided to do something about it. Along with fellow Harvard alumnus John O’Donnell, who graduated from its business school in 1977, the two help lead the new Harvard Alumni for Free Speech group.

“If a college does not have free speech,” Kurzon said, “what is it for?”

Harvard has been in the news recently for incidents relating to limitations of free speech.

In April 2022, Harvard University canceled a talk by philosopher Devin Buckley on the topic of British Romanticism due to her views on transgenderism.

Harvard scholar Carole Hooven was also the target of a cancel culture campaign in 2021 for her views on “biological reality.”

And the youngest black professor ever tenured at Harvard, Roland Fryer — an economist whose research upended the progressive narrative on topics such as bias, racism and policing — was canceled at the university in what’s been called an “ideological purge.”

The university last year also required an online training for all undergrads that taught that calling someone by “the wrong pronoun” is “abusive behavior.”

HAFFS argues that protecting free speech is important for academic discovery, even if some people find certain content disagreeable.

“Most issues can be fixed if all viewpoints can be shared,” because if the “principles of free speech are protected, truth will win out,” O’Donnell told The College Fix in a telephone interview.

Harvard’s media relations team did not respond to a request for comment by The College Fix addressing the alumni group and its concerns regarding free speech.

But the next Harvard University president must champion free speech for the sake of the university’s integrity and reputation, according to a petition last fall signed by students, faculty and alumni.

Kurzon said limitations on free speech were not an issue when he was a student there, and if he wanted to make an interesting point in class, he “wouldn’t have been afraid to do it.”

But the FIRE rankings and other anecdotal evidence show how big of a problem freedom of expression is on campus, he said.

Harvard Alumni for Free Speech was formed in cooperation with the Alumni Free Speech Alliance, which consists of alumni groups from many other schools, including Cornell and MIT.

According to the HAFFS website, they are a “non-political, non-partisan, and independent corporation, open to all members of the global Harvard-Radcliffe community, including students, alumni, faculty, and administrators.”

Their mission is to preserve and promote “free expression, academic freedom, and viewpoint diversity throughout the global Harvard-Radcliffe community.”

O’Donnell said they will be sponsoring free speech forums and debates throughout the country to present a model for how respectful discussions should take place on college campuses.

He said he strongly opposes attempts to shut down one side of a debate and advocates for a model of allowing “the truth [to] come out through free discussion of speech,” then letting “the people listening decide” their stance on a topic, because “that is what democracy is all about.”

HAFFS co-sponsored the “Stanford Academic Freedom Conference” at the Stanford Graduate School of Business last November, which “identified ways to restore academic freedom, open inquiry, and freedom of expression on campus and in the larger culture, as well as how to support the open debate required for new knowledge to flourish.”

A similar event is planned at MIT in April to serve as another “template of free speech,” and O’Donnell said they will do more events as they grow, because Harvard Alumni for Free Speech wants to demonstrate “free and open exploration of different points of view.”

In addition to hosting these events, the group’s primary goal is to eventually get Harvard to the top of FIRE rankings, he said.

O’Donnell recognizes that an important step in this effort will be working with Harvard’s new President, Claudine Gay.

“We wish her the best of success in her tough task,” O’Donnell said, acknowledging the fact that it will not be easy for Harvard to climb the free speech rankings.

“We look forward to talking with her … we hope she’ll be a strong supporter of free speech as others have been,” O’Donnell said.

Both Kurzon and O’Donnell told The Fix that they have not faced backlash for their efforts to support and protect free speech at their alma mater. O’Donnell partially attributed this to the fact that they are “too unknown for now.”

Despite this, both men said that in trying to recruit new members, they have found their colleagues reluctant to sign-up for fear of “cancellation.”

MORE: Next Harvard president must stand up for free speech, says student, faculty and alumni petition 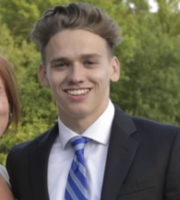