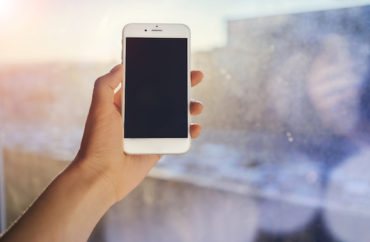 With more conversations taking place virtually during the COVID-19 pandemic, students are learning the hard way that their colleges are still keeping tabs on their constitutionally protected speech off-campus.

The University of Massachusetts-Boston and the Massachusetts College of Pharmacy and Health Sciences opened investigations of incoming students for inflammatory comments about black people and lesbians in a private group chat.

MCPHS said last week that its student was “no longer enrolled” as a “result” of its investigation, but did not say whether the private university had revoked the student’s admission. Twitter users identified her as radiography major Mackenzie Shea.

UMB announced Wednesday that its student, identified by Twitter users as pre-med major T. M., “withdrew” during its investigation. Several days earlier, a spokesperson told The College Fix that “Student Affairs is handling the situation.”

Neither university has specified what policy each student was under investigation for violating, and neither named them. A message attributed to T. M. suggests the chat was from middle school or early high school, not on the verge of graduation, but the viral screenshots are undated.

Free speech groups denounced UMB for opening an investigation into conduct for which it had no clear authority to investigate.

“But it doesn’t fall into any of the well-established exceptions to the First Amendment,” he wrote in an email Monday. Referring to UMB, Steinbaugh said “the university community may condemn her views, but the administration cannot punish her for holding or expressing them.” (UMB announced its student’s departure after this interview.)

The UMB investigation “sets a dangerous precedent,” Mike Hiestand, senior legal counsel for the Student Press Law Center, told The Fix in an email Tuesday. It treats an off-campus student like a “second-class citizen” who has “lesser First Amendment protections — simply because they also happen to be a student sometimes.”

While the legal issues are different for MCPHS as a private university, Steinbaugh suggested it may have denied the student a fair proceeding because the investigation was so rushed.

FIRE warned public universities last week that they were not constitutionally allowed to “investigate and punish controversial speech” in response to the death of George Floyd at the hands of Minneapolis police. It specifically named the University of Delaware, Clemson, Valdosta State and Framingham State for opening unconstitutional investigations into “racially offensive student social media posts.”

The “vast majority” of private universities voluntarily promise freedom of expression and are thus “bound morally and contractually to honor those promises,” the group added.

The private group chat on Snapchat, dubbed “Fight Night” (below), included candid discussions on black people and lesbians, according to undated screenshots shared on social media.

Shea said “i am so bad. i hate lesbians,” continuing that “i don’t like black ppl unless they give me a reason to like them. it’s so bad. sorry guys.” T. M. agreed: “i hate everyone thats black until they talk to me then i can like them. Sorry.”

Another participant responded “Y’all are really that racist” with a skull emoji. Shea added: “me too. it’s so bad.”

The Fix found several tweets reposting the private group chat along with images of Shea and T. M. that also identify their soon-to-be universities and majors. Other tweets share far more personal information about them.

Judging by timestamps and retweets, the first came late June 2 – which was racism protest day Blackout Tuesday – from a Twitter user who goes by Rico.

The tweets either explicitly or implicitly encourage users to show the screenshots to UMB and MCPHS. One user who identified as a UMB student asked her classmates to “reach out to umb and let this be known,” referring to the screenshots:

bc I don’t want to be in the same school as these racists. im also a biology major and on the Pre-Med track and do not want a racist b!tch like this to become a doctor.

Though the screenshot of her post suggested it came from Facebook, it’s not on her profile there.

A Twitter user said she contacted both universities with the “screenshot along with their names & majors & it took about 5 minutes. i hope they both lose their places for being so racist (and homophobic).” Another tagged MCPHS with Shea’s photo: “kick her out of your school, she is racist and unfit for any job in the medical field.”

Yet another told UMB to expel T. M.: “She is a danger to black patients.” A self-identified former UMB student called T. M. and Shea “fuckn racist bitches” and asked followers to “please spread this! i do not want these girls attending my school with my friends (who are not white).”

T. M. allegedly responded to the social media mob in another image posted on Twitter, implying the group chat was several years old:

My 14 year old self had no intention to hurt or offended anyone of color at all. The messages were taken out of context in a group chat. The things being shown are not how I am. There is no excuse for the things that I have said but i hope I can be forgiven.

‘If you post it, we will see it, and you will be held accountable’

Both universities responded June 3 on Twitter, hours after the posts went viral.

In the same thread as its Blackout Tuesday post, which was bombed with complaints about both Shea and T. M., MCPHS said “senior university leadership” was “conducting a thorough investigation. Individuals who have exhibited this kind of behavior will not be allowed to be a member of our MCPHS community.”

A subsequent tweet thread said the university had been “made aware” in the past 24 hours “of racist and homophobic social media activity around our community that violates our core values of respect, diversity, and inclusion”:

Individuals who further the oppression of those who are Black, LGBTQ+ identified, or any other historically marginalized groups, will not be allowed a place in our MCPHS community.

In case there was any doubt left, Assistant Director for Student Success Devan Lalas tweeted that the private group chat violated “our policies on discrimination.”

MCPHS will punish students for “[r]acist and homophobic activity” that the university finds online, he said: “If you post it, we will see it, and you will be held accountable.”

The private university’s investigation took two days at most. A January 5 tweet thread suggested the student had been found responsible for “[d]iscrimination against Black [and] LGBTQ+” groups, and that’s why Shea is “no longer enrolled.” MCPHS did not specify whether a sanction had been applied before she left the school.

UMB responded within hours, calling the language in the posts attributed to its student “deeply concerning and inconsistent” with its “expressed commitment to diversity, equity, and inclusion”:

While we at the University of Massachusetts Boston respect the universal right to freedom of speech, we condemn messages that may intimidate or harass any member of our community.

The taxpayer-funded institution is “actively investigating the matter.”

The Fix asked UMB June 4, the day after its announcement, what authority it has as a public institution to investigate offensive speech that does not harass, intimidate or incite violence.

The private group chat does not reach any of those thresholds, and even investigating constitutionally protected speech is considered an unconstitutional chilling effect under decades of legal precedent.

Communications Director DeWayne Lehman told The Fix June 5 that the investigation is “governed by the student code of conduct,” of which he shared a copy. He did not cite a specific provision of the code or respond to a followup email asking for one.

Lehman responded to The Fix Thursday, providing the same statement the university had posted on Twitter. He didn’t confirm the withdrawn student was T. M.

MORE: Conservative student can sue university for punishing him for his views

2/3: … university as well as many members of the community. In accordance with the rules we rely on for all conduct issues, UMass Boston commenced a prompt and thorough investigation into the matter. During this investigation, the student withdrew from UMass Boston. …

Speech probes such as UMB’s “send the misleading message that the university has the power to punish offensive expression,” Steinbaugh told The Fix. “It’s not a true threat because the speech isn’t a serious expression of intent to engage in violence, and it’s not incitement because it doesn’t ask anyone to do anything.”

Public universities treat their students like second-class citizens “when they use their government power to regulate their students’ lives 24/7,” SPLC’s Hiestand told The Fix. “Allowing public college officials to punish or censor students for engaging in private speech outside of school that would be protected if it was you or I or any other person that didn’t happen to be a UMB student sets a dangerous precedent.”

MCPHS’s wording around Shea’s departure – that it was the “result” of the university’s investigation – implies that she did not leave voluntarily, Steinbaugh told The Fix.

Her presumptive removal from the university is “hard to square” with its “strong affirmative promise,” he said, quoting MCPHS: It recognizes that “students are entitled to respect, consideration and guaranteed freedoms of speech, assembly and association under the constitution.”

Further, Steinbaugh questioned the procedural fairness of Shea’s investigation. Regardless of the private status of MCPHS, “it would be difficult to believe that an investigation and fair disciplinary procedure could be pursued in that short a timespan,” he said.

Hiestand said MCPHS is on safer ground than UMB. Such schools “generally have much more legal leeway when it comes to regulating student speech or enforcing what are effectively speech codes of the type that have frequently been struck down at public colleges and universities,” he said.