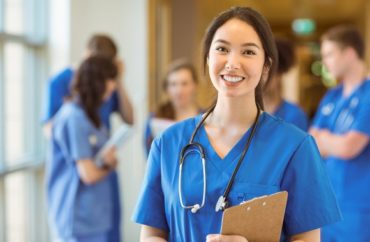 Free speech organizations and scholars are rallying behind a medical student who is fighting his university for perceived retaliation against his pro-life speech.

They are petitioning the Supreme Court to review a case about public university policies concerning social media, building on previous concerns about the weaponization of “professional standards” to punish student speech.

University of New Mexico medical student Paul Hunt got himself in trouble with the administration in 2012 by posting a Facebook comment calling Democrats “sick, disgusting people” for supporting abortion, according to a summary by one of the groups, the University of Florida’s Brechner Center for Freedom of Information.

Someone reported his Facebook post to the taxpayer-funded institution, which determined Hunt had violated the university’s “Respectful Campus Policy” with his “unprofessional” speech. Students can be disciplined for engaging in “untrue allegations, unduly inflammatory statements or unduly personal attacks” under the policy.

UNM did not stop there. It “ordered him to rewrite the post using milder language” and “initiated disciplinary action against him,” prompting Hunt’s suit, according to the Brechner Center.

Hunt’s petition for review, filed in April, emphasizes that he “did not identify himself” with either the university or medical school and “did not direct his comments to faculty, classmates, or any other individual.”

“We have been needing authoritative guidance from the Supreme Court for over a decade on where the boundaries of colleges’ authority begin and end when students are speaking off-campus on their personal time,” Frank LoMonte, director of the Brechner Center and journalism professor, wrote in the blog post.

“The courts in Paul Hunt’s case left no stopping point to colleges’ punitive authority, and that’s dangerous for student commentators and whistleblowers who need to know that they can safely speak out about issues of public concern without fear of retaliation,” he said.

One of the core issues in the case was whether university officials deserved “qualified immunity” for their treatment of Hunt, though the friend-of-the-court briefs submitted to the Supreme Court largely avoid the subject. The 10th U.S. Circuit Court of Appeals upheld qualified immunity.

The high court did not decide whether to hear the case when it released its order list Monday. The university only filed its opposition brief Thursday.

By custom, the court rules on so-called cert petitions within the same term they are received, but it is not required to do so.

The Brechner Center, Student Press Law Center, Electronic Frontier Foundation and National Coalition Against Censorship filed a joint brief taking aim at what they believe to be the university’s rationale for flouting decades of Supreme Court precedent.

UNM acted contrary to the Supreme Court’s ruling in Morse v. Frederick, well-known among First Amendment lawyers, which held that “‘offensiveness’ does not deprive speech of First Amendment protection against discipline,” the groups said.

“This case involves a college’s overreach of disciplinary authority into an adult-age student’s political speech, which was punished solely on the grounds that it offended one or more audience members who voluntarily encountered it,” the brief argues.

MORE: Socially conservative students will suffer most under ‘professional standards’

The consequences for Hunt are real, Speech First argues. Not only has it “regulated” the student’s “off-campus personal speech,” but as part of his punishment, “the University will annotate all of his medical residency applications, noting the supposed violation.”

Several First Amendment scholars filed a brief supporting Hunt as well, the highest profile of whom may be UCLA’s Eugene Volokh.

Whether Hunt’s speech “was offensive, hurtful, or even vulgar is irrelevant in the constitutional calculus,” they wrote: “Put simply, it is well established that public officials like [UNM] may not condition participation in a public program on abandonment of the right to speak freely in one’s personal life outside of that program.”

The university is relying on Supreme Court-approved “restrictions on grade school and high school students’ speech so as to maintain classroom discipline,” which do “not license state officials to regulate an adult student’s off-campus political advocacy.”

Qualified immunity only came up sporadically in the outside briefs, though it was a main feature of the university’s opposition brief.

The Supreme Court precedent protects public officials from personal liability for statutory and constitutional violations if the law was not “clearly established” at the time of their conduct. Qualified immunity is drawing renewed attention in the wake of the death of George Floyd after a violent encounter with Minneapolis police.

The university argued that Hunt had not shown that its “professionalism enhancement” violated clearly established law around students, political speech and social media.

“But this masks the real issue,” the Southeastern Legal Foundation wrote in its brief: “[T]he policy is so vague and so broad that the University could have punished [Hunt] no matter where he was standing or what platform he used.”

The very end of the brief led by the Brechner Center urges the high court to revoke qualified immunity from university officials.

MORE: Conservative student can sue university for punishing him for his views

“[N]o official, high or petty, can claim to be ignorant of the [First Amendment] prohibition against putting words into a citizen’s mouth,” it said, referring to the university’s requirement that Hunt rewrite and tone down his post: With 75 years of precedent, “[t]he law can scarcely get more ‘clearly established.’”

Though they haven’t submitted a brief to the Supreme Court about the Hunt case, the Cato Institute and Foundation for Individual Rights in Education submitted a joint brief to the 10th Circuit after the district court upheld qualified immunity.

The ruling was “not only substantively wrong, but it is also a procedurally dangerous catch‐​22,” legal scholars Samantha Harris, Brynne Madway, Ilya Shapiro and Trevor Burrus, who authored the brief, wrote in a blog post. They traced how the Supreme Court has recognized and “clearly established” that students’ First Amendment rights do not disappear online.

By granting qualified immunity, the court posed “a serious threat to the ability of public college and university students to meaningfully redress constitutional violations and prevent their repetition,” their brief said. (Professor Volokh also contributed to this brief.)

A FIRE spokesperson told The College Fix that it did not plan to file a brief with the Supreme Court.