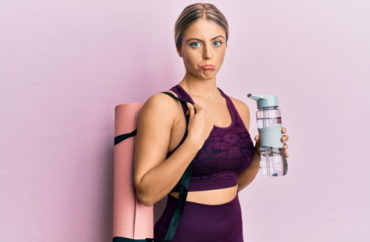 Yoga is a topic that The College Fix has covered a lot over the years.

There was the trend a few years ago to allow students a chance to destress with goat yoga. There was the time a university canceled a free yoga class after it was accused of cultural appropriation. We were also there for the professor who accused white people who do yoga of “power, privilege and oppression.”

And let us not forget Brown University’s infamous naked yoga.

Today, in this hyper-racialized time in America (thanks to the progressive left), we bring you people-of-color-only yoga. That’s right, no whites welcome in this yoga healing space hosted by the University of North Carolina Asheville.

It’s called “Racial Trauma Yoga,” and it was advertised in a campuswide email as “for BIPOC students.” BIPOC stands for black, indigenous and people of color.

Young America’s Foundation published a copy of the email inviting students who fit this category to a grassy section in the center of campus for the segregated downward dog session.

The invitation was sent in the wake of the Derek Chauvin verdict and also offered a “meltdown” venue where students of any color could scream and kick and vent their frustrations (by appointment only).

Online gatherings such as a “Black and African American Healing Space” and a “Trans, Non-Binary & Gender Non-Conforming” event were also offered.

In a statement to YAF, UNC Asheville called itself an “inclusive space” that “provides a variety of programmatic activities for all students.” It also stated it does not discriminate on the basis of race.

“Schools that segregate their students in the name of ‘inclusivity’ should be called out for their divisive tactics, and held to account under current civil rights law,” YAF spokeswoman Kara Zupkus stated.