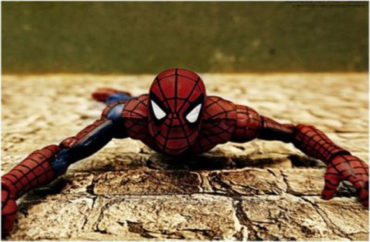 In another example of the “fundamental clash of philosophies,” a professor and diversity coordinator has taken to the pages of the The New York Times to let us know why a popular animated film isn’t quite all that … for reasons not entirely clear.

In his piece, Oklahoma State’s Lawrence Ware “confronts his Spider-Verse problem” — the issue seemingly his son’s enjoyment of the current hit movie Spider-Man: Into the Spider-Verse.

Like many progressives, the professor is among those who believe that in order to fully appreciate something, one must possess the same skin hue as the subject in question. Ware says “Growing up, I did not see myself in popular culture. Cyclops, Wolverine, Captain America, Luke Skywalker, Spider-Man — these were my cultural heroes, the characters I wanted desperately to be. The truth is, I could never inhabit their lives.”

He adds he could “never be” the actual superhero, only a sidekick.

Since the prof includes Wolverine and Luke Skywalker in this list, it indicates he began his comics indulgence in the 1970s (Wolverine debut: 1974; Skywalker: 1977). If proper enjoyment requires “seeing one’s self” and being more than a mere sidekick, why didn’t Ware read and collect books featuring characters like Black Panther (debut: 1966), Blade (debut: 1973), and the Falcon (debut: 1969)?

(I know, I know, the Falcon was Captain America’s “sidekick” for some time; however, if anyone has bothered to read 1970s “Captain America,” you’d know that the Falcon frequently contended with that very issue, including how it was perceived from a “black” perspective.)

Given that Spider-Verse prominently features a black-Hispanic Spider-Man (Miles Morales), Ware was pumped for the flick. But the excitement fizzled:

Morales, the first Afro-Latino Spider-Man, was the focus for the first half of the film, but, thereafter, he became a Spider-Man among Spider-Men. He was no longer the focus, and that puts me in a tough place as a father of young children. …

Quinn, who is 8, thinks he is Miles Morales. He zips around the living room on pretend spider webs and fights imaginary bad guys, much to his mother’s chagrin. LJ, 10, loves, for some reason I can’t fathom, the character of the Prowler, and has taken to drawing him in markers on random scraps of paper around the house. He did something similar with Killmonger in “Black Panther” and Thanos in “Avengers: Infinity War.”(The kid clearly has a thing for complex villains.)

[…] They have not stopped talking about the film, and this is all because they saw themselves in the characters that looked like them on the screen. …

Miles spoke to them in a unique way, and while I want them to see the world clearly and learn to critique the pop culture they consume, I am going to let them enjoy this imperfect superhero movie. For LJ and Quinn to identify so deeply with black characters onscreen is important. I have decided to lay aside analysis and allow them to love this movie … in spite of its flaws.

“Flaws”? “Tough place”? It seems the only “flaw” of the film is that Miles Morales isn’t consistently the prime focus. As Reason’s Robby Soave asked, “The author reluctantly lets his son watch Spider-Man: Into the Spiderverse, overlooking the problematic stuff… which is… what, exactly?”

Added Soave: “Unsurprisingly, the author is a diversity czar at a university.”

And that’s precisely it. Academic diversity personnel are individuals in search of a problem. If there isn’t one, they’ll create one.