‘Plausibly alleged the existence of a contract’ that Princeton violated

Several months after a federal judge tossed a punished student’s anti-male discrimination claims against Princeton, the court has put the Ivy League university on the defensive.

It was a reversal of fortune for “John Doe,” who failed to convince Martinotti in February that his federal Title IX claims were plausible. The judge also ordered the accused student to show why his court even had jurisdiction over John’s state-law claims.

Princeton withheld John’s degree for a semester, “functionally equivalent to a one-semester suspension,” and noted the sanction on his transcript, according to Martinotti’s February ruling. The university also denied his appeal.

He claimed Princeton ignored his claims that “Alex Roe” had her way with him while he was incapacitated and generally favored her in the sexual misconduct proceeding against John. Princeton also withheld witness identities from him as well as Alex’s “initial statement” on their sexual encounter, and made “no real effort” to assess her credibility.

John’s latest complaint, amended after his February loss, “sufficiently asserts the University failed to adhere to its own rules” and “plausibly alleged the existence of a contract” with Princeton that the university violated, according to the ruling.

John’s lawyer Andrew Miltenberg (below) told The College Fix in an email Wednesday that Martinotti’s opinion “seems to indicate” the judge is “considering our motion to reinstate our Title IX claims.”

He was heartened by the court’s repeated mention of the 3rd Circuit’s University of the Sciences decision, which Miltenberg said is the basis for their reconsideration motion. His hunch was validated Thursday, when Martinotti reinstated John’s Title IX claims. 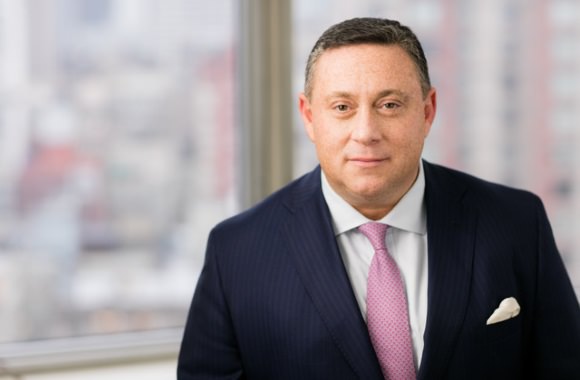 The February ruling specifies that John and Alex “engaged in a sexual relationship” at Princeton, and that she accused him of sexual assault after it ended, but does not get more specific.

Wednesday’s ruling makes clear, however, that John also believes Alex sexually assaulted him, because he was allegedly incapacitated during a sexual encounter with her. He also accused her of “possibly kissing a drunk female student without her consent.”

Princeton didn’t even acknowledge his incapacitation claim and didn’t investigate the kissing claim, according to John. It also failed to “sufficiently investigate” claims by John’s sister that Alex was stalking her.

John argued he has a “common law fundamental fairness” claim because of his contract with Princeton, and Martinotti agreed. Though it might duplicate his breach-of-contract claim, the judge said the former has “an independent substantive basis.” 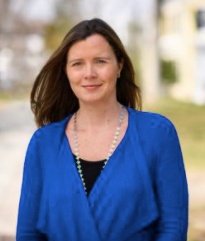 The university’s investigation didn’t comply with its own policies “and was one-sided and biased,” the accused student claimed. Princeton denied him “the right to be heard by a neutral arbiter” because Director of Gender Equity and Title IX Administration Regan Crotty (left), “who served as both investigator and adjudicator, was personally under pressure” to find males guilty and “severely punish” them.

Princeton violated several provisions of its “Rules, Rights, and Responsibilities” contract, failing to address his incapacitation claim (apparently because he didn’t file a “formal complaint” against Alex) and denying him “impartial and unbiased” hearing panelists.

John alleged it also ignored his request to interview witnesses “who could have shed light” on Alex’s “condition, behavior, and statements in the hours immediately following the alleged assault,” and didn’t interview “potentially exculpatory witnesses.”

Citing the 3rd Circuit ruling from earlier this year, Judge Martinotti said John had sufficiently alleged that Princeton did not conduct a “meaningful” investigation and failed to make “a fair and equitable inquiry into credibility determinations.”

Beyond the incapacitation, kissing and stalking claims, John said the university committed breach of the RRR contract by refusing to tell John when Alex first filed her complaint and give him that document; failing to “properly train” the hearing panelists or interview “any” of John’s neighbors about the night in question; withholding some of the evidence against him; ignoring its “preponderance” standard of evidence; and not considering “appropriate factors” in determining his punishment.

The breach-of-contract claim survives despite New Jersey case law that cautions judges against analyzing a student’s relationship with a university “in purely contractual terms,” Martinotti wrote. All he had to sufficiently allege was that the procedures in his investigation were not “in accordance with the institution’s rules and regulations.”

Could be liable even without violating ‘the contract’s express terms’

Princeton has continually denied that the RRR is a binding contract, but John claimed the university has a “tacit understanding” with him to be legally bound by its terms. Its alleged gender bias during his proceeding means it has violated “the covenant of good faith.”

The judge said Princeton could have committed this breach under New Jersey law “even where there is no breach of the contract’s express terms.” This would happen if the university acted in bad faith to deny John “some benefit of the bargain” in his enrollment, even if it wasn’t laid out explicitly.

Martinotti refused to dismiss the implied-contract and good-faith claims because they “rely on the same set of sufficiently pled facts” as the express-contract claim. It doesn’t matter that Princeton claims John was given a “fair procedure,” because he “points to specific defects in the disciplinary proceeding” that the judge must accept as true at this stage. 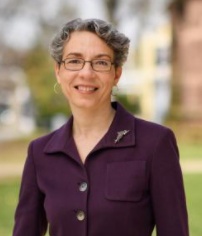 They cannot be liable for negligence because of the state Charitable Immunity Act, according to the judge. Even under John’s “gross negligence theory,” he has not made “the factual allegations [to] support such a claim” even in the most favorable light to him.

The university is also immune because it is “devoted to educational purposes” and John benefits from that program, Martinotti said. A 3rd Circuit ruling last year even applied the law to sexual misconduct proceedings, finding that Princeton’s investigation of accused students does not mean they are not protected by its sexual misconduct procedures.

Miltenberg, John’s lawyer, said he wasn’t surprised the negligence claim got tossed: “[W]e knew [that] would be the more difficult claim going in.”