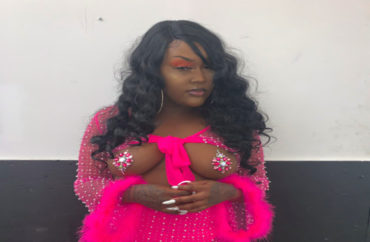 Remember the following the next time Ivy League student activists get apoplectic over a conservative speaker whose topic “goes against the campus’s values”: Princeton, like Yale before her, will host a rapper whose songs and lyrics would make a pornographer blush.

According to The Daily Princetonian, Elizabeth Eden Harris, aka “CupcakKe,” will be one of the performers at the college’s Lawnparties in mid-September. Student Government Social Chair Heavyn Jennings would tell the Daily nothing more, preferring “to ‘keep the ambiguity’ for now.”

CupcakKe began her career at age 14 by penning “religious-themed poetry,” but decided to do a 180 turning to sexually explicit productions after hearing a peer’s hit song.

CupCakKe’s appearance at Yale last year wasn’t without controversy; indeed, Yale Daily News columnist Finnegan Schick asked “Did a University administrator sincerely sign off on this decision? Has someone informed President Salovey that ‘Spoiled Milk Titties’ will be performed on Old Campus in a few short months?”

Not that the imbroglio meant a thing to Ms. Harris; she told the YDN she didn’t “give a f***” about (Yale) critics who complained about her. “I’m coming to Yale, this is what it is, and I’m about to perform and make everyone scream ‘suck dick,’” she said.

At the time, a Yale spokesman did not offer a comment to The College Fix when asked about the performance, and instead referred to the campus Spring Fling committee. Members of that committee, however, did not respond to Fix emails.

CupcakKe also performed last year at the University of Pennsylvania, but without much fuss based on a search of The Daily Pennsylvanian’s archives. One student wrote “I personally think cupcakKe has a cheap shtick, her music isn’t good,” while another drew an editorial cartoon about students’, er, “needs” following the rapper’s performance.

The best takes were a couple of satirical pieces about Ms. Harris and the subsequent campus response.