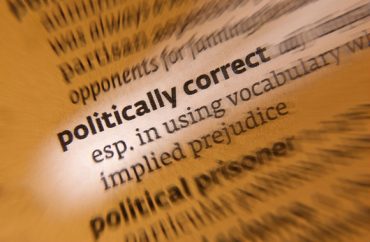 A physics professor from the University of New Mexico is under fire for his (now-former) Facebook profile picture, an image of Winnie the Pooh holding chopsticks and accompanied by the words “Wuhan Plague.”

According to KRQE, students are now demanding an apology and explanation from Doug Fields, as, they allege, the symbol “is a vilification of the people in China” and has led to “racism and xenophobic incidents” directed at UNM Asian students. 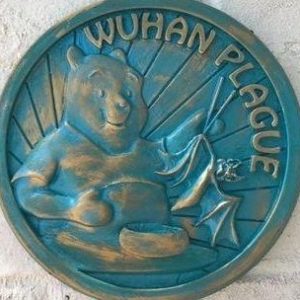 “Any type of anti-Asian bias or discrimination is both wrong and extremely dangerous right now,” said [UNM student Helen] Zhao. “Words, actions and images like these unfairly target the Asian community and make people feel unwelcome or unsafe in a place they’re supposed to feel a sense of community and belonging.”

The station reports UNM students want an Asian resource center built on campus to “advocate for the Asian community.”

UNM President Garnett Stokes offered the usual politically correct response to the controversy, noting the university “continues to uphold its values of equity and inclusion” and “must be vigilant in rejecting bias.”

KRQE only gives a single sentence to note that Fields’ profile picture “is a reference to Chinese censorship.”

Fields, whose faculty page links to his Facebook account under “Personal” in the “Quick Links” section, has since changed his FB profile pic and offered a lengthy explanation of the matter:

The image is of Winnie-the-Pooh, holding a bat with chop-sticks, with the words “Wuhan Plague” above. Winnie represents Xi Jinping, the dictator (ruler with total power over a country, typically one who has obtained control by force. autocrat, monocrat, absolute ruler) of China. The association of Winnie-the-Pooh with Xi is from Chinese citizens who were poking fun at his looks, and who were subsequently sanctioned [see here, for example]. The image of Pooh is now banned from the internet in China. I post an image of Pooh in solidarity with those who cannot. …

[S]o that is the description of the image, and my understanding of what it means. Now to what it definitely does not mean (at least to me). It is in no way disparaging to anyone of Chinese decent. I am assuming there that you do not hold it against me to poke fun of Xi Jinping. It definitely does not hold the people of Wuhan responsible for our miseries – they suffered from this in the first place, made worse by the actions of said dictator.

And what about the actions of some malignant imbeciles who would cause harm or destruction to the Asian American community because of a post like this? I condemn them unequivocally. But can I not condemn the actions of a foreign (or domestic) threat to peace and freedom with an image that any reasonable person would understand? Someone can always read evil into even the loftiest of words. Every “good book” has been used to justify evil. We should not shy away from controversy because we fear the village idiot will misunderstand and do wrong.

Fields also explained why he used “Wuhan Flu” in the profile image, and said he would be happy “to continue this discussion” with those who complained to KRQE.

“I hold you no grudges, and wish you well,” Fields said. “In the future, perhaps, if I do or say anything that offends you, feel free to contact me directly either by email, or by FB messenger.”