The University of Central Oklahoma received nearly $831,000 in federal taxpayer dollars to run a computer and STEM camp for high schoolers that violated Title IX.

Following a complaint by University of Michigan-Flint economist Mark Perry, whose side gig is challenging educational programs that exclude disfavored groups (usually males and whites), the program is nominally accepting all students, not just girls.

Also a scholar at the American Enterprise Institute, Perry wrote on his blog Monday that the Department of Education’s Office for Civil Rights informed him of the resolution at UCO.

By his count, 27 of his 231 complaints have been resolved “in my favor,” with more than 80 still under investigation by OCR. He expects all of them to end in his favor too, “given the clarity” of Title IX “and the clear violations” by colleges.

Originally described as a “Computer Forensics Program & an Education-Career Pathway for Girls,” according to its National Science Foundation grant page, the program repeatedly emphasized that it was only for girls. Perry said the university’s website for the program just recently removed application language that explicitly said the program is “unavailable for male students.”

An image of the original page with the word “Girls” in the title and description is still available from its website, though the application page that explicitly excludes male students does not appear to be cached anywhere The College Fix could find. The illegal program was funded by corporate sponsors and partners including Apple, IBM, Inciter, CGI and Stelar. 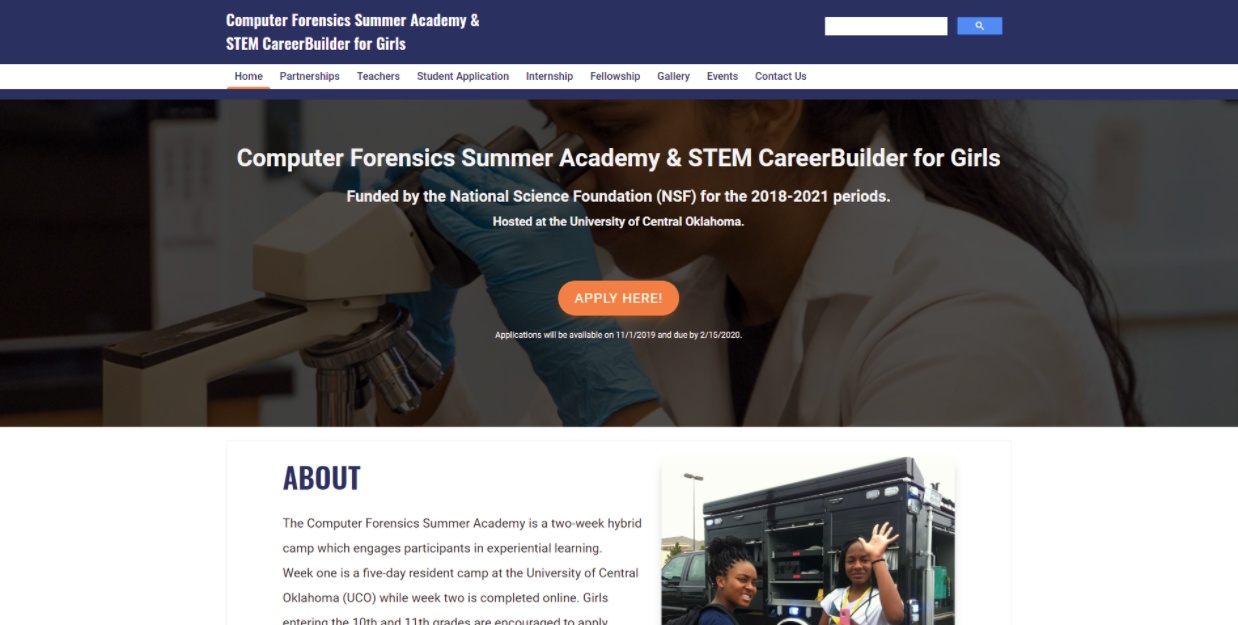 Perry said he learned about the program through the parents of a high school boy who wanted to apply but saw the no-males language on the application page. The economist filed the complaint under his own name – as he always does – to protect their anonymity.

The taxpayer-funded university has removed all sex-specific language from the content of the website, though it still only shows girls and its domain is still ComputerAcademyforGirls.com. Perry said OCR told him the federal office is “still in the monitoring stage” for the university to comply with the “Voluntary Resolution Agreement,” which requires UCO to “eliminate any suggestion” that the program is “for a single sex.”

Perry noted that UCO President Patti Neuhold-Ravikumar herself signed the agreement, which “seems to be an indication of the seriousness of violating federal civil rights laws.” (He posted images of the two-page print agreement, dated Sept. 30.)

As with other OCR resolutions, however, UCO was allowed to avoid admitting guilt and it won’t face any financial penalties, he continued:

Perhaps that’s why so many universities knowingly violate Title IX — the worst-case scenario is that they get caught like UCO, make the necessary corrections to their Title IX violations so that they don’t jeopardize their federal funding, but without any serious consequences and without actually even having to admit to the violation!??

The economist also denounced the National Science Foundation for funding “hundreds” of programs that exclude males at colleges, including the College of William and Mary and University of Wisconsin System:

And most of the time, hundreds of violations of Title IX like UCO’s go undetected and unreported, often because those who are aware of the violations are unwilling to complain or report the violation, out of fear of retaliation, to the university’s Title IX office or the Office for Civil Rights.

Perry said OCR has notified him of five more investigations opened into his complaints in the past month, against the University of Virginia, Florida Gulf Coast University, University of South Alabama, Youngstown State University and University of Maryland. All are offering programs reserved for females.

UVA’s program is one of “several dozen” programs for “female leadership/entrepreneurship/negotiation” that illegally exclude men, he said, naming 20 other colleges with such programs against which he has filed complaints.