Here’s a thought exercise: You get accepted into a graduate school at one of the most elite universities in the country. What do you do conclude after your inaugural year?

That minority students are “closer to death,” have experienced “wilted” friendships, and suffered “irreversible damage.”

Sounds serious. But Jonathan Garcia believes all of this because a highly dubious “noose” was discovered last Sunday on campus.

Although an official Stanford report notes the rope for the “noose” had been there possibly for years (left over from a student performance), someone notified campus officials that it had been fashioned into a noose.

As could easily be predicted, Stanford officials then went into action, declaring that campus equity measures still “have far to go” and informing the Stanford community of resources available to cope with news of the discovery.

They also noted, as Garcia does, past campus “noose” incidents. 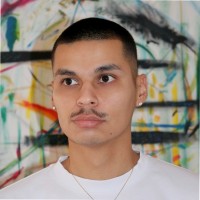 Garcia (pictured), a liberal arts masters candidate and program manager for “diversity, inclusion & purpose” at Discord, ponders in his Stanford Daily op-ed “Is it always like this?

“Of course, and you knew better. It must be.”

According to Garcia, racism — which gets lost in the “perpetual shuffle of diversionary tactics” that typically occur after incidents like the “noose” — only serve to bring people “closer to death”:

It is about killing people. It is that simple.

Sunday’s [“noose”] affairs have shortened the life span of students on campus. They take hold of space in the brain, and they manifest as a tightness in the body. They tire and weigh down on. They impact the quality of education that we can receive. They contribute to attrition on campus. Friendships wilt. Glances are exchanged, and sighs are shared. And for some, irreversible damage has been caused.

There is also “whiteness,” which Garcia claims plays “great tricks” on everybody. Whiteness prevents people from “listening to [their] intuition and “question[ing] what they know and feel.”

Regarding the latest “noose,” Garcia says “We also do not treat these threats accordingly because there are rarely concrete outcomes of accountability when actions like this occur.”

Maybe the “threats” are treated as they are because they are not threats. As noted by The Fix on Friday, the two Stanford “noose” incidents prior to this latest one most likely were not nooses, and elsewhere students and administrators have screamed “RACISM!!” over “shoelaces, fishing knots, Halloween costumes, [and] just normal ropes.”

Garcia certainly seems well-versed in oppression/grievance studies; apart from his verbose title at Discord he also was a director of “programs & inclusion” for an outfit called Hack the Hood, helped establish the “inaugural Anti-Racist Pillar work” at another organization, and was a “culture & inclusion fellow” at yet another.

“We need to know how to prepare for what is coming,” Garcia concludes his op-ed. Well, I can assist with that: Wake up and realize racism and “whiteness” aren’t at all the debilitating monoliths your teachers and professors told you they were. Keep in mind, too, that so-called anti-racist progressives are in charge of most cultural institutions, universities in particular.

So if you think the racial atmosphere at Stanford is life-threatening, the real world is going to be a big bellydrop.

MORE: Princeton to host vigil over ‘noose’ nobody knows anything about