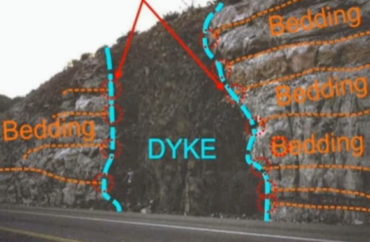 Students are increasingly displaying “ideological intolerance in the science classroom,” according to Williams College Associate Professor of Biology Luana Maroja.

Maroja, who has sounded the alarm on student enthusiasm for censorship for several years, recently wrote about the trend in a piece for Heterodox STEM, a new Substack for science scholars to weigh in on issues pertaining to science and society.

One example she cited was “a marked increase in students asking for ‘trigger-warnings’ for ‘offensive content’ such as … the use of the word ‘dyke’ in geology, not as slur on lesbians, but as a technical term (‘dyke’ is a layer of rock cutting into another layer).”

She also wrote that “some students in physiology refused to use the word ‘woman’ and instead used ‘person with a uterus.'”

Students have also argued with her that “IQ tests were invented to ostracize and marginalize minority groups.”

They also feel uncomfortable discussing kin selection, or the idea that when individuals take actions for the benefit of their offspring and siblings they indirectly perpetuate their own genes, she wrote, explaining it is a “problematic concept” to them because Donald Trump hired his own daughter. 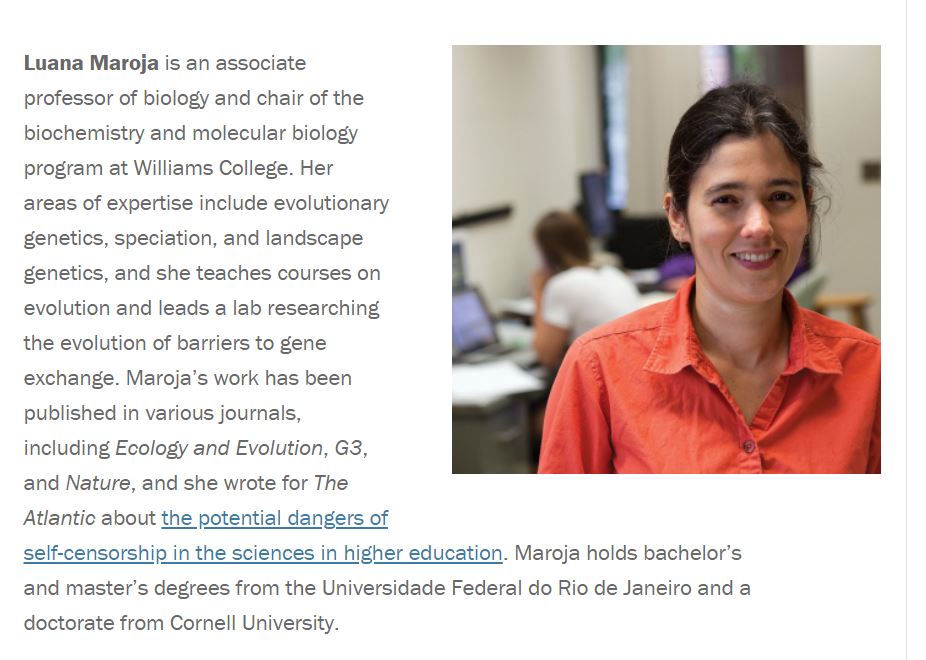 She spelled out these examples during a debate she participated in last month hosted by the University of North Carolina Chapel Hill on the topic of whether “politics belong in the laboratory.”

Maroja, author of a 2019 piece in the Atlantic headlined “Self-Censorship on Campus Is Bad for Science,” offered her anecdotes after being asked by the moderator about “the rise of ideologically driven students’ resistance to conversations on ‘controversial topics’ in the classroom.”

She recounted the debate in her piece:

This increase in taking offense is not surprising, it goes hand-in-hand with the raised awareness and the training workshops designed to prevent “microaggressions.” This hyper-awareness of potentially offensive words leads to a snowball effect, where even minor things, such as using the term “you guys” or praising the English of an immigrant like me, are considered offensive.

The moderator asked if I changed my approach to teaching as a result of incidents I described. While I do not avoid specific subjects, I now feel compelled to issue caveats: “Just because a trait has evolved by natural selection does not mean that it is also morally desirable”; “a heritable trait does not imply immutability, destiny, fate.” Furthermore, while I try to not be bothered, I am self-conscious when I use phrases like “you guys” or I ask: “Where are you from?” Perhaps some of these changes are positive, as issuing caveats might actually improve understanding and prevent misconceptions. However, other changes are obviously negative, especially the increase in self-censorship that leads many professors to avoid topics that they consider “dangerous.” This trend should be a concern to us all.

At some point after this part of the discussion, Thorp noted his dislike for professors “mocking students.” I did not have a chance to address this comment until later in the debate, when he repeated the claim. I pointed out that being concerned about increased fragility and ideological resistance to science is not “mocking students.” If a student asks me not to use the word “guys,” I will certainly avoid the word, not mock the student! In fact, I do not know a single case of a professor “mocking students,” even when student demands are concerning or far-fetched. Furthermore, as educators and scientists, we must teach students what is true, even if some concepts make them uncomfortable, not cater to their whims and insecurities. Confronting a student’s misconceptions and misplaced beliefs is not “mocking;” it is a part of education!

Later in the piece, Maroja wrote she was insulted by Thorp when he noted that universities were originally created for white men like himself, then suggested “that we should not teach concrete disciplines the same way they were taught in the past.”

“Does he really think that the teaching of Latino women requires a different math pedagogy than does the teaching of white men,” Maroja noted. “… What Thorp does not seem to realize is how offensive it is when it is argued that inclusiveness requires special accommodations, such as lowering the expectations for people who ‘look like me.'”

“…In the end, I was unsure if Thorp is a true believer in the need to lower standards in the name of inclusion, or if he plays a game, where he is a white savior.  It is hard for me to understand why some people, with all good intentions, fail to see the obviously damaging effects of their ideologies and actions.”