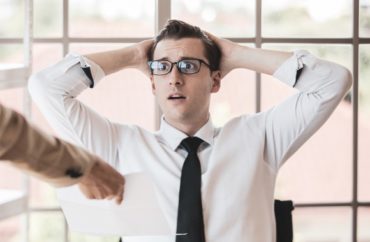 As “cancel culture” spreads intimidation over more of our institutions, colleges too are devising new methods to eliminate politically incorrect faculty. These mechanisms operate beneath the media radar and escape public scrutiny.

Concealing dismissals from public view is precisely their utility for institutions seeking to rid themselves of dissenting professors.

Two methods, both exploiting innovations in business law, protect institutions from negative publicity, professional censure and even legitimate oversight. They enable and conceal conduct widely regarded as unethical, aiming to trap scholars in legal liability and even criminal punishments.

Even private and conservative colleges, not only “liberal” state universities, are purging their faculty.

The Southern Baptist Convention’s flagship seminary used budget cuts related to COVID-19 to get rid of a few conservative faculty this spring. Last month’s dismissal of Jim Spiegel from evangelical Taylor University – for nothing that can remotely be considered improper (below) – shows how skittish Christians institutions have become and how little backbone they show in the face of pressure.

More than academic freedom is at stake. This facilitates the takeover of cultural institutions, using the public justice system as leverage. Scholars must understand what is taking place, both to defend their profession and alert the public to an unexpected new tyranny.

Only purpose of academic NDAs is to hide unethical conduct

Non-disclosure agreements may serve legitimate business purposes, but they are ethically poisonous in academics, violating academic freedom and concealing other ethical violations. Institutions can dismiss professors while immunizing themselves from both legal liability and public scrutiny.

Typically professors are fired without warning, because the surprise cuts them off from the institution’s grievance procedures and oversight bodies. Salary and benefits are then restored temporarily in exchange for renouncing legal claims, waiving constitutional rights, and especially their silence. This insulates the administration from accountability and makes the law an instrument of extortion.

Like any restriction on speech, the scope is potentially broad enough to at least intimidate even professional speech, including publications criticizing the practice. (No case law yet seems to exist.) The intimidation potentially inhibits the professional activity of  professors indefinitely.

Sworn to silence, dismissed professors cannot vindicate their own integrity. The only possible purpose of the NDA in an academic setting is to hide unethical conduct, thereby compounding it. NDAs themselves are prima facie proof that the administration is ashamed of its actions – including the NDA itself, which invariably prohibits divulging its own existence.

Yet professors who refuse to sign NDAs are not necessarily safe.

Faculty contracts can now contain “mandatory arbitration” clauses – often disguised – requiring that “employment disputes” be adjudicated in secret by private arbitration firms. Here too, professors are instantly cut off from courts, grievance procedures and oversight bodies, as well as collegial and public opinion.

Under MA, objections can be voiced only in secret commercial proceedings consisting not of colleagues but of lawyers. They ensure that ethical questions are smothered: Proceedings are closed and without record, and professors incur legal punishment for public disclosure.

Proper or not in a business context, MA now constitutes a vast privatized judiciary that “has largely displaced the civil justice system for most of the major transactions of ordinary people,” in the words of a 2015 briefing paper by the left-leaning Economic Policy Institute.

The departure from accepted legal procedures, including due process protections, is indeed breathtaking.  Enjoying legal immunity, arbitrators have no specified limits on what awards or punishments they can inflict, including punitive damages and lawyers’ fees.

Such guidelines provide no guarantees for contractual, statutory or constitutional rights such as free speech, no rules of evidence, no jury trial and no appeal. Parties can’t withdraw from proceedings, and decisions are rendered in absentia, without parties present to defend themselves.

Arbitrators have no limits on how they can rule, the scope of the ruling, or its relevance to the merits, issues or facts. They aren’t required to explain decisions or record evidence. Damages and fees can be imposed without limit, even without any finding of legal culpability, and yet decisions are legally binding and enforced by courts.

Procedures are vague, ambiguous, and self-contradictory on key points, and some involve demonstrable intentions to deceive. Decisions can be based on non-legal grounds, such as religious beliefs.

Arbitrators can even issue restraining orders carrying criminal penalties. This constitutionally questionable tool places legally innocent people under summary penal supervision, and violation can mean mandatory incarceration without trial. This applies even when the infringement is inadvertent or unavoidable, which it may be, since it only prohibits otherwise legal acts.

Still, mandatory arbitration is defended on the presumption that arbitrators seek a reputation for impartiality, according to lawyers engaged in arbitration. Yet whatever the incentives in business disputes, they are largely irrelevant in higher education.

Selling concealment – including criticism of the process

Higher education introduces a still more serious dynamic. Some controversy already surrounds MA clauses in student enrollment contracts, especially “gag clauses that prevent students from sharing information about their complaint,” according to The Century Foundation. But no one has elucidated the far more serious implications for academic freedom of faculty.

Dissenting professors can be airbrushed out of an institution and gagged. Questions of academic freedom or any ethical principle become subsumed into an “employment dispute” in which colleagues have no role, academic ethics are irrelevant, and colleagues, students, donors, trustees, accreditors and the public will never know.

Instead it is sorted out by lawyers in the secrecy of arbitration. Regardless of any material award, the institution wins the important battle before the procedure ever begins, because its reputation is guaranteed to remain intact, insulated by secrecy regardless of how unethical its actions.

By its nature, MA cannot redress academic freedom violations because it is itself the most powerful tool in enabling and concealing the violations in the first place.

Dismissed professors cannot vindicate their own reputations or even explain to another employer why they are searching for work. (Few are likely to believe pretexts like “budget cuts.”) Suspicion of having signed an NDA may also compromise one’s professional integrity.

Even if professors decline to use arbitration to claim damages from the institution, any utterance could potentially trigger an arbitration procedure against them by the institution. In absentia, it can seek punitive damages, and no rules limit the amount.

Theoretically, the arbitrators could empty a professor’s bank and retirement accounts, force him/her to pay the institution $1,000 (or $100,000) a month for life, and even issue a restraining order adding criminal penalties for disclosure  – all without criminal protections.

Why would arbitrators act so unjustly? Because in education it’s baked into their business model.

Firms are selling universities procedure itself, whose purpose is concealment. They offer a no-lose outcome: token damages, at most, in return for protecting the institution’s reputation by keeping the professor quiet.

Arbitrators therefore have both the incentive and means to punish severely professors who dare to hit the university where it hurts, by exercising their authority as scholars to endanger its reputation for academic integrity. Criticizing the college’s ethics, including the arbitration itself, also undermines the arbitration firm’s entire selling point.

Given the almost complete lack of restraints on arbitration rulings, the firm can collude with the college and twist the knife on recalcitrant faculty. The threat of total ruin is enough to keep their mouths shut.

Faculty governance – especially internal criticism – also disappears altogether. Administrations can transform any dissenting view involving their governance (or any topic) into an “employment dispute,” to be “resolved” only by secret arbitration.

By dismissing faculty critics, administrations can subject all institutional governance to the jurisdiction of arbitrators – or again, at least use the threat to intimidate. Accountability and internal grievance procedures become useless. Faculty become docile, and everything looks serene because no controversy can ever surface.

“Christian Conciliation” is a variation that confirms the objective of eliminating divergent views, and even justice itself, further obfuscating the underlying purpose of MA with a pretense of religious sanctimony.

It promises a less “adversarial” alternative to courts that “conciliates” differences rather than litigating them, and turns opponents into friends by “chang[ing] their attitudes and behavior.” In effect, Christian Conciliation aims to convince people that the Bible itself contains a mandatory arbitration clause.

In reality, it is boilerplate MA, sprinkled with Bible verses, and has no connection whatever with the Bible. In fact, it prevents people from following the very biblical model that it cites.

What seems jaw-droppingly cynical for “Christian” institutions is taking advantage of people’s good will and betraying their good faith by deceiving them with the illusion that they are being relieved of their own “animosity.”

In reality, they are being relieved of their access to public justice and constitutional safeguards. In the name of “avoiding unnecessary conflict,” Christian Conciliation aims to convince people that the Bible obligates them to surrender their freedoms and protections. They walk defenseless into a legal trap where lawyers representing opposing interests can injure them severely.

Behind the smiles, the business product being sold here is not reconciling people who disagree but eliminating them with an outfit of legal goons. Christian Conciliation sends the message that you will be reconciled to those who injure you, whether you like it or not, and then you will be quiet – or you will be sorry.

It beggars belief that ostensibly Christian institutions would weaponize the Bible for such a devious trick. That the purpose of the maneuver is to conceal other questionable practices makes one wonder what kind of ethics and theology is taught in these institutions.

The most debilitating feature in all this is the admission of intellectual debility by institutions of learning.

Universities, colleges, seminaries – their trade is ideas, knowledge, argumentation, critical thinking, exchange of views and similar clichés. Yet when institutional self-interest is at stake, these high-minded pretenses are readily discarded or confined to the classroom.

Instead they stab their faculty in the back and attempt to conceal it by threatening their own instructors with plunder and even prison. It would be difficult to devise a more open admission that these institutions have become havens for the intellectually feeble, lacking confidence in their own capacity to defend themselves when their self-interest is at stake.

Why should anyone trust the scholarship that comes out of them, or the classroom instruction they offer?

Stephen Baskerville, PhD, is president of the Inter-American Institute and research fellow at the Howard Center for Family, Religion, and Society and the Independent Institute. His writings include books and peer-reviewed articles on politics, law, history, theology and higher education. In July 2019, he was dismissed as full professor of government from Patrick Henry College.