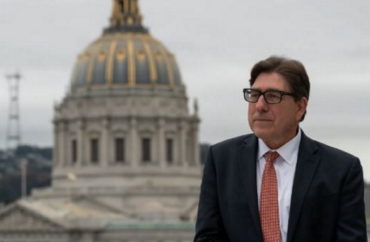 The chancellor of University of California Hastings College of the Law, the state’s oldest law school, published a memo Saturday that calls into question the legitimacy of the Supreme Court and argues “those with religious objections to abortion do not have the right to impose them on others.”

Chancellor David Faigman, who is also a professor of constitutional law, wrote a relatively short memo at less than 350 words, but it still managed to employ almost every far-left argument progressives are making in the wake of the Supreme Court’s 6-3 ruling Friday to overturn Roe v. Wade.

“This decision turns back the clock not just to 1973, but to a century when women did not have the right to vote and were, largely, treated as property,” Faigman stated in all seriousness. “… The world today is so much less generous and inclusive than it was just yesterday. I tremble for my granddaughters.”

Faigman, who also holds the title of law school dean, stated that he appreciates this topic is “highly politicized.”

“But those with religious objections to abortion do not have the right to impose them on others,” he stated. “As a dean and professor of constitutional law, this opinion—and, indeed, the composition of the Court itself, which is a product of political gerrymandering—raises basic questions regarding the legitimacy of the Court itself.”

Dean Faigman derided Supreme Court Justice Clarence Thomas to back up his argument:

Just the obvious inconsistencies between the rationales of today’s decision in Dobbs and yesterday’s decision in Bruen striking down New York’s century-old restrictions on carrying concealed handguns outside the home raise serious questions of institutional legitimacy. On the eve of Pride weekend, Justice Thomas’s concurring opinion in Dobbs underscores the breadth of the potential challenges to other fundamental and hard-won rights, including marriage equality. This is all taking place against the backdrop of ongoing Congressional hearings that reveal the precarious state of the rule of law.

He ended by pledging to use his role as leader of one of California’s most prestigious law schools to help prepare future lawyers and policymakers to “grapple with the outcome of today’s decision.”