Already among highest percentage of ‘underrepresented minorities’ in UC system

The University of California-Santa Cruz and the UC Office of the President are giving The College Fix the runaround when it comes to answering questions about UCSC’s faculty diversity pilot program.

UCSC and UCOP each directed The Fix to the other, and when informed of the other’s response, they either refused to comment or didn’t respond.

The public university announced the pilot in November. It will judge a substantial portion of job applicants by their “statements on contributions to diversity, equity, and inclusion,” without regard to their academic merit, “before determining whether to evaluate the rest of the application materials,” the press release says.

UC-Berkeley ran a similar program in its life sciences departments in the 2018-2019 school year. A critic of “diversity screening” in the UC system told The Fix the programs were “likely to have catastrophic implications for the intellectual life of the University of California,” especially if they go beyond Berkeley and Santa Cruz.

“Some of these pilot programs are dangerously ill-conceived, often advancing [a] social agenda divorced from academic excellence,” Michael Poliakoff, president of the American Council of Trustees and Alumni, wrote in an email.

The UCSC pilot “has become a common practice at various UC campuses in the last few years,” Richard Sander, a UCLA law professor known for advocating the “mismatch hypothesis” of affirmative action, told The Fix.

This “represents another way that the university is not only disregarding their obligations to be race-neutral under state law but is actively substituting ethnicity issues for merit,” said Sander, referring to California’s Proposition 209.

The professor (below) has not just criticized UC practices from the sideline. He’s suing the system for hiding records that may show it discriminates against Asian-American applicants.

Applicants asked to ‘give a talk’ on their diversity contributions

UCSC’s pilot is made possible by a September grant from UCOP, which in turn received new funding for faculty diversity from the Legislature, where Democrats outnumber Republicans by three to one.

Another grant will fund research on how to “redefine the meaning of leadership to be more inclusive of existing practices and efforts of historically marginalized faculty.” The two grants total $497,000.

While the university did not explicitly say it’s excluding whites from the faculty recruitment program, the press release said UCSC must increase its proportion of “underrepresented minorities,” which at 15 percent is already among the highest in the system. (The term does not always include applicants of Asian descent.)

“It’s critical that our faculty better reflect the great diversity of our student body and arrive ready to help make our campus even more inclusive,” said Herbert Lee, vice provost for academic affairs and the campus diversity officer for faculty.

The pilot will encompass a third of faculty searches across four different academic divisions. They will focus solely on candidates’ contributions to diversity, equity, and inclusion. Only once candidates qualify in this aspect will their full applications be reviewed.

Search committees are also being asked to have job candidates “give a talk” on their diversity, equity and inclusion contributions and how they would further it at UCSC.

Part of the grant requires UCSC to host a workshop on faculty research into the best practices for “inclusive hiring.”

MORE: UC’s diversity screening could ruin quality of its faculty

Given the university’s “long standing commitment to progress on social justice, global and community health seemed like a natural area of growth for the campus, and one where we should make every possible effort to recruit faculty who reflect the diversity of the state and nation,” Paul Koch, dean of physical and biological sciences, said in the press release.

Neither UCSC nor UCOP have been willing to talk about the program aside from the press release.

Asked for the name of the UCOP grant program on Nov. 7, UCSC Director of News and Media Relations Scott Hernandez-Jason told The Fix to contact UCOP.

The Fix made multiple phone calls and sent multiple emails to both UCOP and UCSC media relations staff between Jan. 22 and Feb. 1, seeking more information. After five calls, UCOP’s Andrew Gordon called back to tell The Fix the query must be directed to UCSC, which UCSC had earlier directed to UCOP. The Fix called and emailed UCSC again, and it has yet to answer.

Lee, the vice provost for academic affairs and the campus diversity officer for faculty mentioned in the release, did not respond to email or phone queries.

‘Creates a strong incentive to water down the tenure requirements’

“Although requiring a diversity statement as a part of an application seems reasonable, given the imperative of understanding students of different backgrounds and teaching them effectively,” they can be taken too far, said Poliakoff, the ACTA president.

“Different University of California campuses have used the diversity statements in different ways in hiring and promotion, some, so far, in relatively benign ways,” he told The Fix in an email. “Abuses will arise, however, when diversity statements are used as an up-front screening process for applicants.”

(UCSC noted in the press release that its job candidates are already asked to submit a diversity, equity, and inclusion statement, just not during the first screen.)

Poliakoff recently wrote about the problems of diversity screening in Forbes, citing pushback from UC’s own faculty. 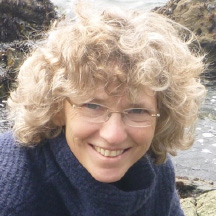 The diversity pilot by UCSC is related to tenure concerns, according to Sander, the UCLA law professor. “The university does not want to disproportionately reject diverse candidates at the tenure stage,” he told The Fix, which “creates a strong incentive to water down the tenure requirements.”

It would be better for universities to use traditional methods of application review while increasing the pool of candidates and developing objective ways to compare these candidates, he said. That way they will “end up with a pool that is both strong and diverse … intellectually and politically as well as ethnically.”

Currently, he says, “many UC faculties are not particularly intellectually diverse or politically diverse.”

Asked if the initiatives at UC campuses could be setting the stage for universities nationwide, he said it was “quite possible it’s a precursor. UC has historically been on the cutting edge of these types of efforts, and many other universities have taken their cue from UC.”

Sander added that “there is an investigation going on into these practices at some of the other UC campuses” and “faculty are concerned about this.” It’s not clear whether he’s referring to more than UC-Berkeley’s life sciences initiative; Sander said that university had tacitly “conceded that they were engaging in systematic racial discrimination.”

He has not responded to a Fix request to elaborate, though a lawyer previously told The Fix that unnamed UC faculty had contacted him about UC-Berkeley’s practices.