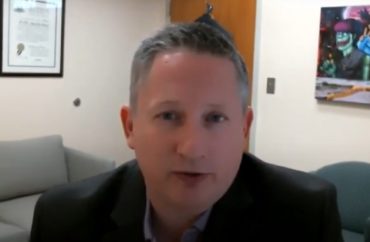 Former University of Miami Law School Professor Dan Ravicher has filed an Equal Opportunity Employment Commission complaint against his former employer after it forced him out of his professor job.

The federal complaint alleged a breach of contract, defamation and discrimination against him based on race and gender. It comes after Ravicher and his attorney brought up the same concerns in a June letter to the private Florida university to no avail.

The EEOC filing alleged Miami Law treated the conservative professor differently because he is a white male who supported President Donald Trump. Ravicher has not heard from the EEOC as of August 23, according to a Twitter message to The College Fix. He filed the complaint on July 28.

Former Dean Anthony Varona violated Title VII and the Florida Civil Rights Act, Ravicher alleged. Ravicher paraphrased Varona’s assertion that “my comment was offensive because I am a white man and if I were black or a woman my comment would not be a problem.”

“Similarly situated employees like Mary Ann Franks (white, female) and Osamudia James (black, female) were not reprimanded and/or threatened with discharge for engaging in similar behavior,” Ravicher alleged in his EEOC complaint.

Neither the letter nor the EEOC complaint elaborate further on these two employees. However, James, now at UNC-Chapel Hill, has previously written in August 2016 about the views “white people” and “white parents” have on race.

“They both have made repeated statements on social media, and in the classroom as well, that many students have found offensive, such as Trump and his supporters are racists and sexists,” Ravicher told The Fix via Twitter.

Franks has previously said “health misinformation” should be a federal crime.

The Fix contacted the law school’s spokesperson Catharine Skipp but has not heard back on several emailed requests for comment in the past week.

Ravicher, now working in patent and intellectual property law, had made several statements about the voting patterns of racial minorities. He also said people should buy guns in the wake of Biden’s election, who was expected to tighten restrictions on gun ownership.

Varona still works at Miami but no longer is a dean, reportedly due to low fundraising numbers. While dean, he also refused to investigate a Black Lives Matter student activist named Jordan Gary who said she hated white people.

“My message is that you can’t break the law in service of wokeness,” Ravicher told The College Fix recently via Twitter messaging.

The claim further alleged that Ravicher was defamed by the Law School’s Vice Dean Andrew Dawson on November 10, 2020, after Dawson questioned the professor’s “impartial grading” and academic integrity. Dawson alleged that Ravicher could not be partial with students’ grades after expressing his views in such a way as to call into question the integrity of the grading process.”

“Mr. Ravicher has never had any complaint filed against him by anyone regarding impartial grading or his academic integrity,” the claim said. “We are further informed that Mr. Ravicher’s student evaluations are outstanding and that he was repeatedly identified by graduating students as one of the fairest and best professors at the Law School.”

Ravicher told The Fix he had no initial response to Varona’s comments because it was “illegal behavior.” The law professor has found employment elsewhere but told The Fix in June he always wanted to stay at Miami.