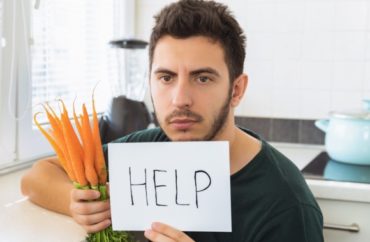 The funds for hungry UC Irvine students will be spent from the Associated Students of UC Irvine Senate’s reserves, which are paid for through fees on other students. According to the Los Angeles Times, the money will be sent to the FRESH Basic Needs Hub, a campus food and toiletry pantry.

According to the UC Irvine general catalog, the estimated annual cost to attend the school is between $32,000 and $34,000, depending on whether the student lives on campus.

In November 2018, the University of California system approved the Special Committee on Basic Needs, which was tasked with improving students’ academic performance by providing them with common things they need to live. The Basic Needs committee was preceded by the Food Access and Security committee, which began in 2014 as a part of the Global Food Initiative led by UC system President Janet Napolitano.

According to the committee’s charter, “basic needs” refers to the “resources required for students to be successful,” including “access to nutritious food, stable housing, and financial support.” The charter document claims “44 percent of undergraduate students and 26 percent of graduate students are experiencing food insecurity” in the UC system.

In 2018, 21 percent of respondents in the University of California Undergraduate Experience Survey claimed to be experiencing “low food security,” meaning they “eat regularly but typically have to rely on food that is low quality or lacks variety.”

Asked to weigh in on the emergency funds, 2017 UC Irvine grad Peter Van Voorhis said the “student government should ask Chancellor Howard Gillman, who makes $514,537 a year in addition to his taxpayer-funded mansion, to cough up instead of making students pay for this.”

“UC Irvine should lay off their thousands of paper-pushing bureaucrats and realize that paying those salaries is the reason why students are in debt and can’t afford food in one of the richest areas in the world,” Van Voorhis told The College Fix.

Much of the national focus on “hungry” college students stems from research by Temple University higher education policy and sociology Professor Sara Goldrick-Rab, who argued in a 2018 New York Times op-ed that students have a difficult time learning while hungry, and thus “food insecurity is strongly linked to lower graduation rates.”

But critics of “food insecurity” research take issue with how the term is defined. For instance, the Temple study asked students questions such as whether they feared “food would run out before I got money to buy more,” or “Did you ever eat less than you felt you should because there wasn’t enough money for food?”

As James Bovard noted in a USA Today column, “Redefining hunger as abstaining from second servings makes for a push-button crisis,” arguing instead that modern students are “overweight and lazy.”

Bovard also objected to the contention that hunger affected minority groups on campus.

“If there were a national conspiracy to starve bisexuals, we would’ve heard about it before now,” he wrote.

“At most schools large and small, a sizable activity is running food and lodging operations,” writes Vedder in “Restoring the Promise: Higher Education in America.”

“Do the schools do this efficiently, providing good value to the students? Or, are they using these operations to further make money off their student charges, engaging in monopolistic rip-off practices?” Vedder writes.

Vedder also notes that the quality of food has dramatically increased in recent years: “Decades ago, students went through cafeteria lines with a choice of one or at most two entrées and had limited other choices. Today, many of them can choose from many options with salad bars, fairly elaborate desserts, and the like.”

One 2016 Auburn University study found that rather than starving, 70 percent of college students gain weight during their time on campus. According to the study, the number of students classified as “obese” increased from 18 percent to 31 percent over four years, with students gaining an average of 12 pounds.

Yet at UC Irvine, $188,000 in student fees will be directed to provide “fresh pantry food” in one of America’s richest counties. The remainder of the funds will be set aside for “emergency” food swipes at the pantry and for an “on-site case manager” for one year, the Los Angeles Times reports.

Editor’s Note: Peter Van Voorhis is a former contributor to The College Fix.