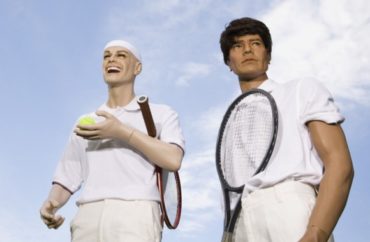 Students must confront regents (lawfully) at board meetings

Wallace Hall made himself persona non grata with both the University of Texas System and state lawmakers by aggressively seeking to document an admissions scandal.

Not the one you’re thinking about. The one that stretches back 15 years and implicated Texas lawmakers.

Now the former regent – unsuccessfully impeached but successfully censured for his whistleblowing – is sowing doubt about the UT System’s commitment to root out fake placement on athletic teams, among other methods for admission of unqualified students.

UT has been ensnared in the federal investigation of eight universities for athletics-related admissions fraud. Former men’s tennis coach Michael Center pleaded guilty in April to accepting a six-figure bribe in order to put a student on his team, guaranteeing his admission.

President Greg Fenves told the community in March, when the Justice Department arrested Center, that UT would investigate “if the problems extended beyond a single incident” and review its policies to stop it from happening again.

Hall, the former regent, called BS on Fenves’s claim at an event last week with the American Council of Trustees and Alumni and Texas Public Policy Foundation.

“I don’t think that it’s acceptable for President Fenves to say we’re going to review our policies on admission,” he said, according to The Daily Texan. “They’re still cheating at a very high level, and I would push to know who is being let in outside of the holistic process.”

It’s up to students to confront regents at board meetings, rather than waiting for administrators to clean up their own act, Hall said. Not by shutting down their meetings, but by using the two minutes of speaking time afforded to all attendees to “demand that they do something about transparency in admissions” and explain why it’s important to students.

MORE: UT-Austin slapped down for withholding docs in admissions scandal

“We simply asked questions, and then we were battered,” Hall said. “When you raise your hand, they will isolate you as they did with me.” Via @thedailytexan @TPPF https://t.co/85NXLpS3v1

Hall said the admissions situation hasn’t improved since he started investigating politically driven admissions in 2011. The scrutiny led to the resignation that year of Lawrence Sager, dean of the law school, under pressure from then-President William Powers, who passed away this spring,

Sager said Powers’ interest in certain candidates may “have on occasion swayed [his] decision,” according to an external review. Powers, who ran the law school at the beginning of the period in question, admitted he accorded more weight to calls and recommendations from politicians because of their oversight over UT.

After Hall sought the full files from the review and was rebuffed, the attorney general of Texas sided with him, telling UT-Austin it had no basis for refusing to turn over the documents to the board. (The university used every administrator’s favorite excuse for hiding information: the Family Educational Rights and Privacy Act.)

Hall’s dogged efforts led to the regents eventually narrowing the situations in which a campus president such as Fenves could unilaterally admit an otherwise unqualified student.

The former regent told last week’s event that “we simply asked questions,” and warned that anyone who followed in his footsteps would be “isolated,” according to the Daily:

A lack of responsibility in state politicians and a lack of power in the Board of Regents led to both the UT Law School scandal and the admissions scandal, Hall said.

“The people that have the power, they’re the ones that need to be held accountable,” Hall said. “The politicians that control funding … and appoint board members.”