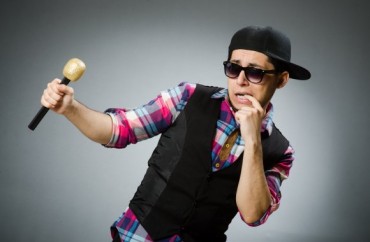 Not shared: race of the student, exact word used

Former White House Chief of Staff Rahm Emanuel is known for saying “You never want a serious crisis to go to waste.”

Rhode Island’s Bryant University is taking that advice to heart as it rushes to stage an “educational conversation for the campus community” – the first of many – in response to an isolated use of an unidentified “racial epithet.”

But a Providence Journal report Tuesday makes clear that the alleged recipient of the racial epithet does not agree with the university on some facts of the incident. And the university’s response suggests that it will threaten discipline on any campus community member who uses any variation of the n-word, regardless of context.

Student Quinton Law, a leader in both campus and national College Democrats organizations, initially claimed that a young woman “called me a n***er … for no apparent reason” as he was walking home Feb. 3. She “screamed” it and then said “I don’t care if I sound racist,” according to Law.

He didn’t name her in the Facebook post but identified the part of campus where the incident happened. A commenter on the post said the woman “yelled it out a window.”

Law revised his story when he talked to the Journal: The woman screamed “I f—ing hate these n—–s,” plural, and he responded “That’s racist as hell.” She then responded, in the Journal‘s paraphrase, that “she didn’t give a (vulgarity) if she sounded racist.”

His claims drew broader attention because Law said administrators variously tried to get him to remove or replace the Facebook post, citing “threats” that both the young woman and her housemates were receiving.

It’s not clear how they were identified, and Law emphasized in the post that he wanted to meet with her personally to help her “understand the history and pain behind the slur you used.”

Yet he refused the university’s offer to set up a “mediated conversation” with the woman because he wanted “all administrators …. from top to bottom” to attend, not just Center for Diversity and Inclusion staff.

The racial slur or the casual African-American greeting?

After an investigation, the university told a different story that called into question Law’s claim about the specific word used against him.

It was apparently not the six-letter form of the n-word used by whites as a racial slur, as Law claimed. An email to the community from Vice President for Student Affairs John Saddlemire said the “bias incident” documented by the university involved “reciting the words of a popular song.”

That suggests it was the five-letter variation of the n-word common in hip hop and personal greetings between African Americans.

Neither Law nor the administration has shared the race of the woman who said the disputed word, but Law claimed he didn’t hear a “reference to a song or to a rap in what she was yelling.”

Law rejected both suggestions from administrators, adding a second Facebook post Feb. 11 that claimed unnamed groups are “trying to report my [original] post to be taken down” and that “school officials” asked him to delete it.

“I now have an understanding of exactly why people never report incidents like this” – because he’s been asked to explain why he won’t remove the post. “In my opinion, the effort to contain this incident by some officials has overshadowed any support that has been offered on their end,” he wrote.

A spokesperson told the Journal that it can only confirm that “a Bryant student stated a racial epithet in a public setting” on Feb. 3, and that Bryant’s bias-incident response protocol “included interviews with multiple students and a review of security camera footage.”

Its Bias Incident Committee “concluded that a bias incident had occurred” and that “offensive and wrong” language had been used. The spokesperson did not clarify what word was used, despite Saddlemore’s suggestion that it was the casual-greeting form of the n-word and not the racist slur.

The Student Affairs Division is “organizing an educational conversation for the campus community on the history and use of the N-word” as a result of this incident, scheduled to take place by mid-March. It “will be the first of several future conversations on our campus regarding challenging social issues,” the spokesperson said.

The College Fix has asked the administration to disclose the specific word allegedly used by the young woman; whether it considers context when evaluating the use of an n-word variant; and to clarify whether the pending “educational conversation” is mandatory for students to attend, classes will be canceled, or both.

The private university’s treatment of various forms of the n-word has broad ramifications for speech on campus.

If it treats the casual-greeting form of the n-word as a “bias incident” regardless of the context in which it was used, it may chill everyday conversations between black students, audible performances of hip hop or just students singing along to certain music.

It may also chill the speech of faculty who use any form of the n-word in a classroom context, even when citing or quoting academic texts. Faculty who use the word in an academic context have been investigated, suspended and denied tenure.

Spokesperson Cecilia Cooper emailed The Fix an “updated statement” from President Ron Machtley on Friday that did not answer Fix questions.

It focuses on the university’s pledge to review its social media policies, so that they protect “the principles of free speech while balancing the needs of the safety of our community.”

That refers to letting Law publicly criticize the “racial epithet” he experienced, while protecting those he criticized from threats: “It is not the university’s policy to attempt to suppress information regarding acts of racism and it never will be.”

Machtley does not seek to assuage students and faculty that their expression will be protected when others are offended by it, such as when they use variations of the n-word in academic discussions, song performances and personal greetings.

Instead he invited Law to visit Machtley’s office to tell his story and “assure him he has the support of this administration to express his views.” Other officials and Bryant’s outside legal counsel have also been tasked with reviewing the incident and “our process and procedures to help us improve going forward.”

UPDATE: The Fix has added portions of a statement provided by Bryant after this article was published.