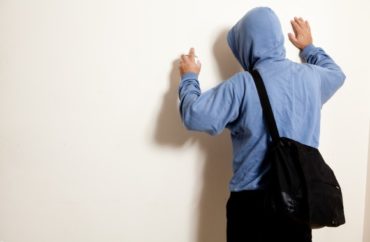 Dorm room graffiti gets the attention of university cops

A torrent of penis drawings in different locations across the Virginia Tech campus last fall drew numerous bias complaints from students, leaving university administrators grappling for answers as to whether the university had been targeted by a penis-drawing bandit.

According to bias incident reports obtained by The College Fix through a public records act request, a total of 45 total reports were filed with the university in the fall 2018 semester. Of those, five complained of penis drawings and a sixth was over someone who accused another student on a whiteboard of never having “eaten a dick.”

What’s more, of the 45 bias reports filed last semester, more than half – 25 – were related in some way to dorm whiteboards, public graffiti, or other campus signage. It seems campus leaders may have spent a great deal of time policing phrases and images drawn on dorm room doors with dry-erase pens. The public university also charged The College Fix $390 to fulfill the open records act request.

· A student was offended when another student created a meme suggesting heterosexual people have poor taste in interior design.

· A white student asked an African-American student if he could rap, which the black student saw as racial bias.

· After a midnight snowball fight, a group of young men were found to be discussing how un-athletic some of the female students throwing snowballs at them were.

· When a male student told a female student that the “Reagan-Bush ‘84” T-shirt he was wearing was not “sarcastic,” she yelled “fuck you!” at him. The reporting student, perhaps tongue-in-cheek, suggested this was a slander against his “gender expression, gender identity, race, religion, ethnic origin,” and “color.”

The documents provided by Virginia Tech have all personal identifying information redacted.

As for the alleged penis-bandit or bandits, in August, two female roommates in O’Shaughnessy Hall found penises drawn on their dorm room whiteboard. The university followed up several times to make sure the students felt “safe about the whiteboard situation.”

In September, two different female dorm roommates also found someone had drawn a picture of penises on the whiteboard affixed to the outside of their door. The roommates said they often used the board to write jokes to make others laugh, but feared the penises were a sign someone was mad at them.

While alarmed enough to report the incident, students told the university that they did not feel they were in danger, according to the reports. Yet during the September reporting process, the perpetrator may have struck again, as another penis was drawn on the students’ whiteboard.

The incidents continued when, on the morning of September 19, a school counselor walked by Slusher Hall, a co-ed dorm, and saw a drawing of “male genitalia” on the window of a dorm room; the student was not in the room when the investigation into the drawing took place. In October, a dorm was under construction so the floors were covered in paper; a student complained that some other students were drawing “inappropriate images” on the paper after the workers left for the night.

Virginia Tech administrators did not respond to requests by The College Fix to comment, so it is unclear whether they suspected these images were the act of a lone student or a gang of genitalia artists.

It is also not known whether the rise in phallus-related incidents was related to the popularity of Netflix’s “American Vandal,” a mockumentary that dissects the investigation into penis-related vandalism at a California high school.

Bias reports are filed with the university’s bias incident reporting system, hosted by the Division of Student Affairs.

Among the other complaints last fall, reports were made after the phrases “Hello bitches,” “sup bitches,” “bitches,” and “gobble gobble bitches” appeared on whiteboards. (In one case, the residents had to fess up to writing the messages, saying they called each other “Lil’ Bitch” affectionately.) One student found a swastika with the word “NEIN” on his door; another found the word “fag.” In one report, only the words “Saudi Arabia” had been written on the board.

One community whiteboard in the all-male Pritchard Hall read “women are less than men change my mind,” with a student’s Twitter handle written underneath. Another board on a student’s door had the words “don’t worry, be happy” written on it – another student wrote “as in gay” underneath the original message. The Virginia Tech Police Department was called to investigate.

More signage drama occurred in August during the university’s Office of Equity and Accessibility’s campus-wide campaign around gender expression and identity. Two “Do Your Business, Mind Your Business” posters were found to be missing from a restroom in the University Libraries building; one of the signs was later found in a trash can. The incident was reported by a faculty member as an example of bias against “gender identity.”

On multiple occasions, police were called to investigate graffiti in bathroom stalls in campus buildings. In August, an investigation was opened by the VTPD when a custodian found swastikas, phone numbers, dates, penises, and the phrases “Go Back to India,” “Death to Muslims,” and “Keep VT White” carved into a bathroom stall wall in the Squires Student Center. Budweiser stickers and beer bottles were also found in the bathroom. Later, law enforcement was called to the scene late in September when the words “Kill all Fascists” were found scrawled into the wall of a men’s room stall.

In September, a public chalkboard outside Squires read “Hail White (more) Supremacy,” “Pledges you don’t fuck,” “Go back to ISIS,” and “Trump 2020.” Campus police opened an investigation into who wrote these messages on the chalkboard.

The bias reporting system was used for far more than public signs, however.

In October, a student reported a literary professor for failing to offer a trigger warning before discussing a passage of a book in which a sailor rapes a servant at the house in which he was staying. The student said that during the lecture, she “couldn’t move,” saying she sat through “45 minutes of flashbacks and terror,” according to the report.

Citing the national conversation over the #MeToo movement and the Brett Kavanaugh Supreme Court nomination hearing occurring at the time, the student said she was “utterly shocked and very upset that a professor at this institution that I am paying out of pocket for would have the complete lack of forethought and insight of what such a reading and expose could do.”

“Quite frankly I do not want to ever set foot in her classroom again because I cannot trust her anymore to consider her students when planning a lecture,” she added.

In July, a male lecturer in agriculture was giving a talk on common abnormalities found in corn growth. The lecturer showed a slide featuring a picture of a corn stalk with an ear growing where there is normally a tassel.

Among the other bias complaints from last fall:

· A student complains that his roommate “outed” him to others on campus.

· When observing another student on campus wearing “shorts above the knee,” a male student turned to a female in his group and suggested the man wearing the tiny shorts was a “faggot.”

· “The bias reporting system is biased and insults my intelligence.”

· A student complained that the “VT Ware Lab” survey only had the option to identify one’s self as “male” or “female” with no option of either not disclosing your gender or self-report as “other.”

MORE: Professor asks men to send her pictures of their penises to help measure self esteem