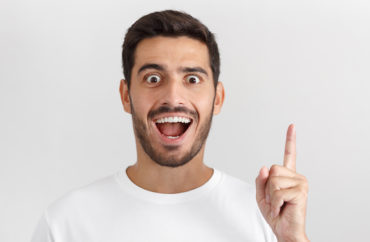 There’s a lot of useless inquiries in academia

Researchers at Stanford University recently stumbled across a groundbreaking discovery: If food is prepared tastefully and presented in an appealing manner, people will eat more of it. No, really. It turns out that if you cook a dish with carrots, lemon juice and brown sugar, and call it “twisted citrus glazed carrots,” people will want to eat it. Are you shocked? Apparently it was news to a handful of academics who aren’t all that familiar with the average human palate.

Elsewhere in the news, some academics found that a belief in, and endorsement of, casual sex leads to unstable marriages. Do tell. A campus climate survey at Tulane some time ago discovered alcohol and drugs play a major roll in sexual assault. A $5 million grant to a Brown University researcher, meanwhile, discovered that frat boys drink more than non-frat boys. Ladies and gentlemen, that is the kind of one-in-a-lifetime newsquake that defines a generation.

There is a certain type of mindset in academia, not at all uncommon, that believes anything worth knowing must be approached in the vein of a well-funded, controlled, multi-year study. This is just silly. Academic research can lead to any number of useful discoveries, but the drinking habits of frat boys is not one of them. We know the brothers down at Kap Sig like to take twenty cans to the face on Friday nights; we know that an unsanctified view of sexual intercourse is not at all a good foundation on which to build a marriage. These are well-documented and obvious things, part of the public consciousness.

This tendency to research self-evident facts everyone already knows is a strain of what’s called scientism, a sort of religiously fervent belief in the power and necessity of science to know and describe everything. It’s an unhealthy relationship with science; it puts that discipline where it doesn’t need to be, like using a donkey to pull a child’s Radio Flyer wagon. Scientists should be researching and discovering unknown things of real value to the world; there’s no need to spend considerable sums of money figuring out that people like to eat tasty food. Academics should stop wasting cash, and time, on the sorts of things that are clear and unambiguous to everyone outside of the economy.