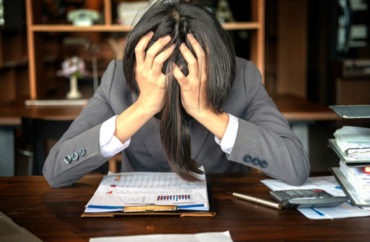 Three of the rulings came against the University of Southern California, including two less than a month apart.

As it becomes increasingly clear that their procedures won’t survive judicial scrutiny, California’s largest university system has slammed the brakes on Title IX proceedings and others are rushing to comply with the growing body of law, the Los Angeles Times reports.

The most recent ruling bans a common system for Title IX investigations, where a “single investigator” also serves as “prosecutor, factfinder [sic] and sentencer,” and requires cross-examination of both parties and witnesses in live hearings.

Cal State, whose Fresno campus was recently rebuked by a trial court, “has temporarily stopped proceedings in 75 cases that probably are eligible for hearings,” according to Leora Freedman, the system’s deputy general counsel.

The University of California System, USC and Claremont McKenna College also confirmed to the Times they plan to issue interim policies “soon,” while Occidental College has already made changes. (The Times inexplicably leaves out four of the five appellate rulings against colleges.)

CMC was the loser in an appellate ruling last summer, and a continuing due-process lawsuit against Occidental is among the longest running at this point, according to Brooklyn College Prof. KC Johnson, who closely tracks Title IX litigation.

At least one college doesn’t have to go far to comply with the legal precedents, according to the Times: “Stanford already allows cross-examination in a hearing.” It’s also one of only three colleges nationwide to require either unanimity for guilty findings or the “clear and convincing” evidence standard.

UC’s interim systemwide Title IX coordinator, Suzanne Taylor, made clear that the system will drag its feet on treating accused students fairly as long as it can.

Referring to effective cross-examination techniques that prevent a university official from excluding relevant questions – as proposed by the Department of Education – Taylor said UC has “no intention … of putting in place those aspects of those Title IX rules that we believe would be harmful to our community unless and until we are absolutely legally required to do so.”

She insisted that the system started working on a “fair and compassionate” hearing model after Education Secretary Betsy DeVos* unveiled the proposal last fall. It plans to issue an interim policy “in the next few weeks.”

Freedman, the Cal State lawyer, also diminished the importance of live hearings where parties are cross-examined in real time before neutral adjudicators, which are now legally required.

Because the “subject matter of these cases are of a personal, intimate nature,” it’s more effective for an official to meet privately with each party in a dispute, she claimed.

Freedman’s statement contradicts multiple court rulings against universities where judges said cross-examination is the “greatest legal engine ever invented for the discovery of truth,” quoting the Supreme Court.

To me, most striking aspect of article comes in UC/Cal St reps making clear that they wouldn't have adopted fairer policies w/o judicial intervention; & that they're still very reluctant to give acc'd students meaningful chance to defend themselves.https://t.co/FyP8kVFu1E