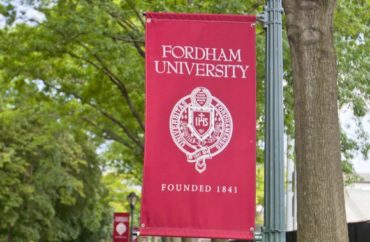 Fordham University’s administration is not wrong to be wary of Students for Justice in Palestine.

The anti-Israel group, which has campus chapters nationwide, has a history of illiberal activism. It supports the boycott, divestment and sanctions movement, which opposes academic freedom if it includes Israeli institutions. It’s not exactly known for tolerance of opposing viewpoints.

But the private Jesuit school exceeded the jurisdiction it set for itself by preventing SJP from starting a chapter at Fordham, a New York trial judge ruled last month. This result is not a surprise for those who have followed the case for the past two years.

Fordham took the extraordinary step of overruling its student government for following its own viewpoint-neutral rules on club recognition when it approved SJP nearly three years ago. (Lest you think the administration favors conservatives, it banned Chick-fil-A for offending other students.)

Last year Fordham embarrassed itself in court by providing shifting explanations for denying recognition: first, that SJP would cause “polarization” by supporting BDS (probably, but irrelevant); next, that SJP chapters have a history of disruption (sure, but why wait to claim that), and finally, that the SJP brand is just too toxic for Fordham, and they could choose any other name (?!).

Judge Nancy Bannon made clear that Fordham’s transparent contempt for its own rules forced her to grant recognition to SJP, calling the administration’s rejection of the chapter “arbitrary and capricious”:

Here, Fordham did not abide by its own published rules governing the approval and recognition of student clubs, inasmuch as it seemingly imposed an additional tier of review, by [Dean of Students Keith Eldredge], of an approval already rendered by the USG. This deviation from usual practice is particularly notable here, since the USG was only empowered to vote for approval of a club in the first instance where prior approval has already been granted by the Director of the Office for Student Involvement and the Dean of Students. Indeed, [Eldredge’s] abrupt change from preliminary approval to rejection was made without a rational explanation or any change in circumstances.

Not only did the “polarization” rationale by Eldredge (below) have no relevance to Fordham’s “enumerated” rules, and “appears to have been arbitrarily considered … after input from others who are critical of SJP’s political beliefs,” but it violates “the notion that universities should be centers of discussion of contested issues,” Judge Bannon wrote. 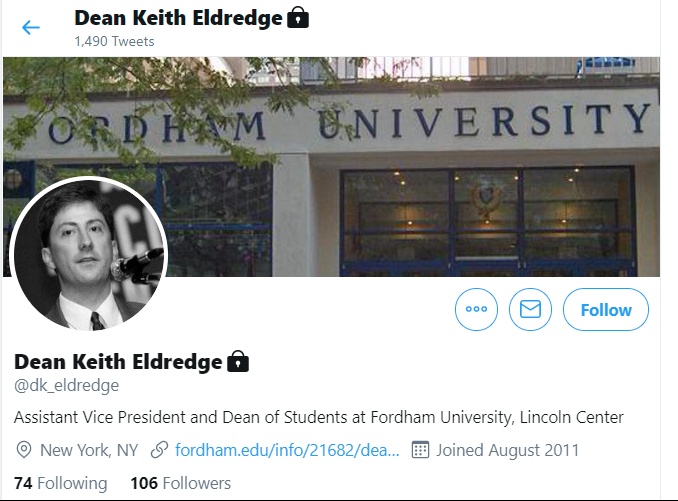 In a passage that should shame Fordham, Bannon asks which regimes students are allowed to criticize:

In his determination, Dean Eldredge does not provide a rational basis for concluding that SJP might encourage violence, disruption of the university, suppression of speech, or any sort of discrimination … His only articulated concern was that SJP singled out one particular country for criticism and boycott. …To the extent that Dean Eldredge claims authority to reject any club that criticizes a particular country, that same rule could be applied to students protesting or criticizing China’s occupation and annexation of Tibet, Russia’s occupation of the Crimea, or Iraq’s one-time occupation of Kuwait.

The Foundation for Individual Rights in Education, which named Fordham one of the 10 worst schools for free speech because of the SJP incident, cheered the ruling.

“FIRE has long argued that private institutions like Fordham — although not bound by the First Amendment — have a moral and legal duty to live up to the promises they make to their students and community to uphold free inquiry, expressive and associational rights, and academic freedom,” wrote Marieke Tuthill Beck-Coon, director of litigation. “We’re gratified to see Fordham held to its commitments in no uncertain terms by the New York state court.”

To see the most relevant excerpts of the ruling, visit the Volokh Conspiracy legal blog.