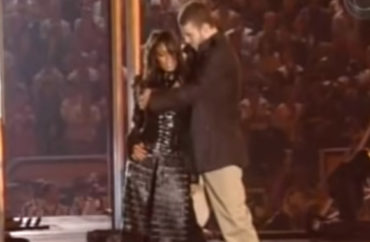 More than 200 students settled in to a freshman media studies course at Indiana University last September to be taught by a guest lecturer who discussed “net neutrality” and the role of the Federal Communications Commission.

As an example of the FCC’s role, the educator cited the 2004 Super Bowl halftime show, in which a portion of singer Janet Jackson’s breast was exposed to a national audience of nearly 90 million people. The incident became known as “nipplegate” and reportedly prompted over 540,000 complaints to the commission.

According to the lecturer, the FCC developed a streamlined categorization method to track the quantity of nipple complaints they received. He joked with the class that the FCC people he’d spoken to had said they’d received “four Janet Jackson nipples’” worth of complaints.

Not everyone thought it was funny.

Nearly a month later, a grad student in the class reported the lecturer to the university’s Bias Incident Reporting System, complaining he had been egregious in his use of the anecdote. The complainant, who identified themselves as an associate instructor for the course, told campus officials the scholar once again “repeated that offensive phrase ‘four Janet Jackson nipples’” for “extra effect.”

“As a South Asian PhD student who studies race, gender and class representation in the media, I am appalled that such misogynoir was casually conveyed to a 100-level class full of freshmen with no sensitivity whatsoever,” the complaint read. The student reported that these “offhand misogynistic comments about a Black woman’s body were not clarified as ‘wrong’ by [the lecturer], no further explanation was given.”

This complaint was among dozens of bias reports lodged at the public university last semester. A total of 73 reports were filed with the university in fall 2018, according to the results of a public records act request by The College Fix. The documents provided by Indiana University redact most of the personal identifying information.

Other bias incidents reported include:

· Five separate reports were filed against a professor who used the “n” word while discussing the Angie Thomas book “The Hate U Give” about the killing of an unarmed black teenager. The book contains the use of the word, but one student complained the professor displayed “racist, classist, and misogynistic” behavior in using it. The Indiana University School of Education website no longer lists the professor as a member of the faculty.

· Police were called when the quote “The art of reading and studying consist in remembering the essentials & forgetting what is not essential” was found on a dry erase board in a campus building and signed “Adolf Hitler.”

· A wallet was found in the Music Addition building – when the student looked inside to discern the identity of the owner, they found “hate speech on pieces of paper that had links to hate speech websites.” The student then reported the wallet’s owner to administration.

· A woman standing by a clock near Ballantine Hall was reported for “slut shaming” women by calling the college “Indiana slut university.” The complainant wrote that “there is so much anger and animosity towards women and this group has no right to spread this hate on campus.”

· A student playing Fortnite in the Memorial Hall activity room was performing poorly in his game and referred to an opponent as “gay.” Another student told him that wasn’t okay and if he did it again, he would file a bias report against him. The student said it again, and a report was filed against him.

· A “trans feminine” student (her wording) showed up at an art class wearing lipstick. She thought the professor gave her a rude look, then after class, the professor walked over to another person in the room and made a comment the student couldn’t quite make out. But the other person responded, “We live in a gender free society and people can wear what they want,” leading the student to believe the professor made a comment about her not looking “totally masculine.”

· Several complaints were made about a man believed to be an IU student who hurled racial insults during a fight at a Chicago Cubs game. A video of the melee went viral, leading a student to call the man an “open racist” who has “said many negative things online about minorities” while at Indiana. In an e-mail to The College Fix, a university spokesman declined to confirm both whether the man was an IU student or whether he faced an investigation or disciplinary action, citing student privacy concerns dictated by federal law.

· A student reported her white roommate when she overheard the roommate call a friend and say, “Get on Skype, what up my n*gga!” She explained to the woman she wasn’t comfortable with her using that word and the roommate left the room, slamming the door.

· A professor in the School of Public and Environmental Affairs allegedly leaned over to one of his teaching assistants and told them to keep an eye on two Chinese students sitting next to one another, as he suspected them of being more likely to cheat. “Part of Confucianism is a scratch my back I’ll scratch your back,” said the professor. “Cheating isn’t wrong to them.” When confronted later, he apologized, but said the Chinese stealing U.S. intellectual property is proof that they see cheating as “getting ahead.”

According to Indiana University, a “bias incident” is one that “targets an individual based on their age, color, religion, disability (physical or mental), race, ethnicity, national origin, sex, gender, gender identity, sexual orientation, marital status, or veteran status, as identified in the student code of conduct.”

If students see, hear, or witness any sort of “bias incident,” they are encouraged to report other students or faculty members through the campus “Care” online system. Reports may be made anonymously.

According to Indiana University spokesman Chuck Carney, bias reporting initially began in 1998 as part of the “Racial Incident Team” program. In an email to The Fix, Carney said that it isn’t possible to estimate how much the program costs to run, given administration of the program enlists numerous employees with a variety of other duties.

Among other reports filed last fall, someone filed a complaint on behalf of a 70-year old nontraditional student auditing a language class who believed he had suffered age and sex discrimination.

The man subscribed to an e-mail list for the Center of Excellence for Women in Technology and when he received notification of a seminar on “microaggressions,” he RSVP’d to attend. Yet when the 70-year old man arrived at the talk, he was approached by a female host of the seminar who allegedly asked, “Why are you here?” and told him “I don’t recognize you.”

When he explained he was a part of the list serv and was registered for the event, the man was asked the same question, “Why are you here?” by a male student employee of the catered event. He described feeling unwelcome at the event (despite noticing that there were other male attendees) and felt as if he was “profiled” and discriminated against for his age – at an event promoting anti-discrimination.

In early December, a resident advisor in the Briscoe dorm saw a fellow employee scrolling through the Instagram feed of one of her residents, finding some pictures of a fraternity party he had attended. The pictures seemed to suggest the party was not a costume party – everyone in the photos was dressed in “sweaters, sweatshirts, flannels, and dresses.”

“I am disgusted to say the least,” the RA added. “This is an exercise of white power and this is discrimination, along with many other unethical acts.”

The RA noted that a black student belonging to a fraternity had been found dead in 2015, for which nobody had ever been found responsible. (The coroner later determined the student had died by suicide from drowning.)

MORE: Indiana University student: Laughing at me on a bike is a microaggression