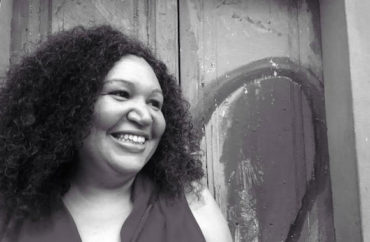 One of the nation’s alleged “foremost ethnic studies scholars” has a new book out in which she describes her time at Harvard as chock full of “harassment,” “institutional violence” and “abuse.”

As a result, in “Community as Rebellion: A Syllabus for Surviving Academia as a Woman of Color,” Lorgia García Peña calls for “radical changes” and “revolution” in higher education so “scholars and students of color” have greater access.

NBC News.com reports García Peña suffered “painful moments of aggression” at the Ivy League institution ranging from “off-handed comments” and threats from peers, to abuse like a message on her office door stating “You Don’t Belong Here” and a “Zoombombing” which called for her lynching.

García Peña also alleges she was assaulted shortly after Donald Trump’s 2016 election by two men who threw coffee at her and yelled “Build the wall.” (At the time The Crimson reported merely that a Romance Languages and Literatures Department faculty member “was attacked with hot coffee and racial slurs near the Harvard Art Museums” on November 15.)

But the coup de grâce was García Peña being denied tenure in 2019 which “led to swift and fierce backlash from scholars in her discipline.” Indeed, the decision resulted in the formation of “Ethnic Studies Rise,” a coalition of academics from across the U.S. honoring García Peña’s “extraordinary contributions.” Scholars and students, via Ethnic Studies Rise, also organized “#LorgiaFest” on Twitter to show their solidarity.

García Peña compared her situation to that of Nikole Hannah-Jones, creator of the 1619 Project who initially was denied tenure at the University of North Carolina but later offered it (which she turned down in order to take a position at Howard University).

The cases of García-Peña and Hannah-Jones brought national attention to the harsh realities faced by women and faculty of color in academia, even as many colleges and universities committed to anti-racism in the summer of 2020. …

That dynamic has informed much of García-Peña’s experience in academia. A first-generation college student born in the Dominican Republic, she said she seldom saw her life experiences reflected in the courses she took and the faculty who led them.

“The message that I received from the courses I took, the professors I had, was, ‘Your people are not creators of knowledge; your people are objects of study,’” she said.

In recent years, potential solutions to improving faculty diversity have cropped up across the country, including cluster hiring and new postdoctoral fellowships.

While García-Peña believes some of those innovations can have beneficial impacts, she says academia needs to think bigger. She’s calling for a “revolution” that diversifies public funding so that schools are less dependent on rich donors.

Shortly before her tenure denial, students in García Peña’s “Performing Latinidad” class were involved in a dispute over art projects hung on a campus construction fence. Faculty (including, allegedly, García Peña) and students alleged Harvard police had engaged in racial profiling with the investigating.

García Peña moved to Tufts University in 2021 — where she was granted tenure. She is chair of the department of studies in race, colonialism and diaspora.

MORE: Many in the academic world are outraged over a professor’s denial of tenure. Why?