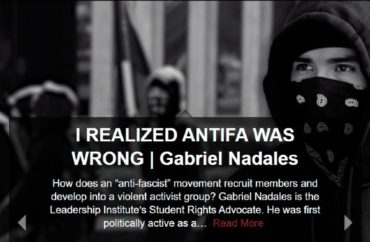 Have you left Antifa? You must be a degenerate racist.

Southern Oregon University has a curiously narrow view of the political spectrum, given how it defended its decision not to forcibly cancel a virtual event hosted by its College Republicans chapter.

The chapter invited Gabriel Nadales of the conservative Leadership Institute to discuss how “I realized Antifa was wrong” in a Zoom event. He identifies as having been “politically active as a radical progressive and a member of Antifa” before discovering the institute in college and becoming a campus activist, according to a cached page for the event on the university website. (More on that later.)

Nadales was part of the Young Americans for Liberty group that sued Citrus College for heavily restricting student speech through free speech zones and a lengthy preapproval process, winning a $110,000 settlement. President Trump invited him to the White House signing event for last year’s executive order on campus free speech.

(He did not identify himself as a former Antifa member when Nadales won an award in 2016 from the Network of enlightened Women.)

The June 2 College Republicans event, advertised prominently on the Inside SOU page, said Nadales would explain how Antifa “recruit[s] members and develop[ed] into a violent activist group.”

When Southern Oregon University President Linda Schott (below) responded to the Minneapolis police killing of George Lloyd, condemning “hate and abhorrent language” on campus, a Facebook comment asked why the school was advertising the “dangerous” College Republicans event.

The university account responded that it “actively promotes freedom of expression and encourages civil dialogue throughout the educational process, even if the resulting speech expresses views that may contradict our university values.”

But it went even further in a statement to TV station KDRV, explaining why it wouldn’t interfere in the College Republicans event:

It would be unconstitutional for SOU, a state university, to block a speech or discussion on campus because we oppose the perspective of the speaker. [It’s not on campus.] SOU supports and adheres to the First Amendment principle that enables protestors in Minneapolis, Philadelphia, Chicago, Portland and everywhere else in this country to speak out. The university would jeopardize those protesters’ free speech rights if it were to shut down an alt-right speech event, because others would use SOU’s actions to justify barring legitimate protest. We may consider alt-right speech to be abhorrent but it is still protected by the First Amendment, so long as it is confined to speech activity. Should anyone’s conduct cross over to hate crimes, the university would stand ready to intervene.

MORE: University refuses to let Antifa critic speak because Antifa has harmed him 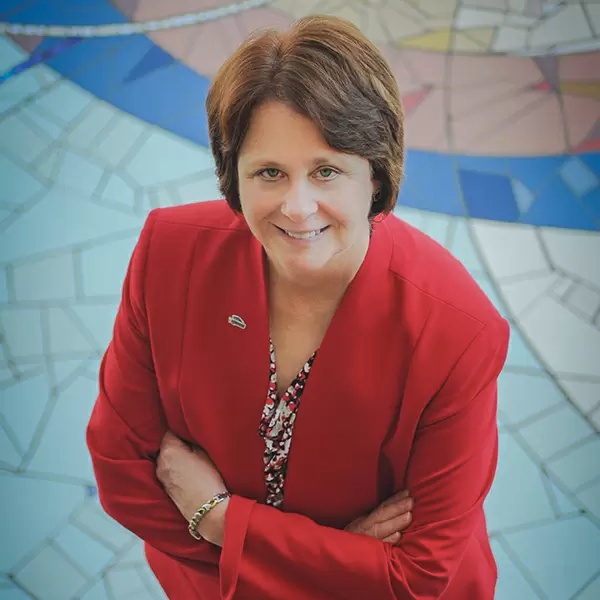 It’s not clear where the university got the idea that Nadales, the Leadership Institute or the College Republicans are “alt-right.” The news report doesn’t mention anyone using the term “alt-right,” including the student who wrote the Facebook comment, Michea Bonilla.

The transgender man told the TV station “I’m not concerned, personally,” because the event is not in a physical campus space. Bonilla worries, however, that the College Republicans will see “how much further [they] can push it” if the university allows this virtual event to happen.

Most conservative organizations would consider being called “alt-right” a slur, if not explicitly defamatory. The term generally refers to a race-obsessed offshoot of conservatism.

The most plausible explanation is that SOU considers anyone to be “alt-right” who left Antifa because of disagreement with its views or practices.

The College Republicans event is the only listing from the Inside SOU slider from Tuesday that has been removed. The links do not appear to be removed because they are outdated; a page for a May 28 concert remains live.

The College Fix asked a spokesperson for the university Tuesday night to explain how it judged that Nadales or his organization was “alt-right,” especially given the antipathy toward alt-right viewpoints and figures within mainstream conservatism.

The Fix also asked the taxpayer-funded institution to explain what authority it has to “intervene” in a private Zoom event, as it promised to do if anyone’s conduct “cross[es] over to hate crimes.” As a public university, SOU could be successfully sued for such intervention, and it would have trouble arguing in court what “crime” could possibly happen in a Zoom event or why it should intervene, rather than local police or FBI.

Director of Community and Media Relations Joe Mosley has not responded to the query.