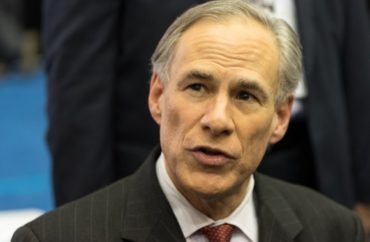 Get ready for ‘explosion of frivolous investigations into protected speech’

Ignoring warnings from a civil-liberties group and yours truly, the Republican governor signed provisions into Texas law that use criminal law to enforce the Obama administration’s unconstitutional definition of campus sexual harassment.

Their practical effect will be scaring faculty and other university employees into reporting any “sex-based” conduct or speech that may be “unwelcome” to someone at their campus. That includes overheard sex jokes.

SB 212 threatens termination and up to six months in jail for any campus employee who “witnesses or receives information” – that means hearsay – that may count as sexual harassment under this exceedingly broad definition, and fails to report it to the Title IX apparatus.

Those staggering employment and criminal penalties practically ensure that Title IX offices will be flooded with sexual harassment reports, and that students will be subjected to wide-ranging administrative investigations for constitutionally protected speech.

Abbott signed both SB 212 and a related bill, HB 1735, that uses the same definition of sexual harassment and deprives accused students of basic due process. Texas law will conflict with U.S. Department of Education rules if proposed Title IX revisions remain substantially similar in the final published regulation.

The purportedly conservative governor has been on notice for three years that broad definitions of sexual harassment are unconstitutional on their face.

In a 2016 op-ed in Abbott’s local newspaper, Executive Director Robert Shibley of the Foundation for Individual Rights in Education noted that an anti-gun protest at the University of Texas counts as sexual harassment under the Obama administration’s Title IX guidance.

Why is that? Because students were waving around sex toys in the “Cocks Not Glocks” protest. It would be shocking if the display of silicone erections and sexually themed chanting were not “unwelcome” to someone on campus.

The new Texas laws now functionally incorporate the Obama administration guidance that the Trump administration’s Department of Education rescinded. The “unwelcome” standard – which has no objective component – was mandated by President Obama’s department in a “blueprint” agreement with the University of Montana in 2013, a move it repeated with the University of New Mexico in 2016.

The non-criminal provisions of the bills take effect in September, while the criminal portion takes effect in January, FIRE’s Tyler Coward writes in a blog post:

This means Texas’s students and faculty will be forced to navigate new, unconstitutional speech codes this academic year that will inevitably lead to an explosion of frivolous investigations into protected speech, self-censorship, and possibly even jail time for faculty members who run afoul of the new law.

Coward, who serves as legislative counsel for FIRE, predicted that the new Texas laws will be struck down in court, since similar speech restrictions “have fallen time, and time, and time again in Texas.”

But in the meantime, he encourages students and faculty to contact FIRE if the two laws result in “deprivation of their free speech or due process rights.”