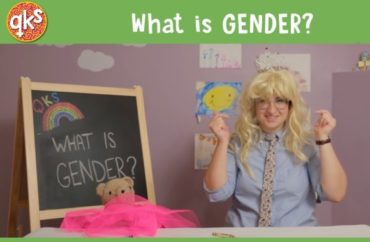 Progressives absolutely hate it when conservatives take advantage of the democratic process to organize and get policies they want enacted.

Remember a couple of weeks ago that school board guru who complained about the “lies” right-of-center parents were using (re: critical race theory and COVID) to win control of school boards?

As a result, changes had to be made to ensure school boards were more “representative.” But of course.

On progressives’ side, naturally, are the mainstream media. The Philadelphia Inquirer, for example, recently reported on how progressives were “organizing to monitor school boards” with regards to “book bans” and other “harmful actions.” (Suddenly democracy is good!)

Progressives’ complaints about conservatives in the article: “suggestions of pornography harbored in school libraries” and “claims of ‘political and sexual indoctrination’ in classrooms.” A group called Education Voters PA is gathering people to keep tabs on (right-leaning) school boards and to “create a database of ‘harmful’ actions being considered” by such boards.

Similarly in Wisconsin, reporter Scott Girard of The Cap Times framed concerns over a school’s drag show by noting how social media accounts like Libs of TikTok had been “suspended multiple times” for “targeted harassment” and “focuse[s] much of its energy on anti-LGBTQ messaging.”

The Inquirer and Cap Times have to lie and skim around the edges to make legitimately concerned parents look like ogres. Libs of TikTok didn’t, and doesn’t, “target” anybody; what it does is (re)post videos already extant on TikTok for a wider audience. It doesn’t make up or create anything — it merely posts what’s there.

By using terms like “anti-LGBTQ” and “harassment,” the media turns rightly worried parents into bigots. Education Voters PA is upset at “suggestions” of pornography in school libraries? What, exactly, would you call this?

Do the Inquirer and Cap Times really believe hardworking, taxpaying parents will buy rationalizations such as those by this Syracuse University professor — that keeping sexually explicit books like “Gender Queer” out of K-12 libraries will “limit discussions about young adults’ discovery of gender identity in relation to their bodies”?

Of course they don’t. Because those rationalizations are completely and utterly stupid. The powers behind the Inquirer and Cap Times know parents uneasy with this sort of stuff are 100 percent correct, so they must be made to have some dastardly ulterior motives: They’re book banners! They’re anti-gay!

The vast majority of people — parents — are tolerant and caring. But they’re also protective of their offspring. This means, while they couldn’t care less if their son/daughter has a gay classmate or teacher, they also don’t want material in their kids’ libraries that would mandate an opaque magazine covering at the local 7-11. They also don’t want their kids’ LGBTQ teacher discussing his/her/their social and sex life during class time, or their kids being told they’re inherently racist just because of their skin tone.