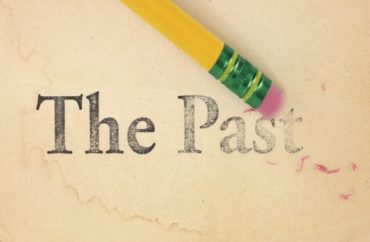 There’s a commonplace notion in progressive thinking that the latest social development must be welcomed as right and just. In this view, historical developments move inevitably towards goodness, truth and progress, and outdated ideas and traditions are not only out of style, they’re immoral.

But this view is a fantasy, and a dangerous one. It justifies atrocities and shames into inaction those whose reason or common sense tells them that something has gone wrong.

There are various ways of describing this idea, but the phrase that comes to mind most easily is “the right side of history,” what William Deresiewicz in The Free Press recently called “a staple of progressive rhetoric.”

“We will be told that this is where progressives are, and anyone who disagrees with them is on the wrong side—backwards, obsolescent, headed for the dustbin” he wrote.

The myth is in dozen popular songs: “Somewhere over the rainbow, skies are blue.” “The sun will come out tomorrow.” “Tomorrow belongs to me.” “Yesterday was plain awful,” but tomorrow’s going to be better, because history and moral progress happen simultaneously.

Here’s Christopher Ferguson, professor of psychology at Stetson University, telling The College Fix that he resigned his position from the American Psychological Association because he believed it was prioritizing political correctness over patient care:

“I think a lot of people [in psychology] do have a sense that something’s wrong, but they’re afraid to speak out because they don’t want to be on the ‘wrong side of history’ and they don’t want the criticisms, the threats to their career,” he said.

Certainly, many historical developments have lined up with moral ones. The development of constitutional democracy and the rule of law, the abolition of slavery in much of the world, and the extension of the right to vote were better than what came before.

But was Hitler’s Germany better than the Weimar Republic? Was the Soviet Union better than czarist Russia? Is our post-sexual revolution, porn-saturated hookup culture better than older norms of dating and marriage?

‘The progressive view of history is a myth’

“History does not have sides,” Deresiewicz wrote. “It does not take sides. The progressive view of history is not an observation. It’s a theory. It’s a myth.”

“The progressive myth of history also makes for arrogance and condescension,” he wrote. “‘History is on our side’ is a secularized version of ‘God is on our side.’ ‘History will judge them’ is an update of ‘God will judge them’…To believe in ‘history,’ in progress as a metaphysical principle, is to believe in the existence of a progressive class: the ones who push history forward, the ones who are filled with the future.”

This arrogance has been on display in the academy lately, not least when the social justice campaign of the day is at odds with public opinion. “Defund the police” and “sex is a social construct” may be the notions of today (or yesterday), but they’re hardly right or just, regardless of whether a minority or a majority stands against them.

We should not fear missing out on some mythical future when we oppose bad ideas. “Sanity is not statistical,” as George Orwell wrote, and truth is not the latest ideology. We need to pursue goodness and reality, not bet on history’s “side.”

MORE: Education consultant: Parents should discuss history ‘through the prism of racism’