California Democrats are using the fog of coronavirus to speed through legislation to repeal a state constitutional amendment that prohibits racial preferences in public college admissions, opponents of the bill warn.

The legislation isn’t very democratic by definition, as it would overturn a measure approved by state voters and repeatedly upheld by courts.

ACA-5 would resurrect affirmative action after a 24-year absence and six years after Asian-American activists beat back an attempt to specifically exempt college admissions from the preference ban.

Proposition 209, approved by ballot initiative in 1996, deemed it illegal for state government institutions to discriminate on the grounds of race, sex and ethnicity in employment, contracting and education.

The California effort follows in the wake of a bid by Washington state lawmakers a year ago to repeal their state constitutional amendment against race preferences. Voters overturned the legislative repeal of I-200 in November, restoring the ban that was approved by ballot initiative in 1998.

Wenyuan Wu, director of administration at the Asian American Coalition for Education, sounded the alarm about the sudden action on ACA-5 a day before a surprise committee hearing on the bill, which was introduced in January.

In a May 5 commentary for CalMatters, a California political news nonprofit, Wu said lawmakers gave the public a “deliberately short 24-hour notice” that ACA-5 would be considered at a committee hearing, also May 5. It passed at that hearing.

The bill’s aims are “more ambitious” than simply re-legalizing government preferences in the UC system, Wu told The College Fix in an email May 10.

If ACA-5 passes the Legislature and Gov. Gavin Newsom signs it into law, it could harm a lawsuit by a UCLA law professor. Richard Sander alleges that the University of California System is withholding evidence that it’s violating Prop 209, and his suit demands the system disclose admissions data going back more than a decade.

In a phone call May 9 with The Fix, Sander (below) said that he has more of a case than did the Asian-American students who unsuccessfully sued Harvard, as Prop 209 plays a major role in his legal argument.

Sander’s research focuses on the impact of race preference, specifically the “mismatch” hypothesis. The term is taken from his 2012 book “Mismatch: How Affirmative Action Hurts Students It’s Intended to Help, and Why Universities Won’t Admit It.”

Announced a day before hearing, hidden behind other agenda items

The California Legislature prematurely adjourned in early March due to the COVID-19 pandemic, though lawmakers continued to do business remotely. They returned to the Capitol May 4 – and wasted no time considering ACA-5.

A legislative contact alerted Wu May 4 that the agenda for the next day’s hearing in the House Committee on Public Employment and Retirement had been released late that afternoon. ACA-5 was one of the last items on the agenda that day, hidden behind a number of others, Wu told The Fix in a phone call Thursday.

She has been one of the more vocal voices mobilizing against ACA-5 through her work with AACE, creating a coalition in support of Prop 209 that includes Sander, the UCLA law professor. Wu said the coalition is called “Equal Rights for All Californians,” a name also mentioned in a recent press release by her group but not mentioned on the coalition website itself.

In her CalMatters column on the “hasty hearing,” Wu called the bill “discriminatory” and “divisive” and accused the bill authors of using “cherry-picked” data to claim that graduation rates had fallen for certain nonwhite students due to Prop 209.

Four-year graduation rates of “underrepresented racial minorities” – which exclude students of Asian descent – steadily rose in the UC System in the years after Prop 209’s enactment, reaching a record high of 55 percent in 2014, she wrote. In 2013, the six-year rate was 75 percent. URM enrollment jumped by more than 10 percentage points between 1999 and 2019, to 26 percent.

In a May 12 essay for American Thinker, Wu argues that the bill “fails to meaningfully address structural issues behind achievement gaps and racial discrepancies for both political and philosophical reasons.”

The bill got “bolstered political support” in March after the authors added a provision on gender equality and LGBTQ+ issues in March, Wu (below) told The Fix. The changes mean that transgender and nonbinary people could possibly receive admissions and employment quotas, she said, though the exact ramifications of the bill in the realm of gender is still unclear. 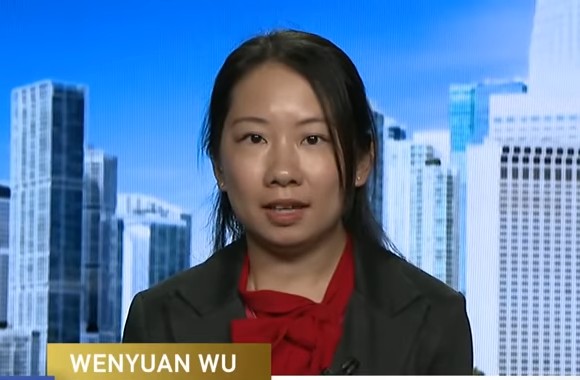 Co-chair of Prop 209 campaign: ‘This is a real threat’

Democrats are racing to rewrite the law and render race preferences legal as Sander’s suit gets closer to seeing a judge, the UCLA law professor told The Fix in a phone call. He believes that legal milestone will happen this summer, nearly two years after he filed suit.

“If my suit is successful, and the data is disclosed, then a demonstration that UC *is* widely using preferences would generate a strong reaction,” he wrote in an email Thursday. If the law were repealed first, “the reaction would no doubt be less intense.”

Wu agreed there was “a certain degree of correlation” between Sander’s lawsuit and ACA-5.

“The lawsuit mentions the practice of ‘supplemental review’ of UCLA applicants from disadvantaged socioeconomic backgrounds, through which students of East Asian origins received less favorable scores, ceteris paribus [all other things equal],” she wrote in an email. “Under Prop-209, such a practice clearly violates the California Constitution.”

There is at least one legal argument to be made against ACA-5, according to Sander: that it violates the 2015 Supreme Court ruling on the Fair Housing Act, which upheld “disparate impact” discrimination claims but reiterated that “racial quotas” are impermissible.

He’s not the only California law professor on board in mobilizing to preserve Prop 209, and not even the highest profile. University of San Diego Law Prof. Gail Heriot, a member of the U.S. Commission on Civil Rights and co-chair of the original Prop 209 campaign, joined Wu’s coalition.

She has also conducted research on the impact of diversity quotas in academia, writing in a 2008 paper that affirmative action has produced “a serious gap in academic credentials between minority and non-minority law students at all levels.” In 2015 she wrote a Wall Street Journal op-ed blaming affirmative action for the dearth of black scientists.

More recently, Heriot posted a petition against ACA-5 on Instapundit. “California’s deep-blue legislature is trying to engineer the repeal of Proposition 209. This is a real threat,” she wrote. The petition has received more than 25,000 signatures.

Heriot (below) offered her commentary on ACA-5 in RealClearPolitics Saturday. At UC-San Diego, a year before Prop 209 was implemented, there was only a single African-American honors student in the entire freshman class. A year after, 20 percent of all African-American students received honors – higher than even for Asian Americans, she wrote, citing her own 2018 paper.

MORE: How affirmative action created a dearth of black scientists 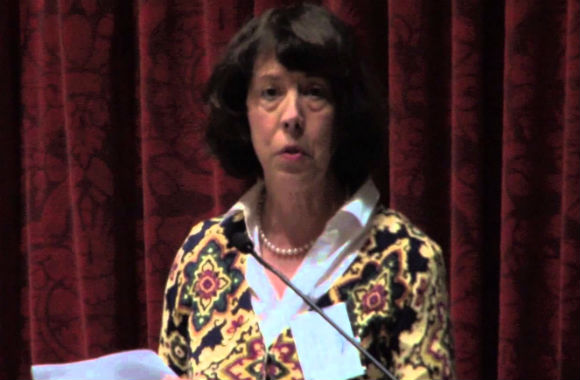 The bill is “truly an act of double-think: discrimination is equality,” National Association of Scholars spokesperson Chance Layton told The Fix in an email.

“ACA-5’s authors tell us that minorities and women have suffered the most since the public passage of Prop. 209, but enrollment for both groups has substantially increased, and more importantly, fewer students of these groups are dropping out before they have a degree,” he said: The 1996 ballot initiative “has saved countless students from a lifetime of debt-slavery.”

The UC system has only itself to blame for minority students who do poorly, he continued: “UC continues to circumvent Prop. 209 by twisting the wording and creating new programs, scholarships, and jobs designed to express racial preferences and relying on lax enforcement.”

Without commenting on ACA-5, American Council of Trustees and Alumni President Michael Poliakoff told The Fix that diversity regulations often have the opposite effect of their desired intentions.

Citing the work of Heriot and the Manhattan Institute’s Heather Mac Donald, he argued that “admissions practices that are not tightly tethered to the institution’s academic standards are unlikely to help the intended beneficiaries”:

Students pushed into an academic environment for which they are not qualified will avoid demanding academic disciplines that are the most direct route to economic mobility. With good reason overmatched students are likely to feel they are used as mere tools to satisfy metrics and are left academically adrift on a campus where they will feel frustrated and alienated.

If it passes one more committee vote, ACA-5 will go to the full Assembly. Senate passage isn’t a sure thing, given the failure of a similar repeal bill, SCA-5, to gain traction in 2014.

Three Asian-American state senators – Ted Lieu, Carol Liu and Leland Yee – actually voted in favor of SCA-5, Wu told The Fix in a Monday text message. “But under pressure from our community’s fierce opposition, all three … later changed their minds and wrote letters to [the] Assembly Speaker to hold the bill from an assembly floor vote.”

The trio released a joint statement at the time, saying they “heard no opposition to this bill” before their vote, followed by “thousands of people” who complained to them about the bill. “As lifelong advocates for the Chinese American and other [Asian Pacific Islander] communities, we would never support a policy that we believed would negatively impact our children,” they wrote.

It’s also not clear how Gov. Newsom, a Democrat, would react to legislative approval of ACA-5.

In January he proposed more than $900 million for “workforce investment grants, professional development grants for existing teachers, and teacher recruitment strategies” in his 2020-2021 budget, with the explicit aim of improving black student achievement, according to California Black Media.

But a few weeks later, the Department of Finance didn’t mention specific funding for African American students or recruitment of such teachers in its “omnibus education trailer bill.” The news outlet speculated the omission was due to “concerns about violating Proposition 209.”

UPDATE: Wu initially told The Fix that three Asian-American state senators had changed their minds about a similar measure from 2014, but did not provide documentation. After this article was published, Wu provided documentation. The information has been added.