It really says something when an effort as intellectually vacuous as the 1619 Project is venerated by educators, but the 1776 Report is viewed contemptuously.

As former President Trump said back in September, the 1776 Commission’s task was to teach students about “the miracle of American history and make plans to honor the 250th anniversary of our founding.”

But shortly before the nascent Biden administration memory-holed the 1776 Commission’s report from the official government website, two education professors lambasted the effort.

Rutgers’ Nicole Mirra and Stanford’s Antero Garcia believe the 1776 Report is “a collection of historical half-truths and blindly patriotic propaganda” which is better suited to a dictatorship than a democratic republic. 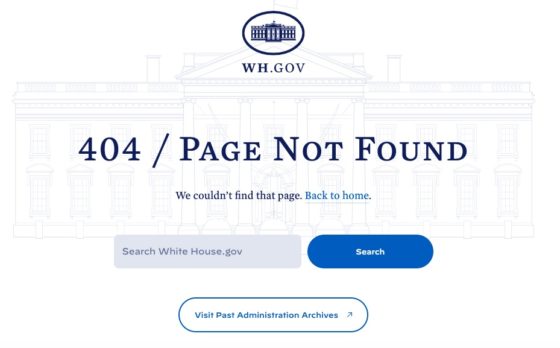 “We do not need this restoration of American civic education. We need a total reconstruction,” the professors write in Education Week. “The 1776 commission report seems to emerge from an alternate universe in which Americans are not watching National Guard troops sleeping in a militarized Capitol or worrying that an ‘insider attack’ will mar this week’s inauguration of Joe Biden.

“The commission calls for a focus on America’s greatness and suggests that teaching about the country’s faults in the pursuit of social justice is divisive. The report offers no evidence for its claims and could easily be written off as a partisan screed cynically released on the day commemorating the birth of the Rev. Martin Luther King Jr.”

The profs claim much of what the 1776 Commission wants already is taught in modern classrooms — a “barrage of isolated historical facts couched in a rosy narrative of steady incremental progress.”

Given the profs’ backgrounds, these sentiments aren’t surprising.

In Mirra’s case, her university bio says she’s “constantly striving to bring the two fields of literacy and youth civic engagement together in ways that bring about more social change and justice in classrooms and society.” She also “aims to shift conversations in the field of literacy to focus on civic engagement and change rather than merely skills and standardized testing.” (“Merely skills.” Indeed.)

Antero’s research “explore[s] learning and literacies in tabletop roleplaying games like Dungeons & Dragons and how participatory culture shifts classroom relationships and instruction.” A Los Angeles high school, the Critical Design and Gaming School, was established based on his research.

Are their claims about the 1776 Report accurate? What exactly makes the report the stuff of “dictatorships”? Here’s a sample from the report itself:

— Of course, neither America nor any other nation has perfectly lived up to the universal truths of equality, liberty, justice, and government by consent.

— This includes restoring patriotic education that teaches the truth about America. That doesn’t mean ignoring the faults in our past, but rather viewing our history clearly and wholly …

— The core assertion of the Declaration, and the basis of the founders’ political thought, is that “all men are created equal.” From the principle of equality, the requirement for consent naturally follows: if all men are equal, then none may by right rule another without his consent.

— The idea that the law is superior to rulers is the cornerstone of English constitutional thought as it developed over the centuries.

How many dictators promote the concept that “the law is superior to rulers”? Note a country’s faults?

Mirra and Antero propose “three principles” for civics education to counter the report: 1) “Facts and patriotism are not the answer,” 2) “It’s long past time to confront white supremacy,” and 3) “Every teacher is a civics teacher.”

“The American public needs to coalesce around a renewed civic education that gives young people a clear-eyed understanding of their country—faults and all—and honors their energy and ingenuity for tackling the mortal threats facing democracy today,” the authors conclude. “The survival of the republic depends upon it.”

1) It’s astounding that teacher educators say “facts are not the answer.”

2) If one doesn’t think white supremacy isn’t being “confronted” in schools today, especially given the politics of most teachers, such borders on delusion. That is, unless the definition of the term is being expanded to ludicrous levels, as seems to be the case.

3) No, every teacher is not a civics teacher. Many civics teachers aren’t even that good at their jobs, due mainly to injecting their personal biases into instruction. And while some lessons still emphasize the importance of free speech, even speech which is loathsome, Mirra and Antero say “bad-faith calls for objectivity or respect for ‘both sides'” when one side is “grounded in hate and dehumanization.”

Regular readers of The Fix know all too well what that means — “anything which progressives so label.”

Regarding America’s “original sin” of slavery, anything short of accepting blame for the origin and application of the entire insidious practice is unacceptable to liberal academics. Rightly, the 1776 Report doesn’t do that. No doubt, too, the authors are miffed that after slavery, Progressivism is listed in the section “Challenges to America’s Principles” … alongside Communism, Racism and Identity Politics.

If I haven’t already said so before, professors of education are largely a waste of students’ time. They were bad enough when I was getting ready for my classroom career over 30 years ago; now, extreme political bias and outright activism have made them unbearable.

Anyone still considering a career in a classroom, remember this: Your best teachers will be your immediate peers, along with your day-to-day interactions with students.