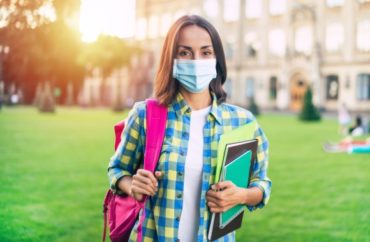 The College Fix recently spoke to a handful of experts on free speech about the obstacles students faced in the fall semester.

In August 2020, The Fix spoke to many of these same experts about their concerns about how coronavirus restrictions would limit freedom of expression.

They noted at the time that with the return of school and the issue of COVID-19 there was an increased possibility that the First Amendment rights of students would be infringed upon by university officials.

For one, colleges have frequently applied their COVID guidelines in discriminatory ways, said Kimberly Hermann, general counsel for the Southeastern Legal Foundation.

“We saw many schools ban all speech activities on and off campus—but then administrators turned around and allowed, supported, and even marched with students protesting race issues,” Hermann told The Fix in December.

“College administrators upheld the speech rights of some students, while punishing other students for trying to exercise those same rights,” she said. “This is unconstitutional and SLF has worked tirelessly to stop it.”

In August, she had predicted as much.

“The threat to students’ free speech, freedom of association, and privacy on college campuses has never been greater than it is today,” Hermann said at the time.

Her civil liberties nonprofit sent a number of letters to colleges in the fall semester after university officials unevenly applied restrictions on group events. For example, the University of South Florida banned student gatherings but allowed a Black Lives Matter rally.

“The First Amendment is not suspended in times of crisis. Yet, some schools have used coronavirus restrictions to silence viewpoints they don’t like,” he told The College Fix recently.

For example, he said, his firm recently sued Simpson Central School in Mississippi after its officials forced Lydia Booth, a third-grader, to remove her mask with the words “Jesus Loves Me.”

“They told her that masks with words or logos were not allowed,” Barham said. “But that was not true. The school district allowed other students to wear masks with sports teams and university logos, and even the phrase ‘Black Lives Matter.’ The school was just using its mask mandate to discriminate against Lydia’s religious expression, and that is wrong.”

Barham had warned about such crackdowns last summer.

Nicole Neily, president of Speech First, told The Fix via email in December that “despite distance learning, universities have not stopped trying to police the speech of their students. We have seen more attempts by colleges to police behavior online and students while they were not even on campus.”

“We were hopeful that universities would ease up on restricting undesirable speech,” she added. “Unfortunately that is not what has happened. We have seen more attempts by colleges to police behavior online and students while they were not even on campus.”

Neily also said she has concerns about how the incoming presidential administration will handle speech.

“College students should be worried about whether the increasingly hostile political discourse will boil over on campuses as students start classes in-person again,” Neily said.

MORE: Professor under investigation for referring to COVID as the Chinese virus