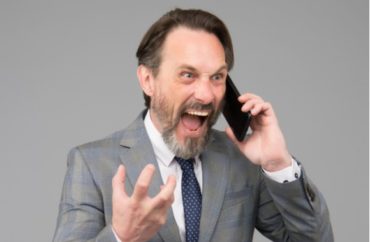 The University of Delaware may have committed breach of contract in a Title IX investigation, a federal judge said Wednesday. But the accused male student suing the university, “John Doe,” has not shown he was targeted because of his sex.

U.S. Magistrate Judge Jennifer Hall downplayed the relevance of a recent 3rd U.S. Circuit Court of Appeals ruling on anti-male discrimination in Title IX proceedings. Her report and recommendation to U.S. District Judge Maryellen Noreika, however, says the lawsuit should be not be dismissed at this stage.

Noreika adopted the report and recommendation Oct. 29, saying no party objected to it and she could find “no clear error on the face of the record.” Brooklyn College Prof. KC Johnson, who chronicles Title IX litigation, said the judge’s action makes this the “194th favorable decision” for an accused student in a lawsuit after the Obama administration’s 2011 “Dear Colleague” letter on campus sexual assault, which the Trump administration rescinded three years ago.

Crucial to Hall’s ruling was the taxpayer-funded university’s alleged refusal to show John his accuser’s complaint, even though its procedures require it to provide those documents to accused students from the start.

The university’s original notice to John in December 2018 “did not provide any factual details underlying the allegation” by the accuser, described simply as “Roe.” The Title IX coordinator didn’t give him any details at their meeting, and “he was not advised of Roe’s story until after it was too late: when he was put on the spot” by the outside attorney hired by the university to investigate, John claimed.

He eventually learned Roe’s sexual assault allegation stemmed from their encounter at her off-campus apartment over summer break. (The university’s definition of “sexual assault” includes acts for which “consent is not received,” and the ruling doesn’t specify John’s alleged behavior.)

John claimed the university didn’t have jurisdiction over the incident because of those circumstances – a view summarily dismissed by Hall because the sexual misconduct policy explicitly applies “off University property” if the conduct allegedly “created a hostile environment” for the accuser.

He was found responsible for sexual assault after a proceeding with no live hearing or cross-examination, and which “conformed with some, but not all” the procedures in the sexual misconduct policy.

The university suspended John for two years in spite of the fact that he had “completed all the requirements” for his degree and already walked at his June 2019 graduation. It refuses to give him the degree or transcript.

He sued last fall, several months before the 3rd Circuit adopted a plaintiff-friendly pleading standard for sex discrimination claims that was devised by 7th Circuit Judge Amy Coney Barrett, now a Supreme Court nominee. Hall instructed the parties in August to explain “the impact” of that decision “if any” on this case.

John lost badly on his Title IX claims in spite of the 3rd Circuit ruling, which said plaintiffs need only allege facts that raise “a plausible inference” of discrimination based on sex.

It’s not enough that most accusers are female and most accused students are male, or that the university punished him for an off-campus summer incident. Hall said she assumed that John does not “seriously contest” that the sexual misconduct policy applies to some off-campus incidents, but that he’s actually arguing the alleged conduct was “not that serious.”

The judge distinguished his case from another involving the University of Kansas, which had tried to expel a student for saying mean things about his ex-girlfriend on Twitter. A state appeals court ruled that the university had no authority to punish the student under its own policies. (The case was unusual because Kansas State University intervened to dispute the expansive reading of Title IX by both KU and the Obama administration.)

That leaves John only two possibilities for sex discrimination: the university’s failure to give him Roe’s accusations at his initial meeting and the pressure on universities from the Department of Education to punish students accused of sexual assault.

Yet he has “not alleged nonconclusory facts that support a plausible inference that UD’s actions during or after the investigatory period had a nexus to the fact that Plaintiff is male,” Hall wrote. The 3rd Circuit’s ruling against the University of the Sciences also explicitly ruled out sex discrimination solely based on federal pressure and the Obama administration’s 2011 “Dear Colleague” letter, which the Trump administration rescinded in 2017.

The 3rd Circuit ruling included specific allegations that the university didn’t investigate three women accused of sexual misconduct or charge the male student’s female accuser for similarly not obtaining his consent. (Both were drunk.) John, on the other hand, has not pointed to “any statements by officials that would suggest sex bias in his proceedings” or documented differential treatment of males and females accused of sexual assault.

Hall acknowledged John’s claim that “it is not easy to compile specific evidence of gender bias,” but concluded that his “[c]onclusory allegations are not enough.”

The judge’s analysis of the 3rd Circuit ruling surprised Brooklyn College’s Johnson. “Curiously narrow reading” of the University of the Sciences ruling, he tweeted.

Full report is below. Curiously narrow reading of CA3 @USciences decision on the TIX count.https://t.co/SF6Y8J7huF

The university’s own lawyer admitted during oral argument that John could argue breach of contract based on a “plausible allegation” that the administration didn’t follow the sexual misconduct policy, according to Hall.

John’s claim about not being shown Roe’s complaint before his meeting with the Title IX coordinator, or before his interview, fits the bill, the judge said. The university “has not argued another basis to dismiss” this claim.

Hall also approved John’s “promissory estoppel” claim to move forward. That means he sufficiently alleged that “a promise was made” by the university and he “reasonably relied” on that promise, taking an action that caused him “detriment.” In other words, he enrolled at a university that won’t give him his degree or transcript after violating its own policy in his disciplinary proceeding.

UPDATE: U.S. District Judge Maryellen Noreika adopted the report and recommendation Oct. 29, finalizing the magistrate judge’s findings. The article has been updated to reflect this development.