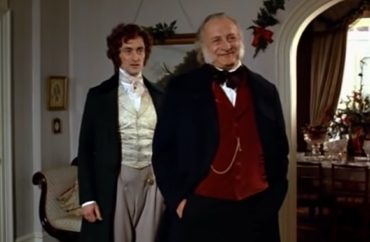 Cancel culture is a secular religion, and religions should offer forgiveness

Cancel culture ideology instructs us that we need to cast out people guilty of offenses, however minor, against a marginalized group, and that we should purge the remnants of a racist, sexist past. However, since this pseudo-religion is secular, made by us, we can change it. We can replace cancel culture with a culture of forgiveness.

Usually, though certainly not always, the canceled deserve some of the censure they receive. But most do not deserve the destruction of their reputation and removal from public life.

University cancellations often happen because students or faculty demand them

College leaders do not always initiate college cancellations. The usual pattern goes as follows: some people take offense; they petition or protest or just complain on Twitter. Administrators follow their lead.

Tenured psychology professor Charles Negy at the University of Florida tweeted controversial remarks about “black privilege” and questioned “systemic racism” in the summer of 2021, The College Fix reported. For this, nearly 35,000 people signed a petition calling for his firing, and others protested at his home. The administration fired him.

Julie Overbaugh, a virologist dedicated to HIV research, was forced out of a position of leadership at the Fred Hutchinson Cancer Research Center due to accusations of racism, The Fix reported in March. Someone had emailed Overbaugh’s employer a photo of her dressed as Michael Jackson in blackface for a Halloween party in 2009.

In many cases, the guilty confessed their sins and got canceled anyway. “An apology from me to the Black community, to women, and to all of you is not enough,” renowned psychiatrist Jeffrey Lieberman wrote before Columbia University suspended him from his post as chair of its medical center. He had posted an objectionable tweet about a black model.

Julie Overbaugh “engaged in an intensive education and reflection process” for her Michael Jackson cultural appropriation, according to The Fix.

One hundred and twelve speakers, signs, statues and other targets canceled on campus during the the 2021-22 academic year, and another 74 attempted cancelations, according to The Fix’s Campus Cancel Culture Database.

The many incidents this year included the removal of a picture of white men smoking cigars at Leiden University in the Netherlands, taken down because a single scholar complained.

Demands for cancellation are powerful.

However, what if others had called out excessive protests or asked for forgiveness for minor harms? If a chorus had chimed in to call for the forgiveness of Overbaugh or the preservation of a painting, for example, perhaps university leaders would have reacted differently.

A majority calling for mercy might replace outrage with reconciliation.

There is no future without forgiveness

“I have often said that in South Africa there would have been no future without forgiveness,” Desmond Tutu, the black Anglican Archbishop who helped dismantle apartheid as chair of the country’s Truth and Reconciliation Commission, wrote in “The Book of Forgiving.” “Our rage and our quest for revenge would have been our destruction. This is as true for us individually as it is for us globally.”

Tutu and other leaders began to heal South Africa’s ugly racial history by granting amnesty to hundreds of people guilty of politically motivated crimes, including murder. Though the situations are vastly different, those who would cancel people for far lesser infractions should heed their example.

Forgiveness restores community. It would have reintegrated individuals like Lieberman and Overbaugh, whose talents we lost when we cast them out. Having confessed, they are even more likely to treat others with sensitivity and dignity.

Even more, while religions have taught and inspired the practice, anyone can embrace it. Secular psychology endorses it on the grounds that it promotes individual and collective well-being. “When you learn to forgive, you are no longer trapped by the past actions of others and can finally feel free,” according to an article published by Harvard Medical School.

Secular Jewish philosopher Hannah Arendt reflected eloquently on the power of mercy. “Forgiving…is the only reaction which does not merely re-act but acts anew and unexpectedly, freeing from its consequences both the one who forgives and the one who is forgiven,” she wrote in “The Human Condition.”

‘Tis the season to forgive

We are in the midst of the season when many of us cherish generosity and goodwill.

Fred, in Charles Dickens’ classic “A Christmas Carol,” (pictured) well expresses that spirit in a way that transcends religious creed:

I have always thought of Christmas time, when it has come round…as a good time; a kind, forgiving, charitable, pleasant time; the only time I know of, in the long calendar of the year, when men and women seem by one consent to open their shut-up hearts freely, and to think of people below them as if they really were fellow-travellers to the grave, and not another race of creatures bound on other journeys.

We are divided by many things, particularly race, though perhaps not in the way Fred meant it. But his celebration is something we all can share.

We have the power, if only we would use it, to honor the season’s culture of forgiveness and try to keep it all the year.