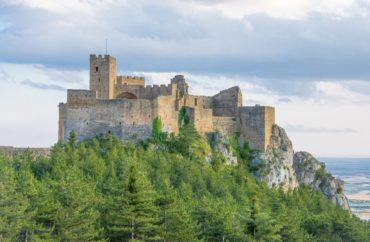 Princeton Professor Robert George recently criticized efforts to limit the teaching of Critical Race Theory and argued that the focus should be on combating bad ideas with more speech. He also urged the creation of institutes and centers and universities that promote open discussion.

I’m not sure that’s the right approach for conservatives — the better approach might be to retreat to our fortress universities instead of trying to build islands at the universities that do not want us.

“Universities, including state universities, are in need of reform–badly,” Professor George recently wrote on Twitter. “But the wrong way to do it is to ban the teaching of certain theories or the advocacy of certain positions.”

Universities, including state universities, are in need of reform–badly. But the wrong way to do it is to ban the teaching of certain theories or the advocacy of certain positions. The right way is to expand viewpoint diversity. Break the ideological monopolies and oligopolies.

He argued for “viewpoint diversity” by the creation of more centers like his James Madison Program at Princeton.

These programs and others like them at places like the U of Chicago, Penn, Johns Hopkins, Stanford, U of Texas, Oxford, Clemson, ensure that students will be exposed to, or at least have access to, ideas and arguments that aggressively challenge ideological orthodoxies on campus.

But universities that have shown hostility to freedom of discussion may not be worth trying to save. The Gospel has clear advice on what to do when someone’s message is not being welcomed: leave and go elsewhere.

At none of the universities hosting these programs do we yet have anything close to sufficient viewpoint diversity. (Top administrators at my own university have acknowledged the need for more.) But what we’ve acheived so far has massively benefited our students and institutions.

Conservative students should consider going to the fortresses of solidly religious universities like Franciscan University of Steubenville or a traditional Catholic college in Kansas.

Call it the Benedictine option.

I begrudge no one that wants to attend a liberal university and take on their professors and classmates. I detail the importance of doing so in an Editor’s Corner here.

However, prospective students should consider what they hope to get out of college. Do they want to be surrounded by drag queen events, professors calling white people racist and sex weeks? If you can get into the top school for engineering or chemistry and want to grin and bear it for four or five years then all the credit to you.

But paying $50,000 a year to fight with campus liberals might not be worth it when there are other options.

What is the purpose of going to college? The primary goal should be to improve one’s education and use that knowledge to establish a career. I’ve previously thought it was to be exposed to new ideas, but I’m not sure that’s either true or necessitates college.

You can watch a video from Ibram Kendi or read a book by Karl Marx if you want to learn more. But is being forced to do a white privilege acknowledgement part of the diversity of thought and being exposed to new ideas that we hear so much about? Is it worth it?

We might think of college as the opportunity to gain our knowledge and think of the fortresses of universities as the best way to do that without losing our faith and our moral compass. Students can go to Benedictine College or Franciscan and learn nursing, politics or mathematics and not become atheists.

No university is perfect, but growing in knowledge and faith is better than only growing in knowledge (or not growing in either). Loyola helped me learn how to argue to other students, but not because the professors there gave me the tools. In fact, much of the apologetics I learned about issues such as marriage and life came from reading books, like “What is Marriage?” and “Embryo.”

It’s admirable when professors and students try to establish conservative islands on campus or work to bring center-right speakers to campus, but we should rethink if that’s the best approach for all people, or if there are better ways.

MORE: Catholic priest gives advice on how to stop ‘After School Satan’ groups