Reporters naturally flock to academia for insight into disasters, natural and man-made, but unfortunately our modern era has resulted in more political, rather than logical, responses.

Regarding last month’s mass shooting at a Buffalo, New York supermarket, professors already have implicated the January 6, 2021 “insurrection” and the pro-life movement, and claimed the killer is a “mainstream Republican.”

One even recommended studying the historically dubious 1619 Project and works of Robin DiAngelo to help reflect on the tragedy.

The University at Buffalo recently asked several of its professors to weigh in on the topic, and their responses were — unsurprisingly — similar. For example, Henry-Louis Taylor Jr. partly blamed the massacre on opposition to the teaching of critical race theory and voter suppression:

“I keep making the connection that this attack can’t be seen as an isolated event; that it’s very much associated with the anti-critical race theory movement, and to the efforts across the country to suppress Black voters, and to the conditions of life under which our people live.”

These conditions, the urban and regional planning professor added, “suggest that Black lives do not matter” and “reflect another kind of violence” against black Americans.

Vice Provost for Inclusive Excellence Despina Stratigakos (pictured) invoked Nazi Germany, suggesting with a not-so-subtle jab at the previous president and GOP that the alleged “normalization” of white supremacy in the U.S. isn’t happening by accident. 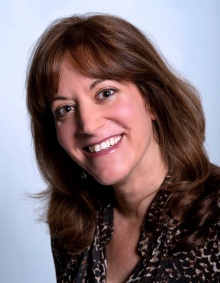 “Hitler’s regime attempted to construct a whole alternate reality to sustain and reproduce those beliefs,” Stratigakos, a professor of architecture, said. “They intended to embed this ideology so thoroughly into everyday life that it became imperceptible. To achieve this, they took over and corrupted the tools of democracy, including the judiciary, the media and academia.”

While you ponder how the American right is taking over those three areas (especially the latter two), Stratigakos said we cannot just hold the internet “or right-wing politicians and pundits” responsible for making white supremacy palatable because the country has never eliminated its “embedded racism.”

For history professor Carole Emberton, the issue is guns:

I think the national frontiersman mythology that made the American gunslinger iconic plays an important part. You see this repeated today when people say we need more ‘good guys with guns’ to stop mass shootings. But, of course, the historical reality is that the archetypal gunslinger used his weapons against Indigenous people and racial ‘others’ in the various campaigns to subdue and control those populations. So, white supremacy is an integral part of this frontier mythology.

The UB Center for K-12 Black History and Racial Literacy Education’s LaGarrett King said it is imperative that educators believe institutional and structural racism is a real thing in order for anything to improve. This means “unlearning” narratives which “ignore the history of race” and demanding professional development about “the history, sociology, psychology and economics of racism.”

A former University of Missouri education professor, King once said that history is “psychologically violent” and that sometimes white men get “triggered” when they’re called upon to “denounce actions of their ancestors.”