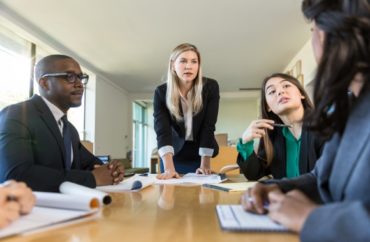 The University of Pittsburgh has published a “gender inclusive” and “non-sexist” language guide that advises the campus community to avoid the common expression “ladies and gentlemen.”

Instead, the Office for Equity, Diversity and Inclusion suggests using words such as “colleagues, guests, all, yinz, friends, people, students, folks.” Also on the list of words to avoid: “mankind,” “chairman,” “freshman” and “ombudsman.”

“In a similar ‘Sexist Language’ guide written by the University of Pittsburgh Gender, Sexuality, and Women’s Studies Program, the term ‘stewardess’ is considered ‘Sexist Language’ as well, and the guide recommends that students use ‘flight attendant’ instead.”

Language guides are not new to college campuses.

Earlier this month The College Fix reported on one from the University of Nevada-Reno, which advised the campus community to avoid the term “native Nevadan” when referring to people born in the state because it is “not respectful to Indigenous people who truly are native to the land here in Nevada.”

This past summer, Brandeis University’s language guide suggested avoiding the term “trigger warning”  because it contains the word “trigger.” The student-staffed Prevention, Advocacy and Resource Center at Brandeis University listed the term as “oppressive.”

“The word ‘trigger’ has connections to guns for many people,” the center’s website states. “We can give the same heads-up using language less connected to violence.” The center suggested instead of using trigger warning to use terms such as “content note” or “drop in.”

Brandeis students again made headlines in August when they added to the list: “I’m so OCD” (“suggested alternative”: “I’m very organized, detailed oriented”) and “whipped into shape” (could evoke “imagery of enslavement and torture” so try “organize,” “spruce up” or “put in order”).

Last year, the term “low-hanging fruit” was deemed offensive. “For African-Americans, if you say ‘low-hanging fruit,’ we think lynching,” Mae Hicks-Jones, an adjunct faculty member of Elgin Community College, said at the time.

In 2019, Colorado State University’s inclusive language guide made headlines for advising against using the words “America” and “American.”

In 2018, a gender inclusive language resource posted on the website of the University of Dayton — a Catholic institution — recommended avoiding the terms “husband/wife” and instead to use the words “spouse, partner, significant other.”

Editor’s note: After publication, on Oct. 28, the University of Pittsburgh issued a statement regarding the language guide: “The University of Pittsburgh is committed to supporting an inclusive and welcoming environment for all. This resource was created for campus community members as part of our ongoing effort to promote dialogue on gender identity issues. It is not part of any official institutional policy and does not necessarily reflect the views of the University.”