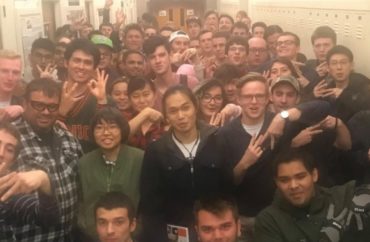 The popular tabling event for conservative campus groups appears to have played a role in the derecognition – or perhaps, refusal to re-recognize – the University of Washington chapter, based on correspondence among the campus, state and national organizations.

Last week the UWCRs posted an Oct. 23 letter from the College Republican National Committee to UW Vice President of Student Life Denzil Suite. It said the UWCRs had been using the CRs name without a charter since April 2018, when the Washington College Republican Federation revoked it for “conduct unbecoming a chapter.”

While the university was notified of the change and informed that a new authorized chapter, the Husky College Republicans, had been formed, UW inexplicably allowed the UWCRs to continue as a registered student organization and didn’t recognize the HCRs, the CRNC wrote.

The letter continues that both CRNC and WCRF “permanently de-chartered” the UWCRs for continuing to “engage in hurtful and inappropriate conduct.” The chapter’s behavior violates its policy that “campuses be free from hurtful or inappropriate speech and be a forum for safe, lively, and diverse opinions being expressed from every corner of America.”

The letter does not specify the “hurtful and inappropriate” conduct or speech by the chapter. But a May letter from the WCRF to the UWCRs, also posted by the chapter at the time, suggests that its planned affirmative action bake sale was the straw that broke the camel’s back.

It was sent a day before the event, which was scheduled in response to Washington state’s imposition of affirmative action over the will of the voters, who banned the practice in a 1998 referendum.

The state organization alludes to an agreement signed in January by the UWCRs and WCRF that allowed the former to “proceed with your planned events,” apparently referring to an ongoing dispute over the CRs name.

One condition of the agreement was that the UWCRs would behave “in a manner that does not reflect poorly” on any CRs organization “or the Republican Party at large”:

Your event would be a clear breech [sic] of this term.

We remind you that the UWCRs remain unrecognized by the WCRF or College Republican National Committee and will remain so until new officers are selected and provided that the above contractual term [not reflecting poorly] is met.

It promised to seek the derecognition of the chapter by UW if the chapter went forward with the bake sale. The UWCRs responded in a Facebook post: “Weak Republicans don’t support real protests that seek to solve real problems. We will not back down to liberals or [Republicans in name only] alike!”

UWCRs President Armen Tooloee told both campus newspaper The Daily and The Chronicle of Higher Education that the chapter was never informed that its charter had been revoked.

Asked to explain the letter it posted in May, the UWCRs told The College Fix in Facebook messages Monday that Tooloee was referring to proper notice of revocation, not that it was just blindsided by revocation.

“We were never given a formal written notice, hearing, or appeal,” it wrote. The May letter “was the first we ever heard of” being derecognized, however:

There was no official process taken and since we still don’t know the specific charges against the club, there’s nothing for us to appeal. None of our messages/emails to WCRF or CRNC have gotten a reply. We’ve asked several times for them to provide the proper documentation showing they followed the charter revocation process and as of today, they still have not.

The Daily reports that the UWCRs were scheduled to lose their campus email accounts, room reservations and office space on Monday. Administrators told the group the resources will go to the newly recognized Husky College Republicans, and that UWCR members can either join the new group or start a new group unaffiliated with the CRs.

Tooloee told the Chronicle that “it would be a shame to lose” the prominence the UWCRs earned as “one of the most successful [CRs] chapters in the country,” but it was considering those options.

He strongly denied there was anything untoward about the bake sales, which have sparked attempts to shut down or block conservative groups at other universities:

The affirmative-action bake sale, he said, “is a fairly typical, common event run by other Republican chapters, and none of the others have faced any pushback for holding these events.” If the bake sale were at the heart of the national committee’s objections, he said, “we’re being held to a different standard.”

The dispute with the WCRF preceded a major legal victory for the UWCRs. The university paid the club and its lawyers more than $120,000, and agreed to get rid of security fees, to settle a lawsuit prompted by a $17,000 security fee demand to host the conservative group Patriot Prayer.

The UWCRs are controversial nationally for hosting anti-feminist provocateur Milo Yiannopoulos, whose appearance led to riots and a nonfatal shooting. UW President Ana Mari Cauce refused to apologize for letting the club host Yiannopoulos, asking how it could shut him down “and not shut down a Black Lives Matter protest?”

Read the CRNC and WCRF letters and news coverage.

IMAGE: College Republicans at the University of Washington/Facebook